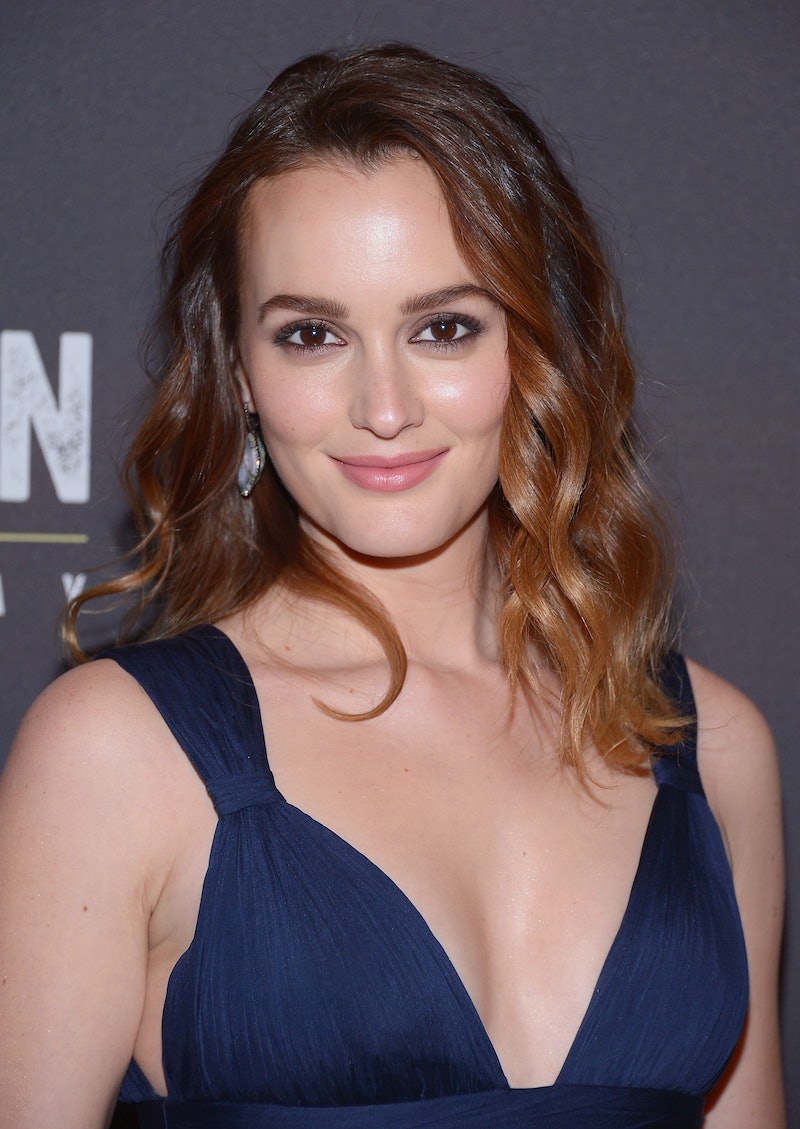 Leighton Meester probably doesn't have an issue with anyone who gives her major props for being an awesome actress and singer, but there's one title for which she clearly wants no fanfare: Feminist. (That's not to say that she doesn't believe there's a need to focus on and promote the cause of gender equality though — after all, just take one look at her beautifully penned feminist "Of Mice and Men" essay for proof.) During a recent radio interview with Broadway's Electric Barnyard, Leighton Meester told hosts that she's a feminist when she was asked, and then proceeded to sum up the topic perfectly: "Yeah, it shouldn't be some sort of sensational news item, it's something I think all people should say about themselves."

While Meester's explanation about being a feminist seems like it should be a no-brainer, but sadly, the combination of female celebrity and feminism isn't always a package deal. Plenty of famous women have rejected the title, potentially due to an unfortunate misunderstanding of what feminism actually is, or a fear of being negatively viewed (it's worth noting, for instance, that one radio station that aired Meester's interview tweeted out the link with an astonishingly rude accompanying message calling Meester an expletive for speaking her mind).

Most recently, for instance, The Big Bang Theory actress Kaley Cuoco-Sweeting said she isn't a feminist — although she later claimed her comments in the February issue of Redbook were taken out of context. However, the fact that not every female celebrity is willing to publicly align themselves with feminism still doesn't take away from Meester's point, which is that her decision to support something as basic and humane as gender equality shouldn't be lauded.

When female celebrities like Tyra Banks, Taylor Swift, Lena Dunham and Emma Watson speak out in favor of feminism — even, like Meester, just to say gender equality shouldn't be a revolutionary concept — it can seem a bit like a feeling of shock reverberates throughout the pop culture world, and it's instantly all anyone can talk about. Who can forget the huge media firestorm that sparked when Beyoncé declared herself a feminist? Or what about when Emma Watson did it? It's supremely sad that a female declaring herself to be a feminist — in other words, someone who supports the very simple concept of gender equality in all facets of life — suddenly becomes a topic for tabloid discussion and endless debate.

While it's certainly beneficial for celebrities to use their influence to promote feminism, it's great in particular to see that Meester is not interested in stealing the spotlight away from a cause that's much larger than any one person — which is the way that we should all be approaching feminism, celebrity or not.Listen to Meester's interview below: