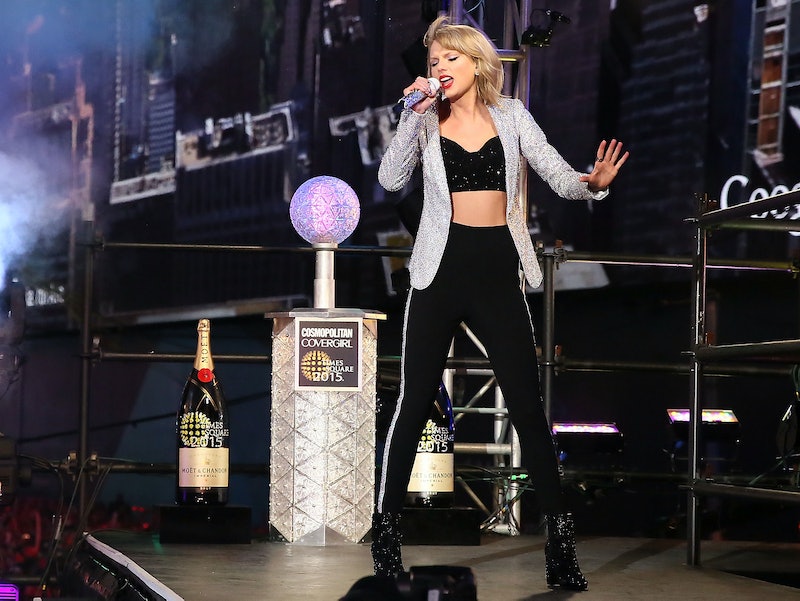 The numbers are in! On Wednesday night — a.k.a. New Year's Eve — there was one special that television viewers vastly preferred over the others: Dick Clark's Primetime New Year's Rockin' Eve on ABC dominated the night's ratings. The program, which featured performances from Taylor Swift, One Direction, Idina Menzel, and more, averaged an impressive 9.6 million viewers during the course of its three-hour run, completely crushing the competition airing on other networks: NBC's New Year's Eve with Carson Daly averaged 5.4 million viewers, for instance, while FOX's Pitbull's New Year's Revolution Pt. 1 averaged a modest 2.2 million. Womp, womp. Clearly, people were tuning in to ABC for a reason — and that reason was probably Taylor Swift.

The 25-year-old singer's new album, 1989 , was recently named the best-selling album of 2014 (and it was just released at the end of October, the end of the year), so I think it's safe to say that the United States is experiencing some pretty serious Swiftie mania at the moment. One Direction definitely helped the show to score big ratings, as well. We're not exactly experiencing 1D mania right now, but it does seem as though more and more people are discovering each day that Harry Styles is the sweetest/kindest/most breathtaking jewel of a man ever to exist on this Earth, so I have to believe that he specifically brought in loads of viewers. It just makes sense.

Of course, thanks to Disney's Frozen, Menzel's name is definitely a draw, too. We just couldn't get enough of "Let It Go" in 2014, could we? Performances from Elton John, Jason DeRulo, Lady Antebellum, Gavin DeGraw, and Fergie also contributed to New Year's Rockin' Eve's massive success. Good work, everyone!

So, which NYE special will reign supreme next year? If this year's ratings are any indication, probably the one that books Swift.