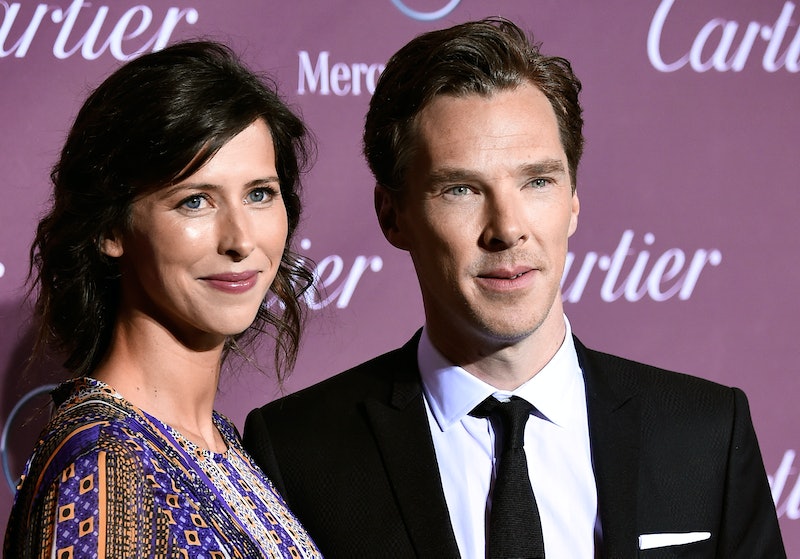 Now that he's engaged, everyone wants to know when will Benedict Cumberbatch get married? Well, the answer is probably not for a while and his fans are going to be very pleased about why. At the Palm Springs International Film Festival on Saturday, he spoke of his impending nuptials and clarified that we'll be waiting a bit to see him betrothed. "One thing at a time," the actor said to Popsugar.com. "I'm playing Sherlock now—just about to start—so my main focus is going to be on that."

Those are welcome words to fans of the BBC show who have had their fair share of waiting while Cumberbatch worked on other projects. It's a bit of a joke within the fandom that the seasons are each spread years apart to compensate for the time Cumberbatch has spent filming movies. Between seasons one and two he made War Horse, Tinker Tailor Soldier Spy, and a few other projects. Then between seasons two and three he dedicated two years to voice acting for The Hobbit franchise and starring in Star Trek amongst other films.

He's a very in-demand actor which has been hard for fans of the television show because often Cumberbatch will have to delay filming to participate in a movie. Fortunately for Sherlockians, it seems that when it comes to his personal life, he's willing to put it on hold to play his BBC role.

Now here's hoping Cumberbatch doesn't get scooped up by any other blockbuster hits so we can see Sherlock Season 4 sometime in the near future. It's about time it was made the priority, and I'm glad to see that Cumberbatch and his fiancee agree.