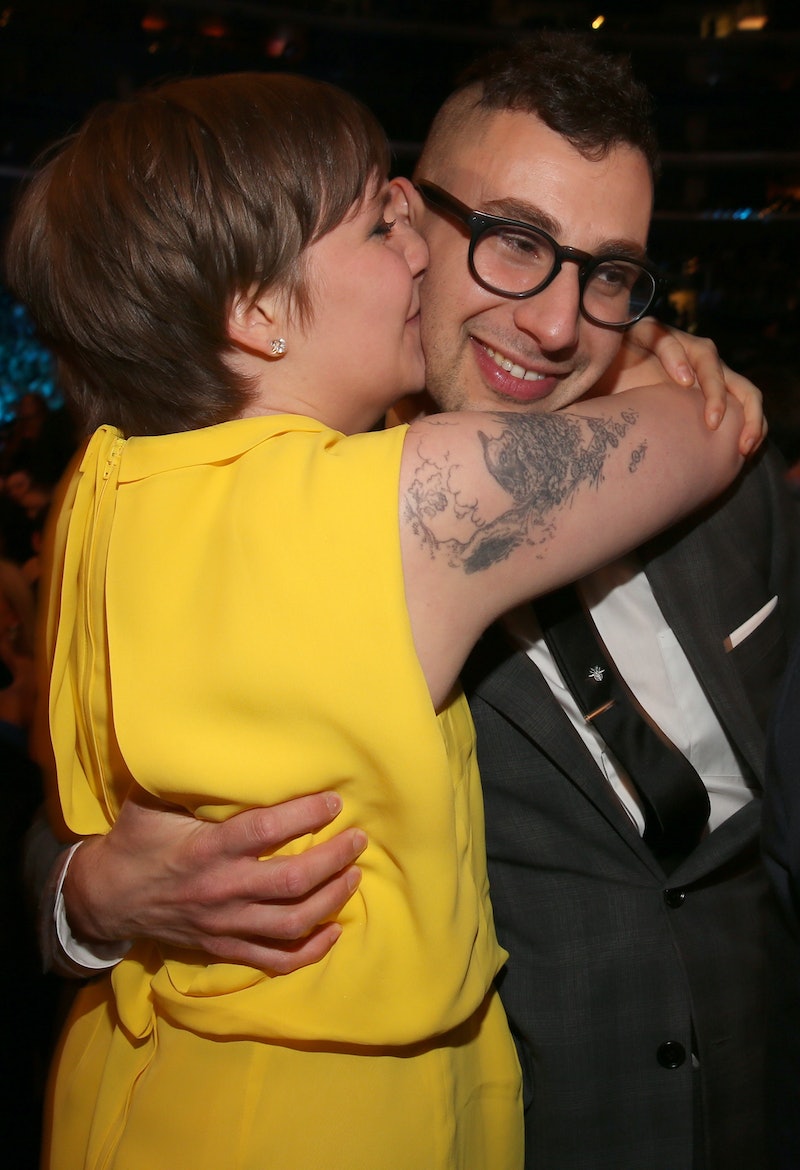 If Facebook news feeds are any indication, the holidays are the prime time for engagements. Seriously, it seems like there are proposals galore! While I'm much less interested in random people from my hometown popping the question, celebrity engagements are a whole different story. In other words, I actually care about those! So I've got to ask: Are Lena Dunham and Jack Antonoff engaged? After the Girls star posted a photo with some bling on her ring finger, the rumors began. From E! News to Perez Hilton, there have been plenty of people speculating.

According to E!, they reached out to Dunham's rep for comments, but haven't heard back. Since no one knows for sure, I'm going to go out on a limb and say I don't buy it. I mean, knowing Dunham's history of being outspoken, wouldn't she have shared the announcement herself? Personally, I think she would. Plus, it's a bit disappointing that people are trying to spoil the moment for her (if she is engaged) by announcing it before she's ready to share the news. It's like everyone is trying to steal her thunder.

In case you're curious and want to see for yourself, here's the photo that sparked the engagement rumors:

Yes, that's quite a rock on her ring finger. But before you get too excited, I decided to pull a Nancy Drew and investigate. I took a trip down memory lane (aka scrolled through Lena's Instagram feed) and discovered she's been wearing a ring on that finger for months. So unless she's been engaged all along without saying anything, I'm guessing she just likes wearing jewelry on that finger.

This picture is from two months ago. Same ring placement. Another observation? Her puppy PJs are awesome.

This one's even older: three months ago. If I'm correct, this is her ring finger too. (P.S. Great message on that button!)

Four months ago. Plus, that ring looks super similar to the one that sparked the recent rumors. Oh, and I totally had the same reaction when I got her book!

Conclusion? Unless she's really, really good at keeping such exciting news from the world, these two are just a happy couple, sans engagement.

Since that mystery is solved, here are a few photos of Lena and Jack. Because even if they're not engaged yet, they're still ridiculously cute together! So let's just appreciate their adorable existence, OK?