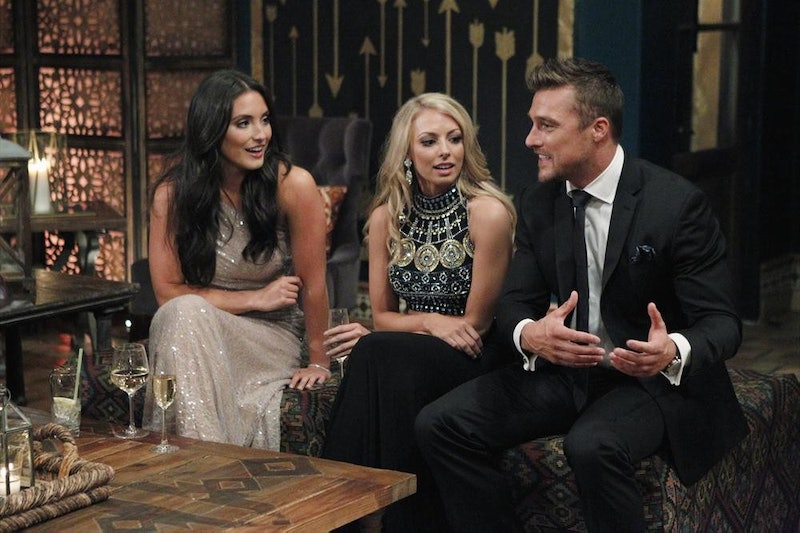 Now that we’ve had a while to forget the tragedy that was Juan Pablo’s season of The Bachelor, we can finally look forward to seeing Chris Soules on Season 19 of The Bachelor . I don’t know if I am quite prepared for all of the farming metaphors headed our way, but I am preparing for a little bit of a format shake-up this time around. ABC is changing the format of The Bachelor for the first episode, at least. While there's not much about changing it up further into the season, I hope a change-up means that maybe, just maybe Chris will get to bring a bunch of the girls back to the farm in Iowa. There would be nothing better than watching everyone attempt to use a shovel.

For now, we can at least look forward to the premiere shake-up. On this season on The Bachelor, women are fighting over the chance to marry the farming king of Iowa, Chris Soules (or as ABC annoyingly dubbed him “Prince Farming” — ugh), but they'll have to fight a little harder this time. (Of course, I am kind of skeptical about him being the lead on this season because while he is a spectacularly beautiful man, I am a little worried that his personality doesn’t go far beyond that. The only thing I have seen so far in the previews is Soules walking through cornfields and riding motorcycles. Are you trying to tell me that’s the only thing to do in Iowa? Because I believe it.)

But here's what you really need to know about the new law of the land in the Bachelor-verse:

There have been 25 girls before, 26 girls and even a whopping 27, but this season there will be 30 girls vying for Mr. Soules, which can only mean that there will be triple the skirmishes. While this change will certainly make things interesting for us, being in a house with 29 other women and one guy is literally my worst nightmare.

Splitting up the Girls

We all know that the best part of the premiere is watching everyone's creative limo entrances, because the producers encourage the contestants to make fools of themselves no matter how stupid it looks (come on, there is no way that these girls plan this stuff on their own). This year we get 15 entrances and then a lovely cocktail hour of getting to know the girls, and while the girls aren't so certain, we all know that there are more coming. Chris Harrison pulls our lovely farmer outside for a second round of 15 women, which naturally makes the girls inside lose their minds, because this is a recipe for instant jealousy if there ever was one.

The Episode Is An Hour Longer

Don’t forget to set your DVRs to record an extra hour for the premiere because Harrison and the producers of The Bachelor aren’t messing around. This premiere is going to be three hours long. Just for comparison, you will literally be watching these women vye for the attention farmer for the same amount of time you spent watching Wolf of Wall Street. I am not really sure which is worse.

I am a hardcore Bachelor fan, but even I don't know if I can make it through three hours of this stuff.