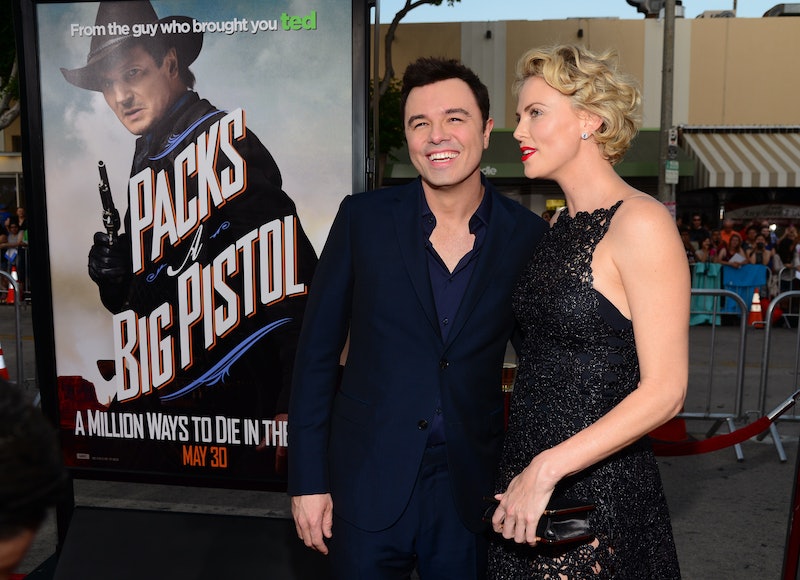 It's awards season, which means a general frenzy in the entertainment industry. As always, there's tons of drama and controversy leading up the events, with debates about who should win and who the political favorites are, whether the various academies and diverse enough, if the various hosts will bomb or be as good as Billy Crystal. It's pretty exciting news that Neil Patrick Harris, ever the showman, will be hosting this year's Academy Awards. And this Sunday, some more good news: the Razzies shortlist has been leaked!

If you're unfamiliar, the Razzies is the Mean Girl of the Awards circuit (the Golden Globes is your fun, drunk best friend). The Razzies "honors" the best of the worst movies, actors and directors of the year. Most of this year's awards go to actors and directors and the films themselves for The Interview, Transformers, The Expendables and A Million Ways to Die in the West, with some other contenders peppered in.

There's no such thing as too good of a good-bad movie (or maybe, no such thing as too bad of a bad-good movie?). You know, the ones you love to hate-watch that may or may not have developed a cult following? I'm thinking of Tommy Wiseau's The Room, here, of course; Showgirls also comes to mind.

It's always good to revisit these horrible movies to make yourself appreciate the quality stuff out there in Hollywoodland; to turn your brain off and watch the kind of swill that still cost millions to produce. It's crucial to note that not all bad movies are so bad they're good. Of the titles on the short list for the Razzie's worst movie, many are worth a hard pass like A Million Ways to Die in the West (Seth Macfarlane is Smug and un-funny) and Exodus: Gods and Kings, which was literally banned in Egypt); but some are worth a hate-watch.

It might be bad, but this movie will go down in history books. Some day we'll be telling our children about how Seth Rogen and James Franco almost ignited the third world war between the United States and North Korea. Even though the movie is terrible (I watched it on YouTube on Christmas Day), it's actually, by some bizarre turn of events, gonna be a cultural icon. Don't get left out of the conversation. Plus, Randall Park is pretty damn great as Kim Jong-Un.

Does not the title alone intrigue you?! Kirk Cameron, of Growing Pains fame but more importantly, religious zealot fame, made a movie about returning the Christ to Christmas. If Bill O'Reilly is a stalwart enemy of the War on Christmas, then Cameron is perhaps its archenemy. Notorious for having THE worst Rotten Tomatoes ratings of all time, Kirk Cameron blamed "an atheist conspiracy" for its bad ratings. Amazing.

Honestly, this is an unfair entry on the list. Noah was pretty good! Nothing special, and not unlike every other vague historical epic that Russell Crowe has been in, but pretty good nonetheless. Darren Arronofsky directed this iteration of the Bible tale, and the visuals are insane. This one borders the line between bad-good and just... actually a good movie. As I said, confusing.

If you're looking for more bad goodness/ good badness, you can check out the rest of the Razzie nominations.