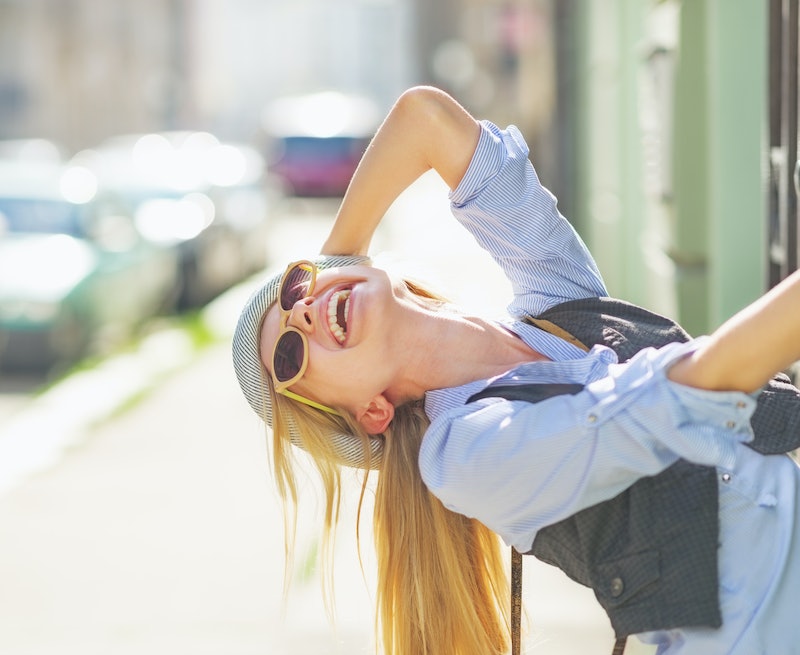 “Who hasn’t asked oneself, am I a monster or is this what it means to be human?” I have that Clarice Lispector quote on the wall above my desk, and there have been many, many times throughout my life where I’ve silently asked myself that question. Am I a monster to take pleasure in the bad things that have befallen those who have hurt me, or is it a completely human response? After all, who hasn’t, when alone with their thoughts, wondered at one point whether they’re a psychopath or not?

Who hasn’t giggled when they should have cried, or smirked when they probably should have been mourning instead? I mean, really, what does it take to know, for sure, if you’re a psychopath or just like everyone else? I know I’ve taken my fair share of quizzes on the subject, and I still haven’t gotten a straight answer. I can’t even get my therapist to either confirm or not confirm it.

Since we’ve already covered how to spot whether or not you’re dating a psycho, it’s now time to figure if you're actually the psycho in your relationship. It's pretty difficult to qualify as a full-blown psychopath, but you might very well have some psychopathic tendencies. Here 22 signs that, yes, you may just be harboring some psychopathic traits.

Note: Though the term "psychopath" does not show up in the Diagnostic and Statistical Manual of Mental Disorders (the definitive professional handbook of official mental health diagnoses), it is a term used by some mental health practitioners, such as Dr. Robert Hare, whose famous work the Hare Psychopathy Checklist forms the backbone of this article. Though this article is not a diagnostic tool by any means, it does utilize information gleaned from the work of mental health professionals who study psychopathic behavior.

You're The Charming One in Your Friend Group

And you know it.

Not to Mention the Manipulative One, Too

You scoff when people tell you that you can't always get what you want, because you always can.

...And You Can Turn That Charm On and Off at the Drop Of A Hat

True story: "More psychopaths are CEOs than any other profession." Why? Because they can go from sweet to sour practically on command.

Here's looking at you, Paris Hilton.

You Can Always Talk Your Way Out Of Trouble

... Or Just Smile Your Way Through It

Good thing mom and dad invested in braces for you.

In Fact, You’ve Never Really Been In Any Trouble

You innocent little minx, you.

Because It’s Always Everyone Else’s Fault

You're really big into deflection.

You Think You’re the Best

No, seriously; there's no comparison to you and the pions of the world.

And If You Do, It’s Obviously A Conspiracy

Or the world has flipped on its side.

You’re Incapable of Learning From Your Mistakes

Because you don't make mistakes.

You Have Zero Concept of What Guilt Feels Like

Even though you've said more than a few times, "I feel so guilty." Yeah, right.

...Or Empathy For That Matter

You think you felt it once, but you're not sure.

Shame Is a Foreign Concept

Only plebes are weak enough for that emotion!

Lying Is an Art You’ve Mastered

You don't even recognize the truth, if we're to be honest... not that you know what that word means.

... And It Requires No Effort For You At All

It's actually your first language.

You Believe Consequences Are Only For Other People

You know, those people who aren't smart enough to talk their way out of things like you do.

You Often See People as Pawns for Your Entertainment

And Most of All, You’re Pretty Sure You’ve Never Said a Sincere Thing in Your Life

Sincerity is for suckers.