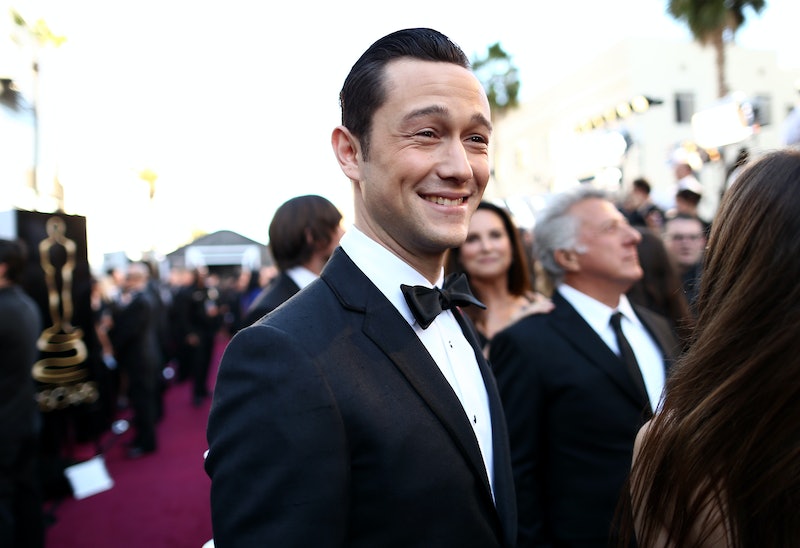 If you spend as much time stalking celebrities as I do, then you might have noticed that 2014 was a sad year for many female fans. Between Ryan Gosling and Eva Mendes having a baby to Benedict Cumberbatch getting engaged, it seems that all the leading men that girls love to imagine themselves with are being snatched up off the market. The latest person to break millions of hearts was Joseph Gordon-Levitt, who got married to Tasha McCauley near the end of the year, surprising and devastating the world in the process. Now that we've had time to nurse our private heartache and remember to be happy for JGL, it's time to cheer ourselves up. And the best way to do that is to think about the JGLs we do have a shot with.

The great thing about being an actor is that you can become many different people across films. JGL has an acting resume that is truly impressive considering he blossomed from child actor into well-respected adult actor, so it would take you all day to rank which ones of his roles would be the most and least attractive as a marriage prospect. However, when it comes to 11 of his most well-known roles, I was happy to do that ranking for you. Since you can't have the real JGL, which one of his characters should you spend the rest of your life with instead? Well, some options are better than others...

Eligibility: Although he started out as as a perfectly respectable soldier, Rex fell to the dark side and became The Doctor, working for Cobra and generally being a crazy psychopath. He's very smart, though. Very smart.

Should You Marry Him: Um, no, he's crazy. And he didn't even come back for the sequel.

Marital Status: Single, aside from a one-night stand with a woman named Sara

Eligibility: Joe is a looper, whose job it is to kill and dispose of victims who are sent back in time and who does his job well until his own older self gets the drop on him and runs off. What happens after that is kind of convoluted, but people die.

Should You Marry Him: He kills people for a living. So, no.

Eligibility: Brendan started out as your average high school student and then somehow fell in with organized crime, heroin dealers, and people who, for some reason, really love fistfights and cryptic conversations.

Should You Marry Him: He's got a lot going on. It wouldn't be a good idea.

Eligibility: JGL appeared for an uncredited cameo in The Interview before the world found out he'd gotten married. So, technically, at the time he and McCauley were just boyfriend and girlfriend.

Should You Marry Him: Spoiler alert — he and McCauley get married. So... no.

Eligibility: Tom spends most of the film pining after Summer despite her repeated statements that she doesn't want an actual relationship with him. When he and Summer break up, he moves on to Autumn and the cycle of unrealistic expectations begins anew.

Should You Marry Him: Not unless you understand that his expectations will always be drastically different than your reality.

Eligibility: Jon, known as the titular Don Jon, has a pornography addiction that ends up driving a wedge between himself and a woman named Barbara — although her unrealistic expectations of what relationships are like didn't help.

Should You Marry Him: He's grown a lot by the end of the movie, so he's well on his way to husband material.

Eligibility: In this animated, sci-fi adaptation of Treasure Island, Gordon-Levitt voices a Jim Hawkins who might be a bit angstier than the norm, but is still clever, funny, and sweet.

Should You Marry Him: He might be a pirate, but he's a pirate with a heart. Swoon away.

Should You Marry Him: Back off, he's mine.

Eligibility: Adam's struggle with cancer provides a poignant backdrop to a tale that's actually of friendship and romance — and blurring the lines between doctor and patient. But that is neither here nor there.

Should You Marry Him: Absolutely. Adam's a sweetheart.

Should You Marry Him: HE'S ROBIN. (Answer: Yes.)

Cameron James, 10 Things I Hate About You

Eligibility: Before he broke into mainstream fame, Gordon-Levitt gave the world a case of retroactive recognition by appearing as Cameron in 10 Things I Hate About You. This kind-hearted Nice Guy just wanted to date the popular girl and in doing so caused, well, the whole plot.

Should You Marry Him: Well, duh.

More like this
Remember When Benedict Cumberbatch Announced His Engagement In A Newspaper Ad?
By Hugh McIntyre
G Flip Shared How They Got Romantic With Chrishell Stause & Discussed Babies
By Brad Witter
Kelly Osbourne Found Love In Her Best Friend & Now They're Expecting
By Vivian Iroanya and Rachel Mantock
Kourtney & Travis Made Their Marriage Legal & Drove Off In A "Just Married" Car
By Bustle Editors
Get Even More From Bustle — Sign Up For The Newsletter