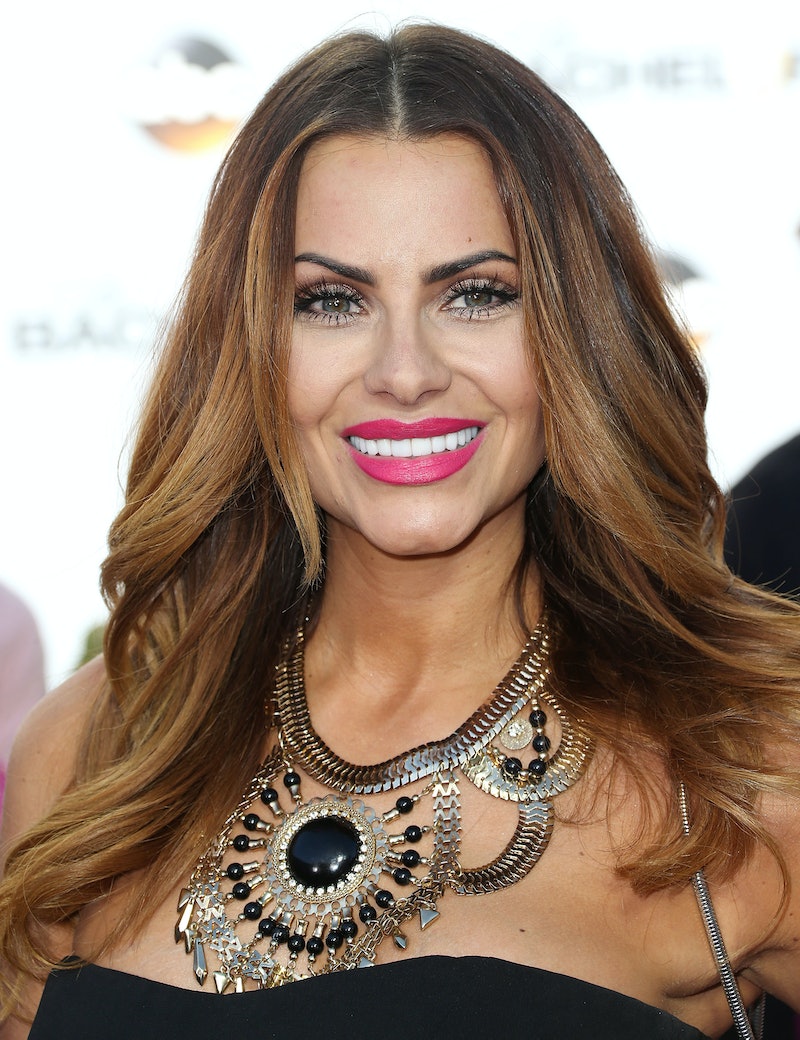 Wow, that was fast. Before the first elimination, the season premiere of The Bachelor got vicious and it wasn't even because of the women vying for Chris' heart. After Britt and Chris shared their first kiss, Michelle Money piped in during the nonsensical live interview portions of the evening and took down the first impression rose winner's shining moment: "I heard a rumor," she tells Chris Harrison. "I heard that [Britt] doesn't shower." Update: Apparently, the women say that Britt doesn't shower, but there may be more to the story.

Are you freaking kidding me? I know the Bachelor -verse isn't known for maturity and lord knows I'd be insane to go seeking good behavior here, but I kind of can't believe that actually happened. Michelle has been on TV many, many times before. She knows how to behave. You'd think she could show a little restraint.

But instead, we find a typical stereotype: the hippy dippy girl who loves hugs doesn't shower. She wears bracelets made of colorful beads, there's no way she cleans her hair, right? There's better logic in a game tetherball than there is in the surfacing of that "rumor."

Luckily for Britt, it seems that Twitter is on her side. Shower or nay, Britt and her unlimited hugs have won over Chris' fans:

And for what it's worth, Michelle maintains that she's A. Not wrong about Britt and that the details are TBD and B. Not being mean. Even if it kind of weird to bring that up without any prompting on live television.