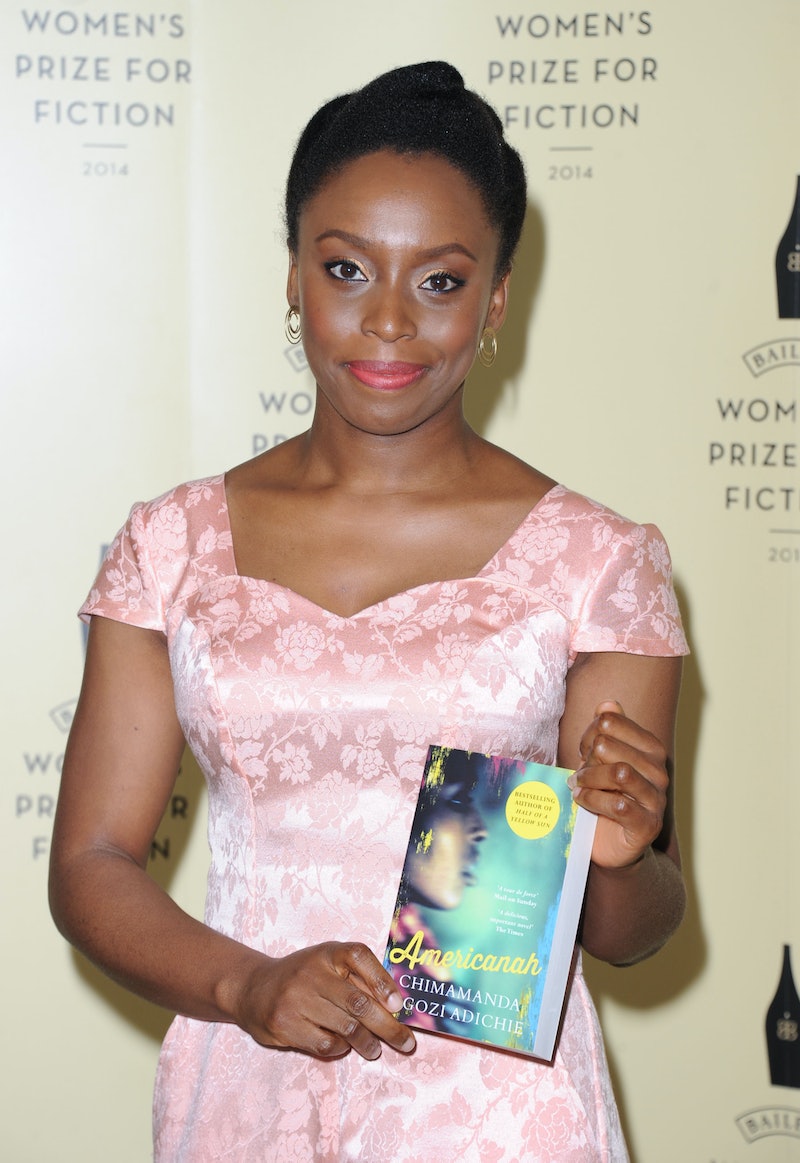 Creative inspiration can come from anywhere. Fashion inspiration is a form of creative inspiration. Fashion inspiration, therefore, can come from anywhere. (Thank you, transitive property.) So why, then, do the same names — normally of particularly prominent screen or stage stars — prove consistently cited as the definitive sources of fashion without any fresh names thrown into the mix? Sure, Audrey Hepburn's style will always be the definitive source of all things LBD, just as Taylor Swift will always be queen of the crop top, but isn’t there anyone else?

Some of the greatest and most commonly overlooked style stars come from the literary world, where the number of fashionable female authors is far more plentiful than “Best Dressed” lists make it seem. Certainly the fashion choices of these women are (and should) not be the reason for their success. But it must be noted that a great deal of women writing today consistently undermine the notion that to be taken seriously as a professional means to dress exclusively in black, navy, or maybe an even pinstripe. Women like Joan Didion, Zadie Smith, and Chimamanda Ngozi Adichie are proving that fashion inspiration can indeed come from anywhere — providing examples of strong female voices through both the words they write and the clothes they so expertly wear.

To name Joan Didion (Slouching Towards Bethlehem, The White Album) as a source of fashion inspiration is certainly nothing revolutionary. In fact, the legendary essayist was just revealed as the new face of Céline, something that should come as a surprise to virtually no one, and something that made everyone incredibly excited — as it frankly should. Whether leaning on the driver’s door of a Corvette in the 1960's posing for a LIFE Magazine portrait or standing beside President Obama in 2012 accepting a long-overdue National Humanities Medal, Didion exudes an elegance distinctly American in its simultaneous singularity and simplicity. Her oversized button-ups and sunglasses, her crisp white tees and tailored trousers, her middle-part and structured bob, all read as unique but still universally accessible — mirroring the distinctiveness that makes Didion’s writing so beautiful.

Out of all the women on this list, Chimamanda Ngozi Adichie (Americanah, Purple Hibiscus) has been the most outspoken when it comes to a love of fashion — a passion she perfectly describes and defends in her brilliant personal essay, "Why Can’t Smart Women Love Fashion." Adichie (a native of Nigeria who first arrived in America to attend university) explains the struggle to be taken seriously as a young female writer interested in wearing more than just jeans and a t-shirt:

"Women who wanted to be taken seriously were supposed to substantiate their seriousness with a studied indifference to appearance. For serious women writers in particular, it was better not to dress well at all, and if you did, then it was best to pretend that you had not put much thought into it. If you spoke of fashion, it had to be either with apology or with the slightest of sneers."

According to Adichie, however, such rules were inevitably meant to be broken:

"Perhaps it is the good fortune of being published and read seriously, but I no longer pretend not to care about clothes. Because I do care. I love embroidery and texture. I love lace and full skirts and cinched waists. I love black, and I love color. I love heels, and I love flats. I love exquisite detailing. I love shorts and long maxi-dresses and feminine jackets with puffy sleeves. I love colored trousers ... I admire well-dressed women and often make a point to tell them so. Just because. I dress now thinking of what I like, what I think fits and flatters, what puts me in a good mood."

Staying true to this mantra, Adichie always seems to bring her A-game, taking chances with bold prints, bright colors, and unconventional silhouettes, constructing a wardrobe as vibrant and strong as her astounding literary achievements.

Zadie Smith (On Beauty, NW) has never been quite as vocal on fashion as Adiche, but her style is still equally as unapologetic. When the two authors recently sat down in discussion with one another, Smith had this to say when pressed on her status as a style icon of sorts:

"I don't like to look vulnerable. That's not a look that particularly interests me."

Indeed, the London-born Smith dresses in a fashion that, quite like each of her novels or short essays, is formidable in its uncomplicated intricacies. Rather, put more directly: Whether wearing a structured whimsical-print dress accessorized with a bold lip and rimmed glasses or a tailored black blazer and pants combo off-set by the color of a headscarf, Smith creates a personal style full of small details that create a strong look that proves entirely her own.

Born in Oakland, California, novelist Amy Tan is most well-known for The Joy Luck Club, a collection of interconnected short stories detailing the relationships between Chinese mothers and their first-generation American daughters. All full of intricate emotion and detail, the beauty inherent to each story finds its physical manifestation in Tan's wardrobe. Marked by a certain fearlessness, Tan's personal style means the occasional pair of cat-eye glasses, feather boa, or statement jewelry. Always with a sharply cut bob (proving, along with Joan Didion, that this is quite possibly the requisite hairstyle for legendary American female authors) Tan makes fashion shamelessly fun while always according it a certain amount of unmistakeable depth.

As the red carpets of 2014 have proved, Gone Girl author Gillian Flynn knows a thing or two about fashion. Despite personal testaments to the contrary — and a particular penchant for wine bags — Flynn upholds a classic style defined by chic silhouettes and a perfect touch of flash. Whether attending the Hollywood Film Awards in a killer black strapless gown or chatting with Jimmy Fallon on late-night TV in a structured pink dress, Flynn always achieves a subdued glamour Amazing Amy could only dream of.

Perhaps because she created characters that will forever help define girlhood in America, Judy Blume (Are You There God? It's Me, Margaret., Starring Sally J. Freedman as Herself), while not the most obvious choice for fashion inspiration, must certainly be included the discussion. Blume herself has never spoken in detail about her personal fashion preferences (with the exception of this great declaration of love for the color purple), but a quick scroll through Google Images and a distinct, all-American style begins to emerge — this is a woman who knows how to sport a chunky knit and a denim jacket. But furthermore, it's Blume's characters that seem to give her that style icon edge, their carefree spirits surely inspiring readers (this writer included) to take fashion risks well into adulthood.