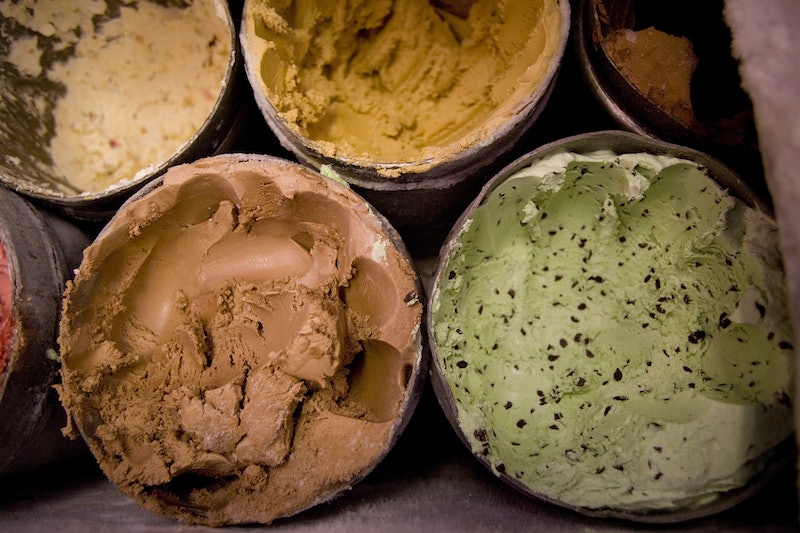 The next time someone tells you that it's stupid to drown yourself in Haagen Dazs after a breakup, you can come back at them with science! According to new research, wallowing after a breakup is actually good for you. Though it's worth pointing out they're talking psychologically, not about the potential health effects; I'm just saying, chocolate doesn't have a lot of nutrients.

According to a study in Social Psychological and Personality Science, taking the time to reflect on your relationship once it's over helps your emotional recovery, which seems kind of obvious, but now it's backed up by science. The study's authors investigated the "changes in self-concept" among recently separated people over the course of nine weeks. Since being in a romantic relationship — particularly a long term one — often causes a person's view of themselves to become intertwined with other people, the researchers wanted to see if introspection made a difference in how the recently broken up "reorganized" their self-concept.

To determine this, some of the participants were asked to come in and complete multi-method assessments, while other simply completed intake and exit assessments. And unsurprisingly, the researchers found that those who completed the more in depth assessments "reported larger decreases in self-concept disturbance over time" and demonstrated less "breakup-related emotional intrusion, loneliness, and the use of first-person plural words when describing the separation."

In other words, taking time to mull your relationship over is good for you.

There are lots of ways to survive a breakup, from diving into some good books to diving into a pint of ice cream, from blasting breakup music to not under any circumstances talking to your ex. And while other studies have shown that continually dwelling on negative experiences isn't good for you, that doesn't mean you don't need to time to process this new development in your life. Because even though sometimes breakups can be a good thing, they rarely feel like it at the time. And no matter what you feel, you still need to work through what this change means.

So while this study doesn't specifically recommend hanging out in your sweatpants and dulling the pain with sugar and Netflix, it does make it clear that trying to go straight on with your life without giving yourself the processing time you need is bad for you to. If you're going to sort through who you are and what your life is now that you're single again, you need to reflect on that. So wallow away, my friends. Wallow away.