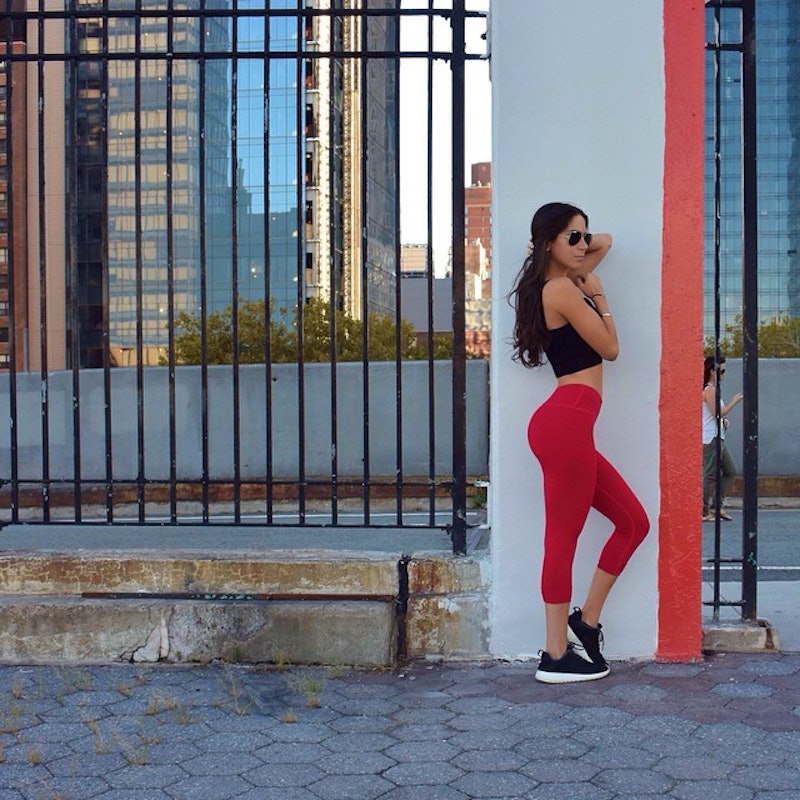 Here's something interesting. The next time some bozo tries to draw a connection between a woman's mind (or lack thereof) and her love for "shaking her ass," you can inform said bozo that actually, having a big butt is good for your brain. So there. (Hey, if science is going to be weird, at least it can also help you deflect some of the idiocy out there while it's at it.)

According to a study out of no less a prestigious institution than the University of Oxford itself, having a big butt is good for your mind, body, and even your kids. Apparently people with fat stored in their gluteofemoral region (your thighs and rear end) are more likely to produce hormones to metabolize sugar, lowering their risk for things like diabetes and heart disease. Whereas people whose bodies store most of their fat in their abdomen are at greater risk for such things, as well as other health problems associated with obesity. Not surprisingly, given all this, having a big butt is thus linked to having a longer life.

All of which makes a certain amount of intuitive sense, but what's this about a big butt making you smarter? How does that work? Well, it turns out that having a big butt means your body is also more likely to have higher levels of omega-3 fats, which is good for your brain. In other words, your "fat ass" is making you smarter. Congratulations. It's science!

It seems 2014 was the year that mainstream America seemingly fell in love with big butts — there was Nicki Minaj's "Anaconda" music video and that time Kim Kardashian tried to use her rear end to "break the Internet." Even Vogue declared that big butts are cool, an admission that seemed to set their teeth on edge. But despite all the hype that big booties got this year, the truth is that having a larger derrière — or a small one — isn't really something that goes in and out of style. Body parts are not fashion accessories (duh), and all people should absolutely feel good about loving their butts, no matter their size.

But still, there are people out there who think that what type of body you have says something about who you are as a person, and those people often seem to draw all sorts of negative conclusions about people with big butts — which probably has something to do with generations of racism and the fact that big booties are historically more common among black and Latina women. Fortunately, though, you can now tell them that not only is having a generous rear end good for your health, it's also good for your brain. And unlike their illogical, biased opinions, your points are (baby got) backed up by science.

More like this
Wimbledon Alters All-White Kit Rule Amid Candid Period Discussions
By Catharina Cheung and Rachel Mantock
How To Deal With A Partner Who Body Shames You
By Lexi Inks
Here’s Your Daily Horoscope For November 30, 2022
By Mecca Woods
Here’s How To Find Your Spotify Wrapped
By Emma Lord and Emma Carey
Get Even More From Bustle — Sign Up For The Newsletter