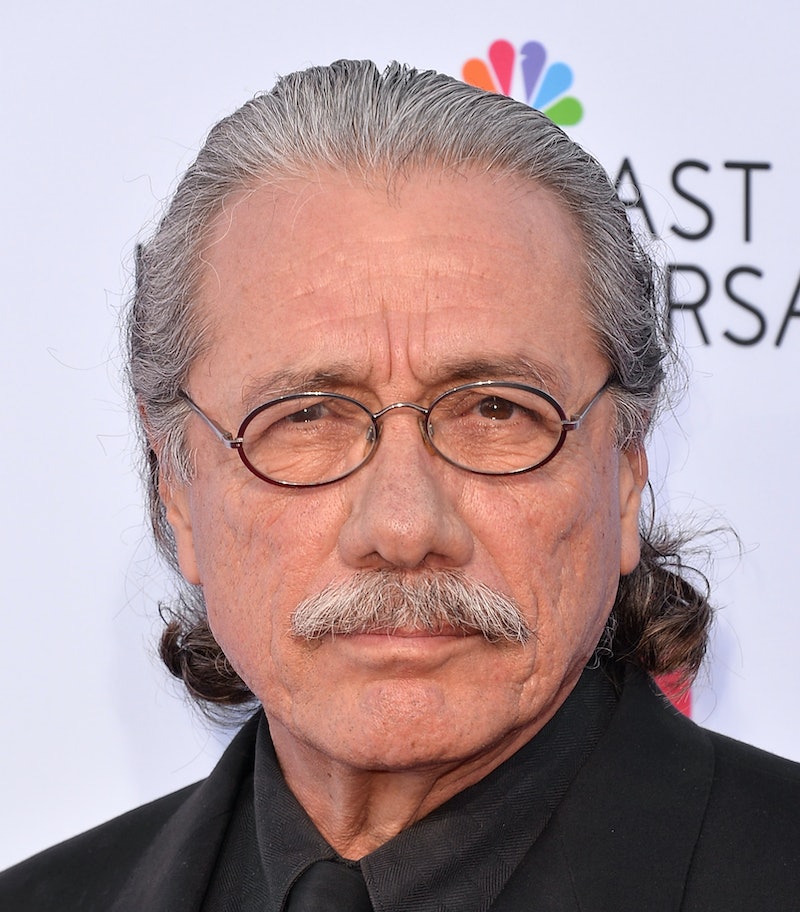 Commander Bill Adama is coming to the S.H.I.E.L.D. Bus. On Thursday Marvel announced that Edward James Olmos, will appear on Agents of S.H.I.E.L.D. when it returns to television on March 3. Olmos, who starred as Commander Adama on Battlestar Galactica, is also known for his work on Miami Vice, Blade Runner, and his Academy Award-nominated role in Stand and Deliver. According to Marvel, Olmos will play Robert Gonzales, a character whose appearance "will have massive repercussions for Director Coulson and his team."

Now that the announcement of Olmos' casting has arrived, we can continue onto the serious business of creating ridiculous conspiracy theories. With both Lawless and Olmos playing guest roles, fans may actually be getting the Galactica-S.H.I.E.L.D. crossover we never knew we wanted. Here's what I'm thinking: Hartley was actually a cylon. After being resurrected in her new body, she vowed revenge on the S.H.I.E.L.D. team that let her die. Director Coulson calls on the best cylon expert known to man, Bill Adama, working under the pseudonym Robert Gonzales. Hijinks ensue. I'm positive this is what's going to happen, as it's the only logical response to these Galactica-themed casting choices.

Unfortunately for fans, we still have a few months to theorize about what Olmos is actually going to be doing on Agents of S.H.I.E.L.D. We'll see if Robert Gonzales is a villain, or someone who would do Bill Adama proud. Until then, I'm going to attempt to figure out how Skye and the Inhumans could factor into the Battlestar Galactica universe.