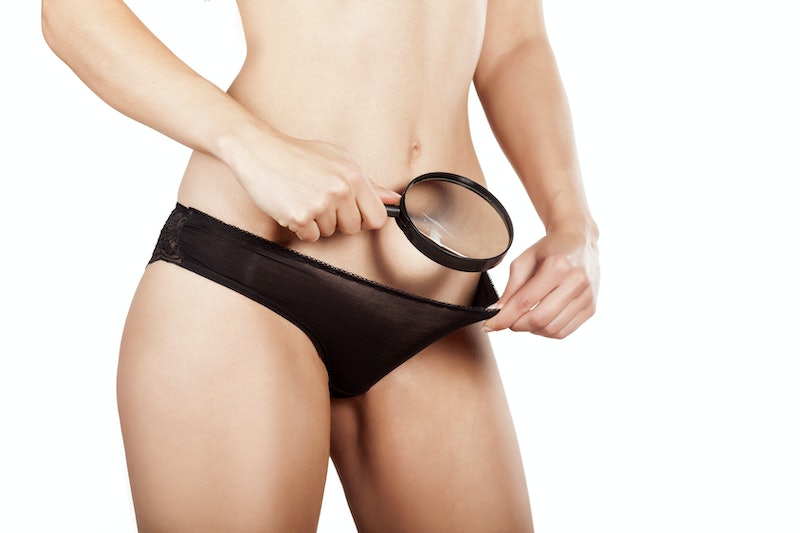 Regardless, the news stirred up a fair amount of hubbub about whether the conclusion was scientifically accurate. And this certainly seems like as good a time as any to clear up some other misinformation about your lady bits. Here are two big ones from the Daily Dot (there are several more over on their site):

“Having lots of sex will make you less 'tight' down there, and will decrease your partner’s pleasure”

As sexual physiology expert Michael Castleman explains in Psychology Today, the vagina is incredibly elastic, and is designed to expand and contract during and after sex. “Intercourse does not permanently stretch the vagina,” he writes. “This process, loosening during arousal and tightening afterward, happens no matter how often the woman has sex.”

There is no woman on Earth who has not, at one point or another, felt self-conscious about her own brand. Well, I’ve got news for you: You do not have a problem, and your vagina does not smell bad. That is, unless you have an infection of some kind, in which case, you’d know about it already—because every time you took your pants off, you would know. Trust me. That is how obvious it is.

And we've added a few other myths to the list:

1. Everyone can have a vaginal orgasm

Despite how frequently this fact is covered in the media, it’s still somehow surrounded by an air of mystery. And despite whatever your guy is telling you about his past conquests and the power of his vagina-taming penis, this simply isn’t true. In fact, studies show that only 1 in 3 women experience vaginal orgasms. But that’s OK! Most women get off with clitoral stimulation, and you can read all about that here.

3. Birth control will make you infertile

I’ll hand this one over to Bustle’s Sarah Spruch-Feiner: “Contrary to popular myth, the pill not only has no negative impact on fertility but is actually sometimes used to aid fertility,” she says. “If you lead a healthy lifestyle, don’t smoke, and are in normal health, you could conceive pretty much immediately after stopping the pill.” Boom!

Head over to the Daily Dot to read their full list of vagina lies.