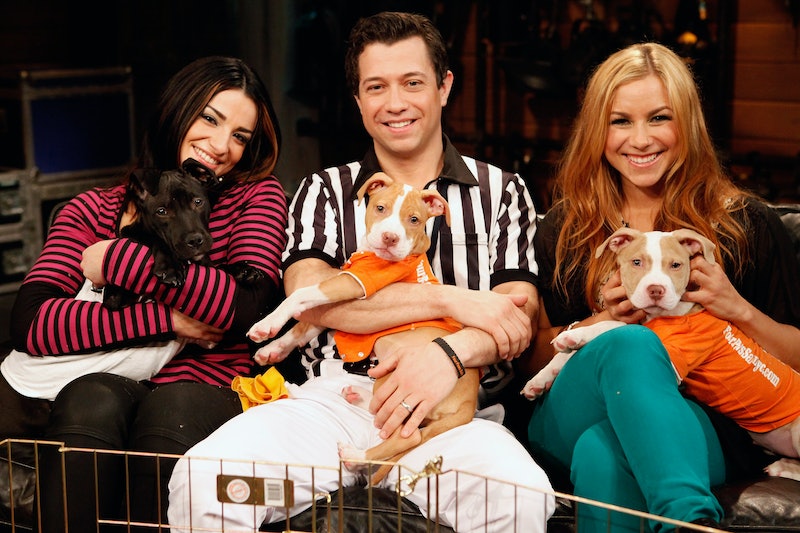 You have a few options for what to watch on Super Bowl Sunday, but the most important decision you'll have to make is whether you want to watch football... or adorable baby animals. That's right, Animal Planet's Puppy Bowl is back, but if you don't watch football, you're probably wondering when the 2015 Puppy Bowl is on. (I'll even give a pass for people who do like football since the whole NFL schedule can get complicated.) Here goes: the 2015 Puppy Bowl starts at 3 pm ET on Sunday, Feb. 1.

The Puppy Bowl Has Competition

This year, it's Puppy Bowl XI (that's 11 for you non-Roman-numeral-reading types out there). Last year, on the decade anniversary of the Puppy Bowl, the Hallmark Channel showed that it meant business by introducing the Kitten Bowl. Now, I am an equal opportunity adorable animal lover. I seriously love anything that is furry (which includes my super hairy boyfriend), but I must admit that I'm 100 percent obsessed with cats and like 95 percent obsessed with dogs. I think my preference to cats really stems from me having to defend them so vehemently because they get so much hate, while dogs are (for the most part) more universally loved. With that being said, I still absolutely adore the Puppy Bowl — it is the original animal bowl (it took 10 years for kittens to get their own gig — really?). And I usually am of the mind that the original is the best.

And The Puppy Bowl's Got Other Cute Animals

Plus, the Puppy Bowl doesn't just focus on dogs — it features hamsters, hedgehogs, penguins, and, yes, kittens too. But you still may be conflicted on whether you should tune into puppies or football, especially since the 2014 Super Bowl was the most-watched TV program ever. Now, the NFL has been providing an excuse for people to think they are entitled to watching TV all day and get outrageously outraged at something they have (relatively) nothing to do with for the last 95 years. (OK, so the NFL was founded in 1920, and they haven't been snatching people's lives away via TV for all 95 years, but you get the picture.)

Let's break up this rant with another puppy GIF:

The Puppy Bowl Gets You

Despite my view on the NFL (which is very complicated and would lead to much rambling) and the sport of football in general, I still like to watch the Super Bowl as a lover of TV (which leads to all sorts of conflicted feelings for adding to the viewership). But did you see that halftime performance by Bruno Mars last year?!? Better than Beyoncé's. (There. I said it.) The Super Bowl is a pop culture experience — with an added bonus of being able to consume all of the beers and wings in the world while watching. It's hard to turn off the Super Bowl for even a second though since it also dominates TV by even making the commercials unturnoffable.

It's For a Good Cause

On top of its accommodating schedule, another thing that makes me so pro-Puppy Bowl is the fact that they promote animal adoption, which is honestly one of the things I am most passionate about. (Also, I can't imagine puppies ever having to do a No More PSA.)

ALL OF THE PUPPIES

The Puppy Bowl XI lineup is available to pursue so you can pick your favorite puppy and get pumped up. And don't worry — Katy Cats can still catch Katy Perry's halftime show in the midst of the puppies and kittens. So check out one of the least controversial things on TV on Feb. 1, 2015 — the Puppy Bowl. And let's not battle about Puppy and Kitten Bowls just yet — they're just little puppies after all.