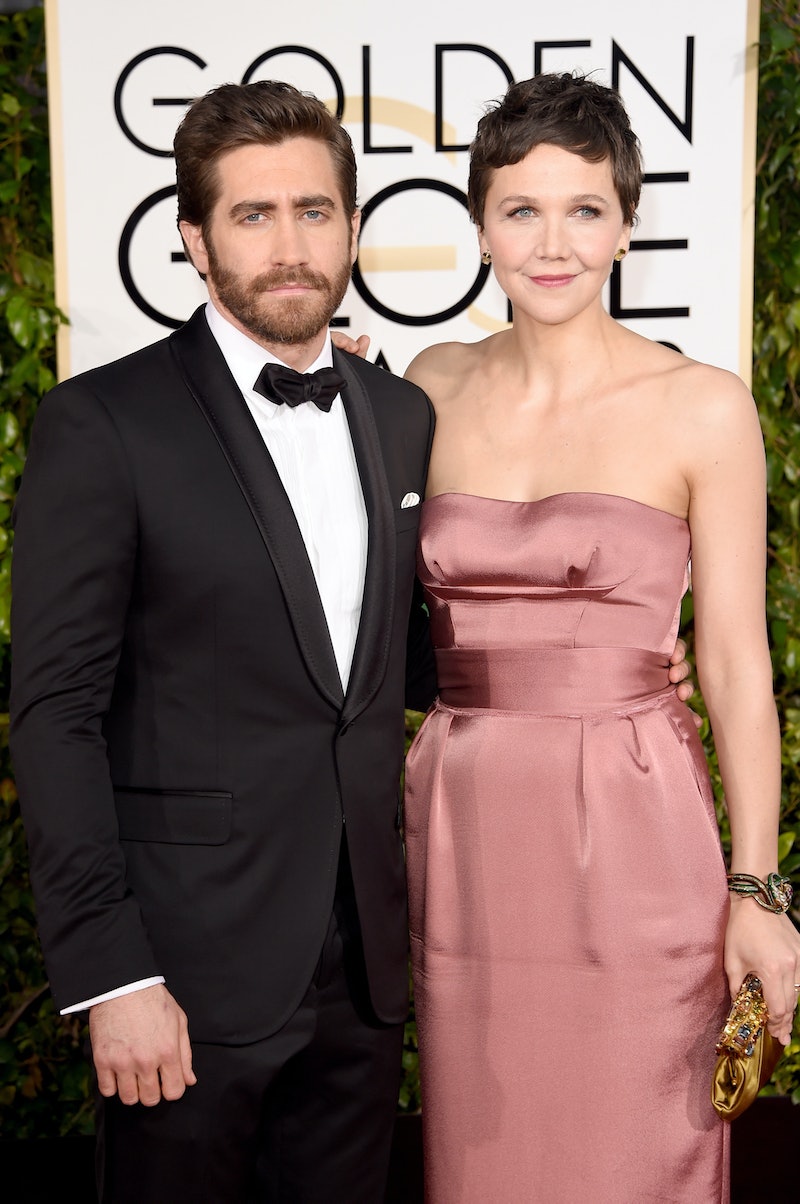 The celebrity pairings we’re most inclined to get fired up over, especially when it comes to awards night red carpets, are usually of the sordid, scandalous, and altogether dramatic variety. But there’s something to be said for that rare case of sweet and heartwarming: in the run-up to this year’s Golden Globe Awards, holding that precious honor is the brother-sister duo Jake and Maggie Gyllenhaal.

A member of Hollywood’s top tier of celebrity crushes, Jake Gyllenhaal attends the Golden Globes this year as a Best Actor in a Drama Film nominee for the strange and stellar Nightcrawler . A slightly lower profile but nonetheless impressive nomination comes to Maggie for her lead role in the television movie The Honourable Woman. But the glory of either outstanding performance is trounced by the affable kinship displayed on the red carpet.

“The thing I was most excited about was her getting nominated,” Jake told NBC with vivid affection. “I spent my childhood watching her and looking up to her.

Maggie did him one better, conducting that hybrid of compliment and loving insult that only an older sister of the highest caliber can muster. “I’m tired of hearing everybody say how creepy he was in [Nightcrawler]!”

She qualified this ubiquitous description of Jake’s celebrated turn by explaining, “[His creepiness is] with some kind of joy, some kind of relish,” adding, “He’s like a creepy clown.”

That’s the kind of sweet, sardonic brother-sister love that can wash away our cravings for all that romance gossip… at least momentarily. Congratulations, Jake and Maggie — both for your nominations, and also being the most adorable thing since Jessica Chastain brought her grandmother to the 2014 Oscars.