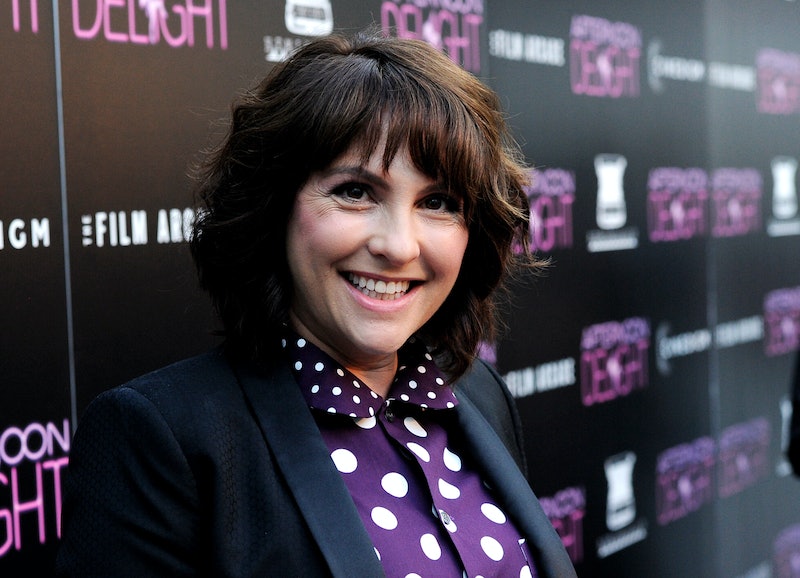 I hope you had your Kleenex nearby for Jill Soloway's Golden Globes speech. When Transparent won the Golden Globe for Best TV Series, Comedy of Musical, some might have been upset that Orange Is the New Black or Jane the Virgin were not taking home the prize instead. However, when the Transparent cast took the stage to thank all of the people who made their show possible, and made their show amazing, they threw out one name that truly resonated with the audience: Leelah Alcorn.

"I want to thank the trans community. They are our family. They make this possible," she said after thanking each member of the cast, and before thanking her own family. "This award is dedicated to the memory of Leelah Alcorn, and too many trans people who die too young."

Alcorn is a transgender teen who recently committed suicide after documenting her parents’ emotional abuse, sparking outrage and sympathy from the public. Transparent, a show that is about a Los Angeles family discovering that their father is transgender, is a series that literally would not be possible without the existence and support of transgender community — something Soloway respectfully acknowledged during her speech. The fact that Soloway took time to pay due diligence to the trans community, and especially Alcorn, was touching.

It ensures that Alcorn's memory will never be forgotten and that her final wish may one day come to pass: "My death needs to mean something. My death needs to be counted in the number of transgender people who commit suicide this year. I want someone to look at that number and say 'that’s fucked up' and fix it. Fix society. Please." Being mentioned, being honored, at the Golden Globes is one step forward for Alcorn's legacy, and that's truly amazing.

More like this
'Heartstopper’s Kit Connor Revealed Why He Doesn't Label His Sexuality
By Nola Ojomu
'Gentleman Jack’s Cast & Crew Are Keen On Season 3, Too
By Frances Stewart
'Heartstopper’s Joe Locke Has A Sweet Message For Queer Fans
By Sam Ramsden
The 'It's A Sin' Creator Revealed A Massive Detail That Didn't Make The Final Cut
By El Hunt
Get Even More From Bustle — Sign Up For The Newsletter