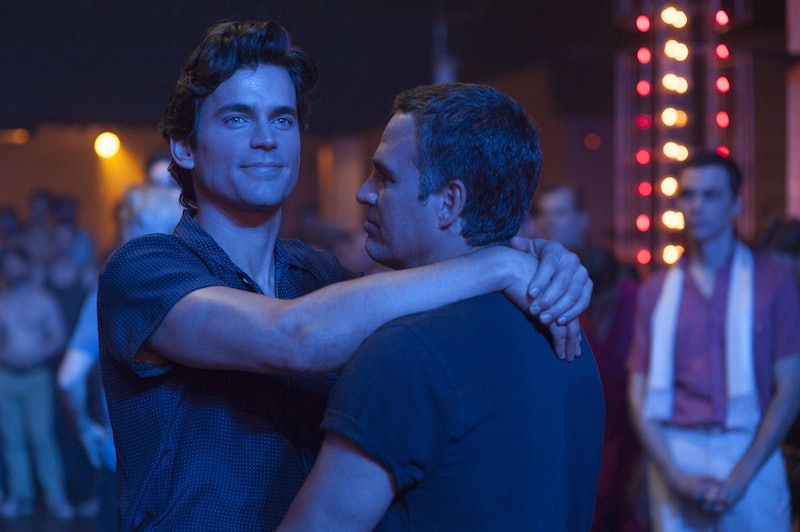 Matt Bomer devastated me with his performance in Ryan Murphy's The Normal Heart , HBO's adaptation of Larry Kramer's 1985 semi-autobiographical film about the AIDS crisis. He played Felix Turner, a New York Times journalist afflicted with the disease after falling in love with Mark Ruffalo's fiery activist Ned Weeks. And despite being the clear frontrunner for the 2014 Emmy Award, he was surprisingly passed over for Martin Freeman's role as John Watson in the BBC's Sherlock. Thank goodness, then, that the Golden Globes finally rectified the Emmys' mistake. Bomer just took home the trophy for Best Supporting Actor in a Series, Mini-Series, or Made-For-TV Movie, beating out Alan Cumming for CBS's The Good Wife, Colin Hanks for FX's Fargo, Bill Murray for HBO's Olive Kitteridge, and Jon Voight for Showtime's Ray Donovan. (Bomer's Emmy thief Freeman wasn't even nominated by the Hollywood Foreign Press.)

Bomer, most well-known for starring in USA's White Collar (and also appearing in Murphy's Glee and American Horror Story: Freak Show ), gave a performance that was both emotionally charged and physically impressive — the usually fit actor dropped down to a mere 130 pounds to play Felix at his thinnest.

But Bomer's win didn't come without a hiccup: when announcing his win, presenter Katie Holmes mispronounced his name "Matt Bomber." Not quite as egregious a flub as John Travolta's notorious "Adele Dazeem" — and Matt Bomer is the bomb, so I'm willing to let this one slide.