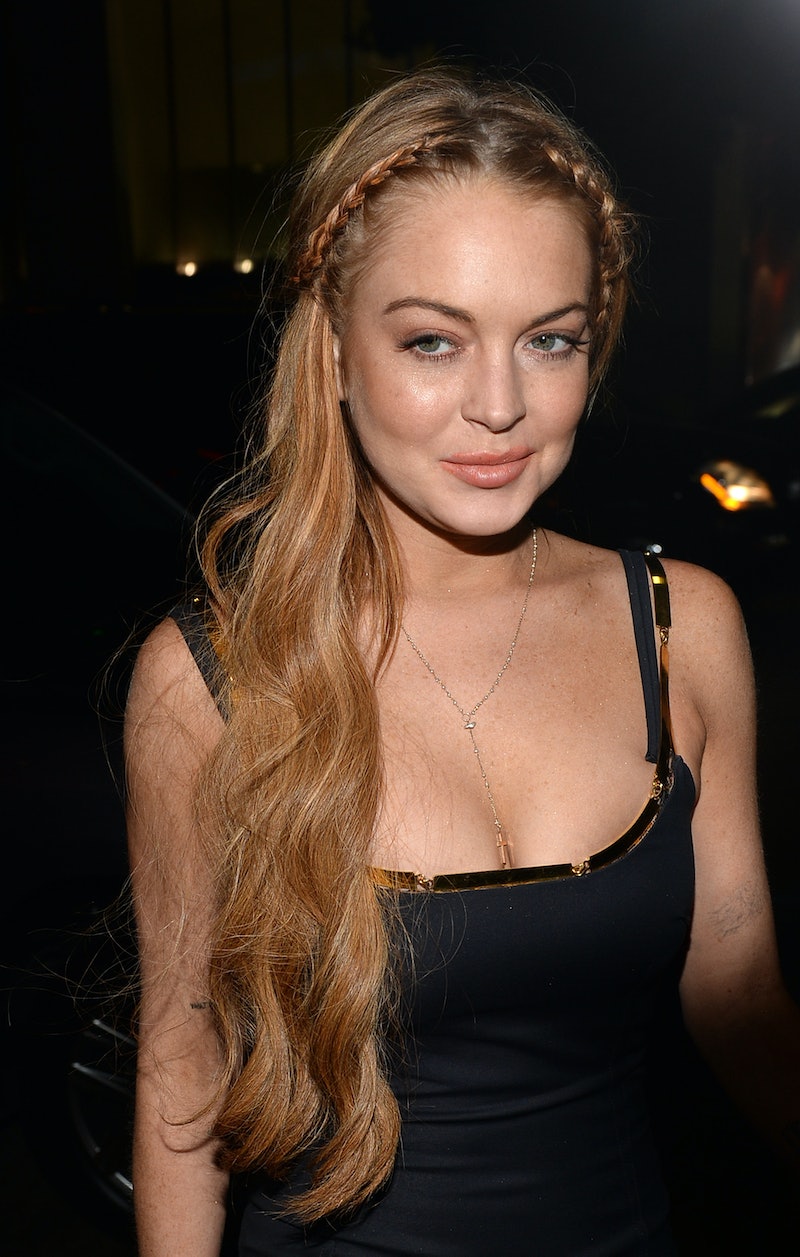 She had a good run there. From some semi-positive Canyons reviews to a mostly-positive sit down with Oprah to an allegedly supportive (now ex) boyfriend, it seemed like LiLo was on the hard and fast comeback trail. But alas, that lasted about three seconds because now, everyone's mad at her. Oprah's pissed at Lindsay Lohan and so is Canyons' director Paul Schrader. I don't know about Lindsay, but if I'm on Oprah's bad side, I'm shaking in my decidedly cocaine-free shoes right about now.

According to reports, Lindsay wasn't showing up for scheduled shoots, because, yes, they schedule shoots even when you're filming a reality docu-series. Linds was calling Opes with all kinds of wild excuses for why she wasn't able to show up, but of course, that shit don't fly.

Oprah allegedly drove out to Lindsay's Long Island home and gave her an ultimatum: start acting like a goddamn professional and show up for shoots on time, or lose the $2 million contract.

While at the home, we're hoping Oprah had a minute or two to try and talk some sense into Dina Lohan, Lindsay's mother, who was just arrested for DUI, but something tells us Opes would take one look at Dina, roll her eyes, then kindly let herself out.

Worst part is, Oprah's ire comes on the heels of a bizarrely timed Facebook rant from Schrader. It's been a solid three months since Canyons was really relevant, but the director took to social media yesterday to air his frustrations about Lindsay. While he's a fan of her talent, he's not so into her laziness. To which we ask: what else is new?

He does make an interesting point, though: he claims that Lindsay has a 25 percent stake in the movie and he's confused as to why she refuses to promote it, even going so far as to say that Lindsay turned down a New Yorker profile, which was supposed to be "appreciative."

I think I speak for everyone when I say we need that profile on Lindsay, and now.

And if Oprah can't turn her around, nobody can.

More like this
Monét X Change Keeps Winning
By Brian Anthony Hernandez
Kanye Joked About His Divorce To Kim K In A Surprise Speech At The BET Awards
By Alyssa Lapid
What Is Ariana Grande's Net Worth? When It Comes To Money, She Has No “Problem”
By Hugh McIntyre
Lily Allen Was “Quite Emosh” After Performing Sober At Glastonbury Festival
By Stephanie Topacio Long
Get Even More From Bustle — Sign Up For The Newsletter