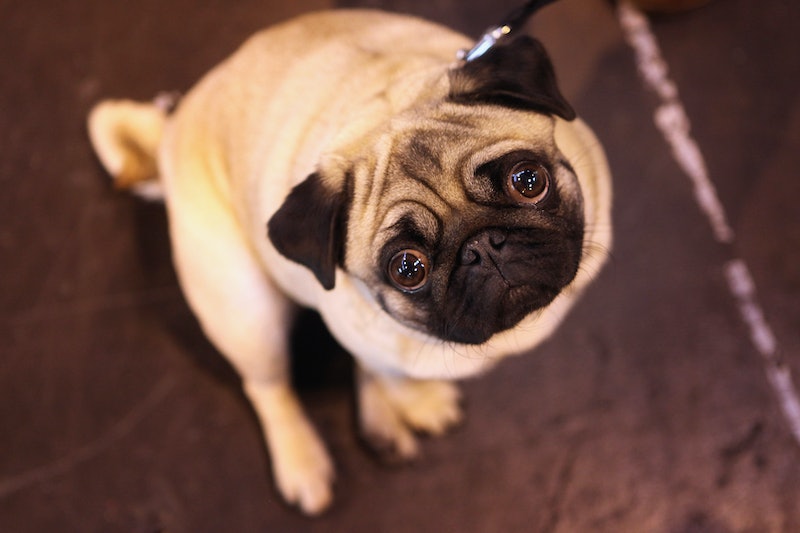 We have several compelling reasons to believe that aliens exist. Chief among them is that Katy Perry thinks they're real, and obviously everything that comes out of her occasionally bedazzled mouth is truth, but we also know that some astronomers insisted to Congress this past year that they exist, and we could find them in the next twenty years if they were given enough funding. Well, finding them just got a hell of a lot cheaper, because this video of a dog teleporting out of nowhere just proved that they might already be here. Side note: This is, by far, the absolute most pristine use of the X-Files theme song ever. EVER.

The video starts out with one very shady-looking midnight drag race on a highway, which are apparently the perfect conditions for Alien Dog™ to make his first appearance. He dashes out onto the highway seemingly out of thin air. He only becomes visible in the middle of the road right after the cars have passed. So either he phased through them or used his ~doggy alien powers~ to be there at that specific moment. (Maybe he smelled steak? I honestly have no idea what's happening here.)

Of course, aliens aren't the only viable conspiracy theory. He could also be a Ghost Dog™. Everyone knows that ghosts have "glowing green eyes" because of the theme song to Danny Phantom , and eerily enough, so does this Ghost Dog™. But then again, you can see in the video that he chills out for a little bit afterward, looking suspiciously corporeal.

In the meantime, so many questions need answering: Does anyone know where this dog is now? Are we about to embark on a space mission to Secret Dog Krypton? Who won the drag race?

The world may never know. Get the first glimpse of the disappearing dog here:

More like this
What Is “Night Luxe?” Breaking Down TikTok’s New Aesthetic
By Courtney Young
TikTok Is Using A ‘Love Island’ Sound To Expose Their Weird Crushes
By Courtney Young
Here’s What Sarah Jessica Parker’s Canned Cosmo *Actually* Tastes Like
By Emma Garza
The Viral TikTok “30,000” Sound Fits Nearly Every Scenario
By Courtney Young
Get Even More From Bustle — Sign Up For The Newsletter