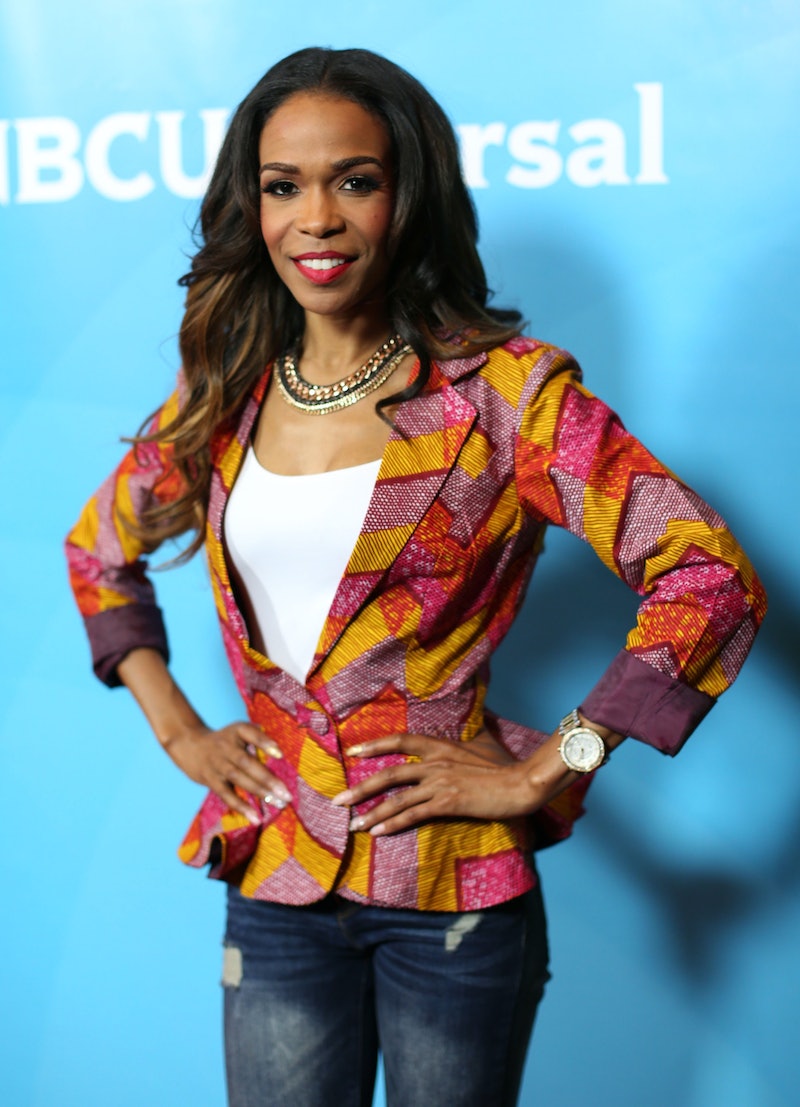 Is she or isn't she? That's something we've been wondering about for some time now. What am I talking about? Oh, you know, if Beyoncé is pregnant with baby No. 2. or not. Well, it seems we have an answer, thanks to former Destiny's Child member Michelle Williams slamming Beyoncé baby rumors. On Monday, Jan. 12, Williams appeared on The View, where she said her former bandmate is not bumpin', bumpin'. As she told the ladies of the ABC talk show, there is "no truth" to Beyoncé and Jay Z welcoming a second baby girl or boy. Williams also said,

You know, when she was pregnant, people said that she wasn't pregnant and, you know, it's just no truth to it. Sorry!

What started these baby rumors? The Instagram photo Beyoncé shared covered in sand that made the form of a baby bump. Williams gave the photo a once over and said,

First of all, if you look at the picture, the baby bump is like where her knees probably really are so that's really, you know?

If she isn't pregnant, bummer, but that doesn't mean we can't expect another little Bey or Jay Z running around in the future. Also, just because Williams says her friend isn't expecting doesn't mean Queen Bey isn't really pregnant. Maybe Williams is lying for her? That's always a good possibility. We all know how Beyoncé and Jay Z like to keep things on the down-low.