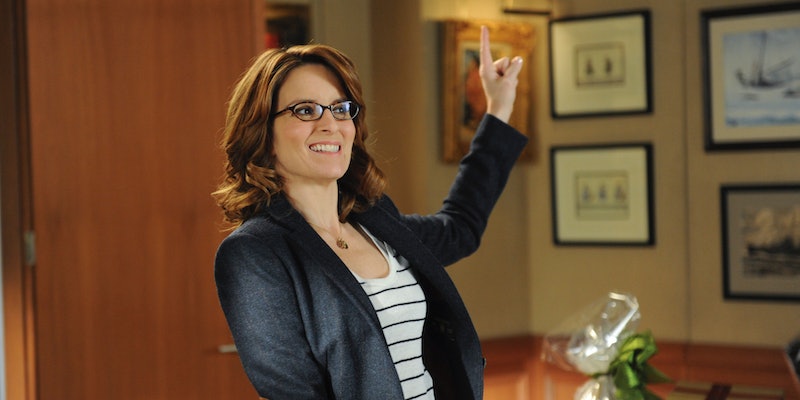 I’m not proud of this, but there was a time when I could be heard saying, “I hate having a female boss.” I think I felt this way because I had one really unpleasant female boss when I was in college, and after that dumpster fire of an experience, I was terrified that all female bosses would be just like her. I only lasted as her employee for three months, and I quit that job primarily because I couldn’t stand working with her. But since then, I have had so many amazing, inspiring, hard-working, and genuinely caring female bosses that I want all my future bosses to be female now.

All my current bosses and editors are female — and I could not be happier about it. I’ve grown so fond of working exclusively with and for all these kind, confident, successful women that now, the thought of not having a female boss really bums me out.

Sure, I’ve had some pretty great male bosses too, and you definitely wouldn’t see me turning down my dream job over my prospective boss’s gender. But as a feminist and a female, I’ve found there’s something so awesomely unique and rewarding about working with and for other strong, intelligent females. Obviously, there are exceptions to every rule, but here are nine reasons why I feel the way I do about having female bosses.

1. They’ve Been in Your Shoes

Female bosses often know exactly what you’re going through professionally — and sometimes personally — because they’ve already gone through it. More importantly, they’ve gone through it successfully and moved on to greater things. This makes them invaluable as mentors. The advice and training they give you comes from experience, and it can help you grow so much both professionally and personally — often without you even realizing it.

2. They Don’t Sugarcoat It

In my experience, female bosses are honest — sometimes brutally so. They know that nothing will get done, and that no one will learn how to do their job smoothly and correctly, unless they as supervisors can be direct with their employees. They know when to give encouragement, but they also know how to level with you when you’re off your game. Their straight-forward approach makes their encouragement feel more real and their criticism feel more helpful than harsh.

It's true: I've found that female bosses are tough, sometimes especially on other women. And although this used to seem so unfair to me, I’m so grateful for it now. Women who have clawed their way to the top know what kind of persistence, hard work, and thick skin it takes to get there, and if they can prepare you for it in the slightest way by being tough on you, let them.

Female bosses are usually confident as hell. They’re sure of themselves in a healthy way because they had to be to get where they are, and they have to keep it up to stay there. Being surrounded by that kind of energy will rub off on you and inspire you, until one day, you realize you’re surer of yourself than you’ve ever been, and it’s partially due to the example set by your boss.

5. They Make You Laugh

Female bosses crack me up, hard. Maybe I’ve just been fortunate enough to work for women with excellent senses of humor, but I’ve never had a female boss — except that one I mentioned above —who didn’t make me laugh and who I didn’t make laugh, too. Perhaps the combination of shared experiences and common ground make women even funnier to other women, but whatever it is, it makes for an awesome work environment.

6. They Know How to Get It Done

7. They Understand That Your Personal Life Is Important

I can't tell you how many times my female bosses have pulled me aside when I was visibly stressed out about something personal like a big relationship fight or an outrageous hospital bill. Not only did they let me take a break from work just to vent, but they always gave me honest, constructive advice on how to fix my problems instead of just saying something lame like, "It'll all work out."

8. They Push You Harder

Every female boss I've ever had has pushed me to grow professionally by trusting me with added responsibilities and promotions before I thought I was ready for them. When I started my current job, everything about it made me nervous. But my awesome female boss pushed me to take charge of my own training and literally fake it 'til I made it. Now I can say with absolute honesty that I'm more confident and more assertive at work than I've ever been.

9. They're Genuinely Happy When You Succeed

Female bosses are both personally and professionally invested in the success of their female employees. I'm not saying female bosses aren't also invested in the success of their male employees, but female bosses tend to see themselves in the young women they employ. Women have been working so hard for so long to be treated with same professional respect as men that I feel like we end up rooting for each other — and we should.

Every female boss I've ever had has encouraged me to pursue my passion for writing and advance my career by any ethical means possible, even if it meant they'd lose me as an employee. Because, ultimately, they all valued my success and happiness above their own staffing needs. And that's what a real leader looks like.