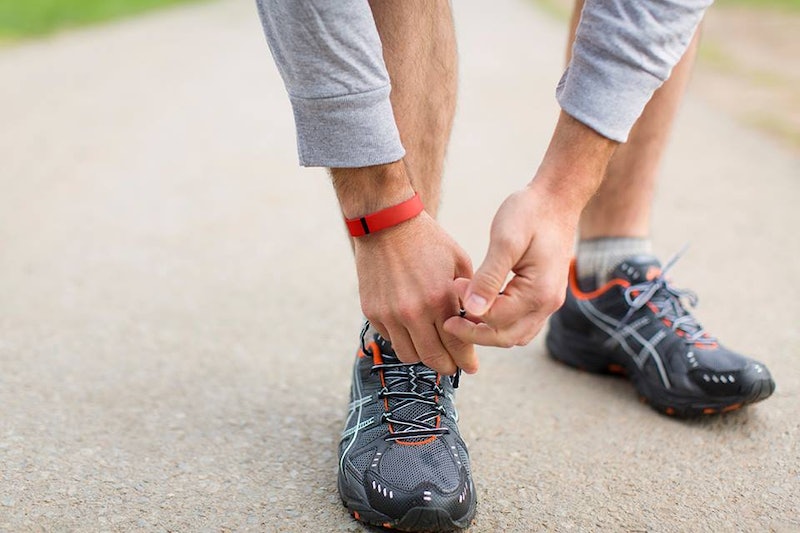 Getting in shape is hard, and committing yourself to the gym and a healthy diet is a constant struggle, as evidenced by the five zillion advice articles that are published each month. Wearable technologies, such as fitness tracking bands, have offered new strategies for those trying to find an effective way to finally lose those pounds, but it turns out that they might not be able to meet their own hype: new data shows that most Fitbit users lose interest in their devices within six months.

Fitness trackers seem like an innovative way to get people moving and more active. They always sit on your wrist, making them hard to escape, and they provide you with constant feedback so you are never wondering about your progress. And yet, Forbes reports that about 42 percent of users stop using their fitness trackers within six months, while a different survey reports that half of the individuals who bought fitness trackers stop using them altogether. So what’s going on here? Fitness tracker dropout rates could just be mirroring the usual quitting rates of those who are trying to get in shape. According to Forbes, 42 percent is around the same rate of abandonment that fitness centers experience. It could just be that this rate reflects human behavior — no matter how innovative or tech-y the technology, a large percentage of people will cease their fitness efforts.

New York Magazine proposed a different theory for the high quitting rate — that the devices don’t incorporate what we know about human behavior. They point out that Fitbits have to be taken off and charged, which (sadly) could be too much effort for some users. And even though fitness trackers have the ability to prompt behavioral change, they still don't incorporate what we know about how humans view rewards, anxiety, and regret. Wearable fitness is simply a supplemental means for getting in shape — the motivation and drive to succeed needs to come from the users themselves.

Personally, I have never seen the appeal of a fitness tracker and have never used one. Being constantly aware of the calories that I have burned or will need to burn by the end of the day would really stress me out, and I suspect that it’s not actually conducive to sustainable weight loss either. Those who do stick with their Fitbits are probably the type of people who we see in their advertisements — people who are already fit and motivated from the beginning. For people who were regularly active before purchasing the device, fitness trackers enhance active lifestyles rather than jumpstart them.

Perhaps we should stop looking at wearable technology as a cure-all or new frontier for fitness and health. If these numbers prove anything, it’s that no matter how advanced or convenient the technologies, basic human nature will always prevail.