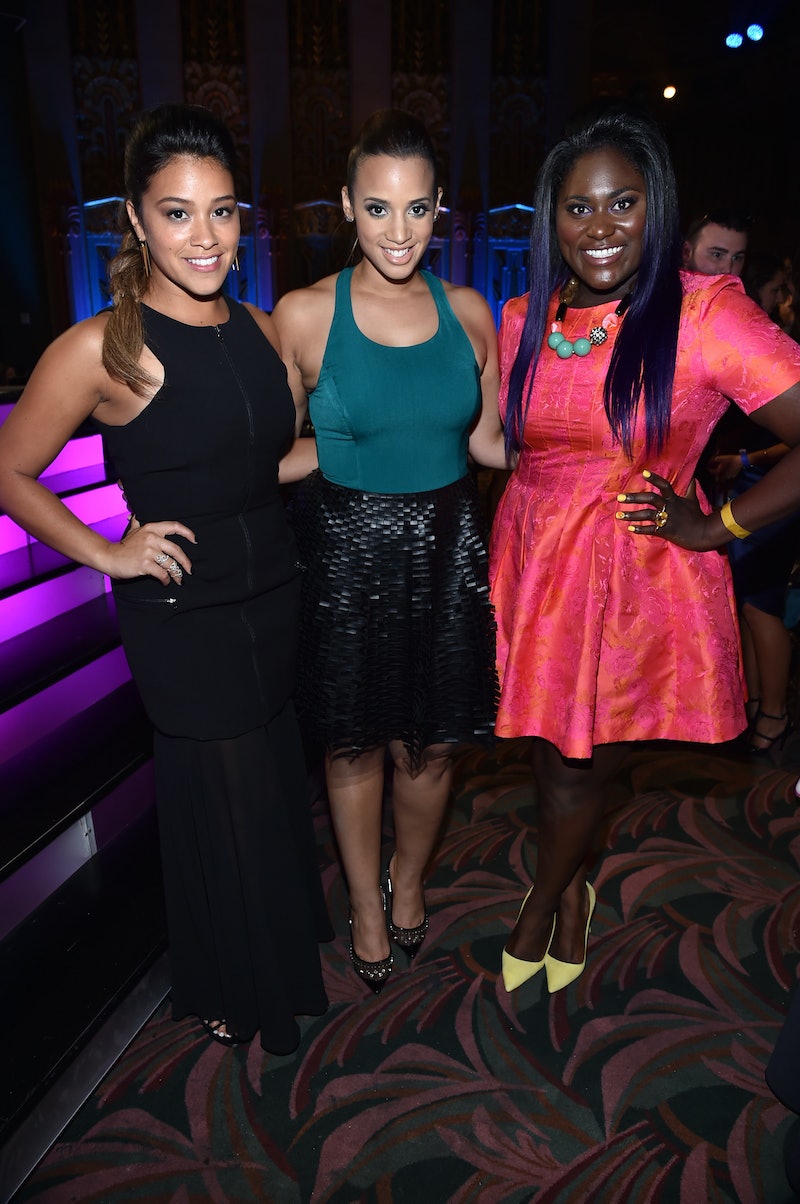 At this stage in my television watching career, I’m in favor of more UK shows than I am American shows. To my untrained eye, they effortlessly offer a wider array of richer stories and characters than most of American TV shows. So it’s a pleasant surprise (but not too much of one) to see that the UK's Channel 4 has issued new diversity guidelines that will require their TV shows to give more leading roles to women, people of color, and people with disabilities.

According to The Independent, Channel 4's new guidelines break down like this:

What happens if Channel 4 executives don't meet these new regulations? They get their bonuses cut. The white male tears have already started pooling at the bottom of The Independent's article.

I was out of the room when Gina Rodriguez won the Golden Globe for “Best Performance by an Actress in a Television Series” for her role in Jane the Virgin, but by the time I came back, her speech was already making the rounds. That’s because her words, while referring specifically to people of Latino culture, reflect the feelings of underrepresented people who all too often don’t see themselves represented in the shows they watch.

Representation, in books, TV, movies, and media across the board is big deal to me. I remember when Girls came out and I was shocked by how the show posters casually positioned themselves as representatives for a generation of women with the images of four white women. Not the mention the actual show's lack of diversity or storylines that don't revolve around white women living in a whitewashed New York. On the other hand, there’s Some Girls, a UK show about four high school girls who come from different racial and socioeconomic backgrounds. The variety of faces and experiences they offer are a welcome change.

The entertainment industry's tendency to create more stories centered around white, privileged people speaks of the belief that they are somehow more "universal" than people of color. That creating stories about people of color with characters of color will somehow marginalize shows and make then unappealing to the general audience. This can result in shows like Girls and movies like Exodus, which go so far as to completely whitewash history. If the Golden Globes was a step in the right direction for the entertainment industry embracing more diverse stories, I'd like to see it continue moving forward by further embracing the diversity of cast members.

All we want is to see ourselves and our stories shared. It's a bit frustrating that it's gotten to the point where people's paychecks (even though it's just bonuses) are being affected in order for them to remember to include diverse casts, but I wholeheartedly applaud it. I hope Hollywood is taking notes.