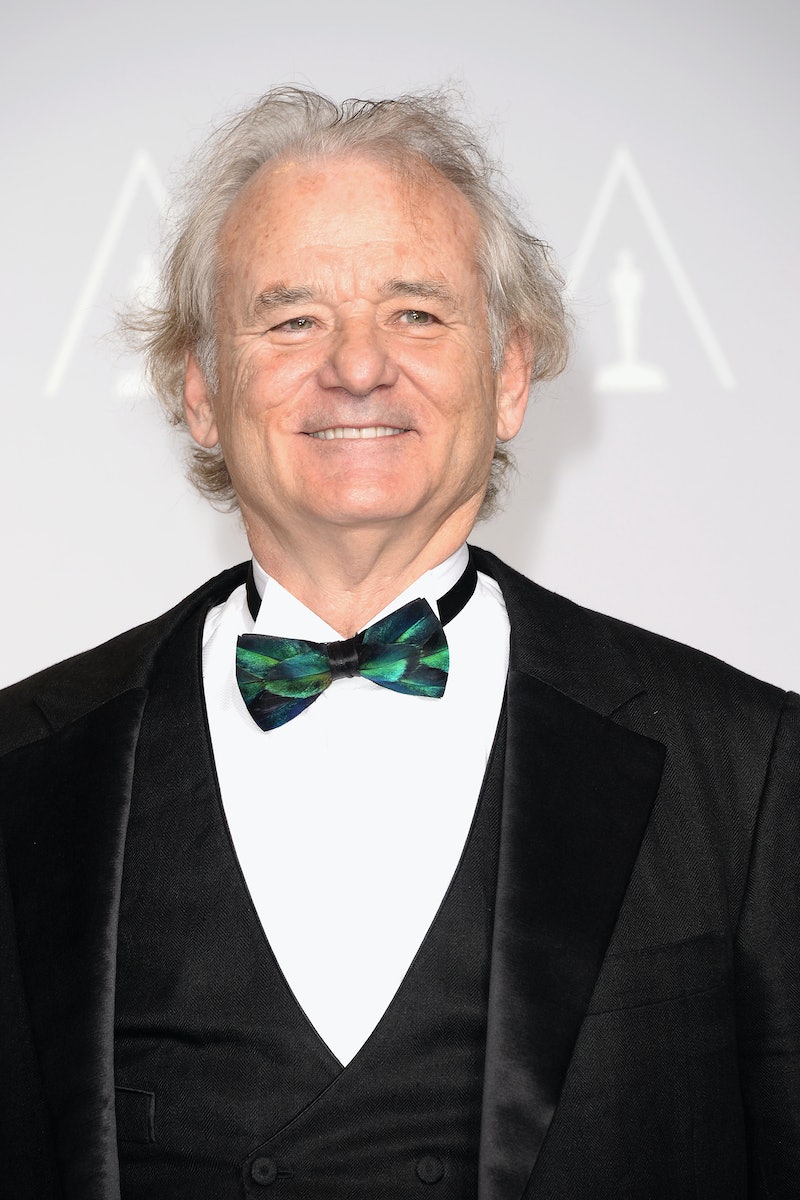 One of the most noted members of the celebrity secret society known as the F-O-G (Friends of George) had a super exciting plan to honor/embarrass Clooney as he received his Golden Globe on Sunday night. But unfortunately, things fell through. Bill Murray was planning to "pull a Kanye" on George Clooney at the Golden Globes on as he accepted the Cecil B. DeMille Award. I'mma letchu finish, Bill, but that would've been one of the BEST PRANKS OF ALL TIME!!

A super special secret source told Page Six that Murray was reportedly planning to bum rush the stage as Julianna Margulies and Don Cheadle discussed the virtues of Jorgé Cloonz, as Kanye West did to Taylor Swift at at the 2009 MTV Video Music Awards. I'm taking this to mean that a shutter-shade-clad Bill Murray planned to snatch the mic from Cheadle and scream "BEYONCÉ HAD ONE OF THE BEST VIDEOS OF ALL TIME," then drop the mic, throw up the deuces and make his exit. All the celebrities would've been like "WTF, BILL?! Off topic..." The reaction shots would've given us enough material for a decade's worth of gifs.

Would that or would that not have made the otherwise tame ceremony a thousand times more entertaining?! Unfortunately, Cloonz reportedly stepped in and directed Murray to squash the prank in an uncharacteristic fun-ruining move. Because I feel ROBBED of the potential celebrity shenanigans, let's imagine what this glory would've looked like.

Everyone would be minding their own business, sweating in the Beverly Hilton Grand Ballroom

While Bill Murray prepared to pounce, debating whether or not he should wear his fedora for the mission

Amal would be uncomfortably listening to the introductory speech...

Then, Bill would strike

He'd be all "I'M GEORGE'S BEST FRIEND, AND THE MONUMENTS MEN WAS THE BEST FILM OF ALL TIME."

George would be shocked and displeased, but try to play it off like he was amused

Then Bill would be like "Just kidding! But George, you are the best friend of all time!"

"That's actually what I whispered into Scarlett's ear at the end of Lost in Translation."

Then everyone would get super emotional, and have a good long cry

Why? Because we're ALL FRIENDS OF GEORGE!!!