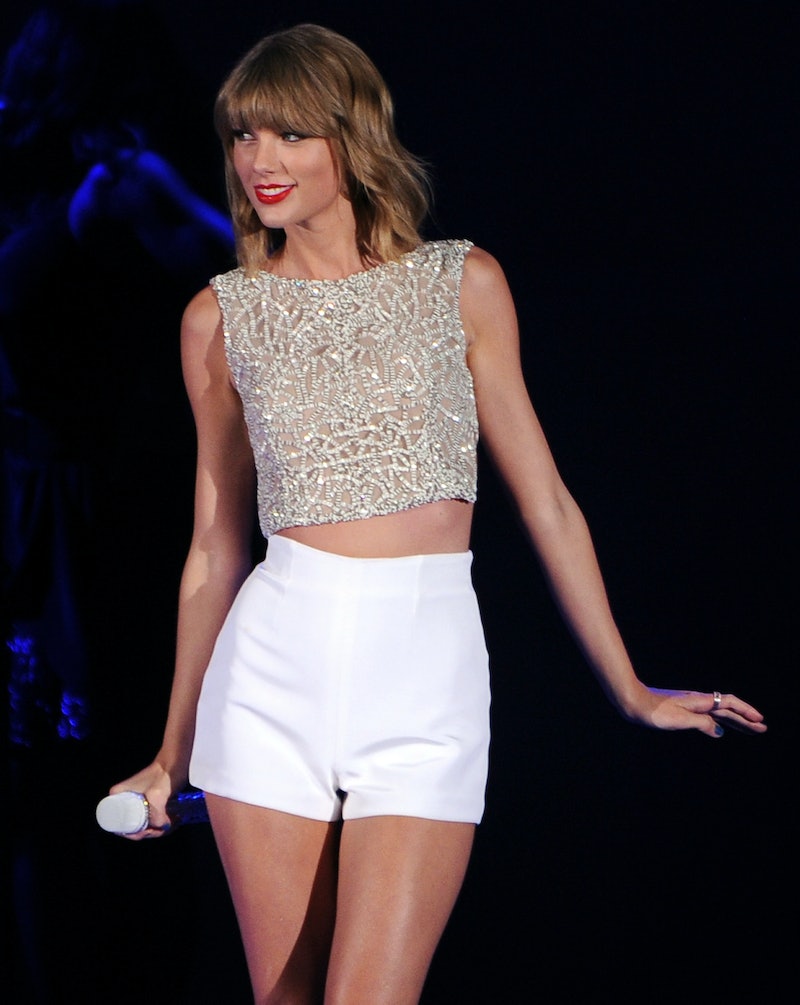 Remember when 1989 first came out and Taylor Swift lurked around her fans' photos? She even had her own hashtag for it: #TayLurking. Looks like the thoughtful stalking hasn't ended! Swift recently sent a special gift to a Swiftie named Rebekah Bortnicker, who she knows from Tumblr. In addition to a super-sweet handwritten card, Taylor Swift sent the fan a check to help pay off student loans. The note read, "Rebekah, now you're $1,989 closer to paying those student loans." Because of course Taylor gave her 1,989 dollars... Get it? Like her album title?

One thing I'd like to point out is that student loan debt tends to be way higher than that amount. (Hey, I'm speaking from experience!) But nevertheless, it's an incredibly kind gesture and proves that Taylor Swift is basically a saint. As someone who dreads making monthly loan payments, I totally understand what a relief it must be for Rebekah. On her Tumblr, she expressed her thanks:

I was just in such shock that Taylor had taken her time to think about me and send me something. I still don’t think I’ve really processed it all, I feel like I’m just in this crazy dream. I couldn’t even form words when I opened everything, luckily my mom took a minute to thank Taylor for me.

Besides the check, Taylor gave Rebekah a necklace, a painting, and a Polaroid, which shows her painting the painting. You know, just in case she didn't believe her. Or maybe it's because Swift is obsessed with Polaroids. Either way, it's great!

This isn't the first time Swift surprised fans with thoughtful gifts. Around Christmas — I mean, Swiftmas — she played Santa Claus and sent gifts galore. To show their appreciation, fans posted tons of photos of the presents. Many even filmed themselves opening the presents, while sobbing uncontrollably.

If you want to see Rebekah's video for yourself, click below! I almost cried while watching. Mostly because it's really touching (but also because I was reminded of my own never-ending student loans).