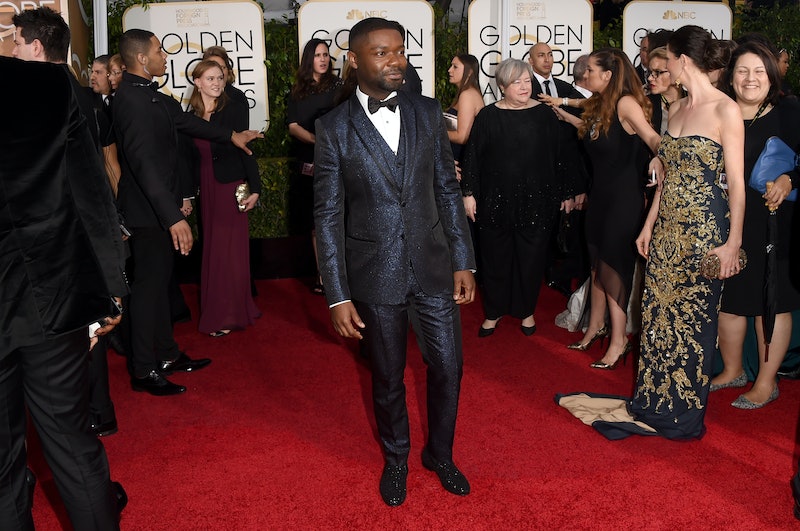 Checking Twitter Thursday morning before even looking at the Oscars nominations let me know that the honors went to, predictably, a sea of white faces. Birdman and The Grand Budapest Hotel were both nominated for nine awards each, and Bradley Cooper, by some strange act of Clint Eastwood's dark magic, was nominated for Best Actor for his role in American Sniper. The lack of diversity in this year's Oscar nominee list makes this year's ceremony "the whitest Oscars in 17 years." Fancy that. But even though the gut reaction that I and many other people of color (friends and Internet friends) had was "I'm not surprised," that kind of thinking is dangerous and leads to apathy and stagnation. I think we need to change our thinking, first of all with the Oscars.

Being mad incites progress. And interestingly, that's the force that drove Ava DuVernay to make Selma, which starred David Oyelowo giving a magnificent performance as Dr. Martin Luther King, Jr. Shouldn't the Oscars recognize DuVernay's poignant and visceral film that beautifully and painfully explores the pain, anger, and tenacity of the protestors in the Civil Rights Movement? Reactions on Twitter were largely all the vein of "What would you expect?," but really we should mirror the electric anger in the face of injustice Selma show us in responding to the Oscar snub.

I was hoping the Academy would recognize a black, female director for her bravery and courage in telling a story about hope prevailing in one of the darkest times in American history — that is still the very recent past — whose message of strength in the face of injustice in America resonates now more than ever.

It's almost universally agreed upon that Selma was snubbed across the board, but beyond that, that it was a great year for white actors, yet again. Bustle's Keertana Sastry re-imagined the Oscars nominations to be more representative and diverse, inclusive of not only the glory of Selma but of other actors and directors of color, like Chris Rock for writing Top Five. Twitter was a landscape of rage with the hashtag #OscarsSoWhite, turning out gems like "Exodus was snubbed for being too diverse."

But while it's good to see that anger, there's just as much or perhaps even more jaded sentiments. "I'm not surprised" is the echo which I myself am guilty of. And who can blame us? It's almost impossible to stay hopeful when the Academy won't recognize the value of art by people of color and this year especially from black directors and writers in Hollywood. I don't mean to imply that people of color have a responsibility to take action against the Oscars, but I do think maintaining a sense of anger and incredulity is important. Is that it's almost satisfying to be right, for the Oscars to let us down, confirming the racism inherent to Hollywood? Sure. But saying "I'm not surprised" isn't productive, and beyond that, it's dangerous — why should we accept the white portrait of Hollywood as the status quo? We shouldn't.