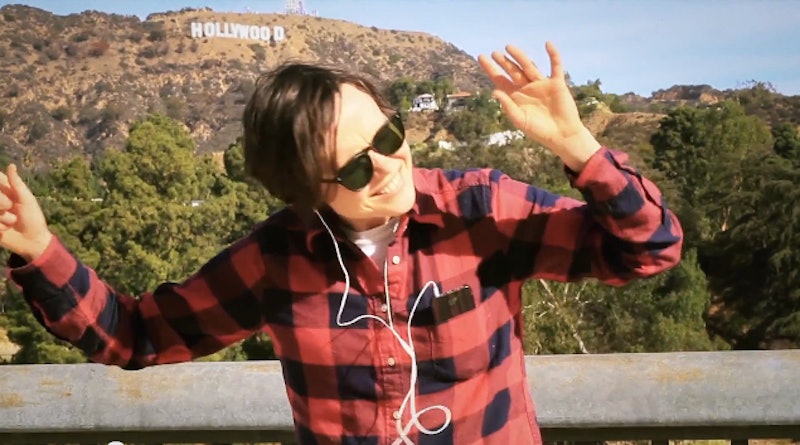 In case you somehow haven't heard, although I have no idea how you could have missedit, the new Sleater-Kinney album is about five days shy of dropping. What better way to celebrate than with a video of celebrities singing to the title track, "No Cities to Love"? It features everyone from Sarah Silver to Natasha Lyonne to Fred Armisen (duh) to Evan Rachel Wood to Connie Britton to Ellen Page to... wait, is that Gerard Way?

I'm a little curious as to when and where all these important people converged. I mean, we know that Armisen has been starring on Portlandia with Brownstein, as they are the BFFs we all aspire to be. And you know how in high school you had that one cool friend that went to a different high school, and gradually their crowd mixed with yours? That's probably where Andy Samberg and Vanessa Bayer fit in; both are Saturday Night Live cast mates with Armisen and both occasional guest stars on Portlandia. Miranda July isn't a shocker either, as she's actually featured on the album's first single, the aptly named "Bury Our Friends."

What about Way? While the specifics are unclear, he apparently did a cover of Sleater-Kinney's "I Want to Be Your Joey Ramone" back in October. He even asked Brownstein if he should do a "woah" or a "woo" in the chorus. I've always been a My Chemical Romance naysayer (it was that very slight divergence between the Hot Topic Emos and the Hot Topic Goths), but I have to give him respect for that.

In any case, click the video below to watch all Sleater-Kinney's famous friends jam out much like I jam out to Sleater-Kinney: passionately dancing in front of a Mac Book. Celebs, they're just like us!