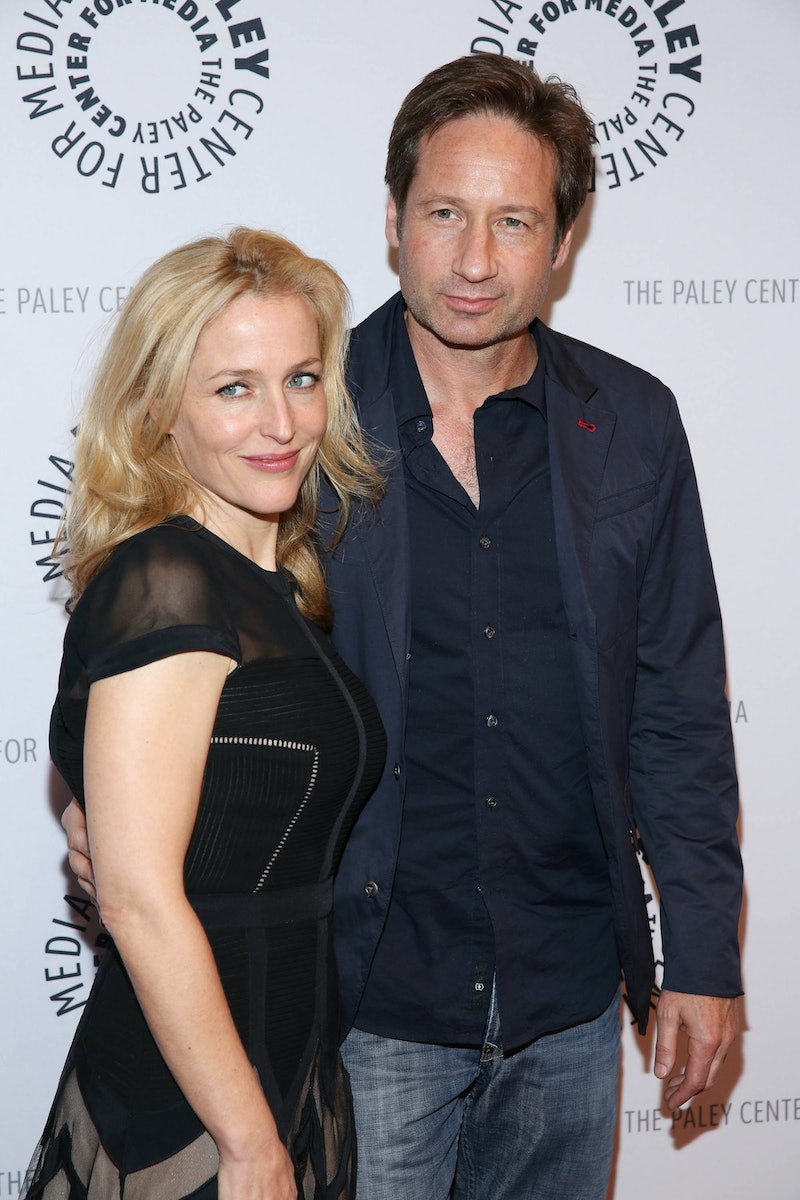 For huge TV fans, Saturday was filled with tons of exciting news. From announcing the cast of Grease: Live to revealing more details about the new series Scream Queens , it's been a busy day for Fox. The network also divulged some especially exciting info for fans of The X-Files . While it's been 13 years since the sci-fi show went off the air, Fox confirmed an X-Files reboot may be in the works. Entertainment Weekly shares the details:

Fox chairman and CEOs Dana Walden and Gary Newman say they have been in talks with series creator Chris Carter about reviving the supernatural procedural, which was a major hit for the network from 1993 to 2002. The executives also revealed they hope to have original series stars David Duchovny and Gillian Anderson reprise their roles on the show.

While nothing is confirmed and it's still "in talks," Newman says, "We’re hopeful of being able to bring that back at some point." That sounds pretty promising to me!

Not only are they interested in bringing back X-Files, but there's equally good news about potentially resurrecting another beloved Fox series. I'm talking about Prison Break . The drama aired from 2005-2009 and had a loyal following, who I'm sure would be thrilled to see it back on TV.

While Walden and Neman reportedly didn't have as high of hopes about Prison Break returning, they didn't rule it out. Newman says,

There is some speculation in the press about Prison Break, which honestly was slightly news to us. Although we’ve made it clear over the years to the studio that we would bring Prison Break back in a heartbeat. It’s probably the perfect event series. If our old partners in that show are interested, that would be great.

Sounds like Fox knows what the people want and they're doing everything they can to bring back old favorites. Please make everybody's TV dreams come true, Fox. Pretty please!