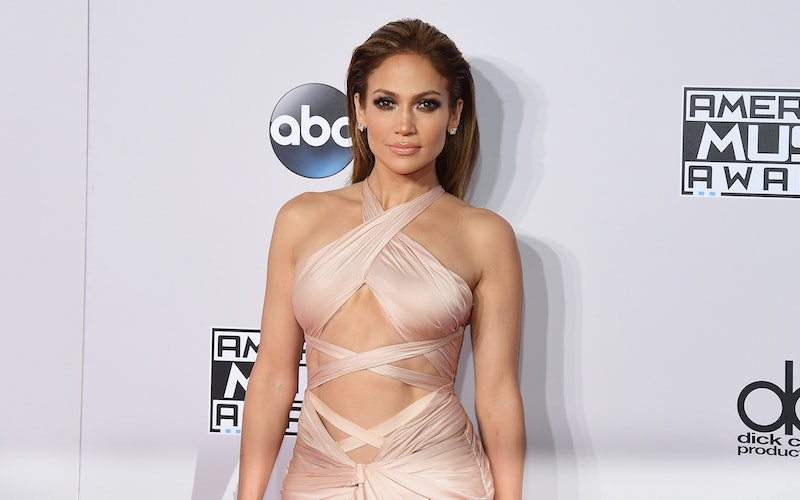 Jennifer Lopez has a few things to say about the way she used to be perceived in Hollywood. In regards to criticism of her 2001 hit song that inspired the nickname "Jenny From The Block" and rumors about her demanding that everyone call her J. Lo, the actress/singer addressed the backlash that she dealt with in the industry, by asking some big questions. In a cover story for Complex, Jennifer Lopez questioned whether past criticism of her work had to do with her being a woman and being a minority.

I was like, "Why me? Why are they picking on me so much? What have I done?" It’s funny. Men get praise when they are successful, like, "Look how great he’s doing." Women get criticized for some reason.

After all, when she was first starting out, Lopez said people in the industry wanted her to change her body, a curvaceous figure that she said "was nothing out of the ordinary in my neighborhood [the Bronx, New York]." She has also dealt with ongoing criticism for supposed diva antics and self-absorption, a type of disapproval that has often followed powerful women in the entertainment business. Just ask Ariana Grande, who seems to have gotten just as much press for diva rumors as for her actual work.

And aside from possible gender-based criticism, Lopez also said some people might have even taken her song "Jenny From The Block" too literally:

People are dumb enough to have thought that you meant it literally, like you were still in the ’hood, or "She’s changed, she’s different, she’s so rich now, she’s not the same." It was a huge hit at the time, so I never thought of it in any negative way. I didn’t feel like people were saying that — it’s probably better that I didn’t know.

She was accused of exploiting her Bronx roots as recently as last year, so her commenting on this is particularly meaningful.

Lopez said that she still hasn't figured out the reason behind the early criticism entirely, but because she was able to stick around for so long, she said the public must have realized that the resentment toward her was unfounded.

While it's great that she has since been so successful, the questions she asks are definitely worth examining. After all, the entertainment world has been widely known for having a history of sexist expectations for women and a hush-hush attitude about racism. It wouldn't be entirely surprising if there were underlying gender or cultural-based undertones in the early — or even current — commentary about Lopez.

There is, of course, no way of knowing for sure if the early criticism of Lopez was intentionally based on gender or heritage, but either way, it is worth applauding Lopez for acknowledging the possibility. Powerful women can fall into the trap of stereotypes, as some critics rush to put them in a one-dimensional box. Lopez's words serve as a much-needed reminder to some that celebrity women, like men, are multifaceted people regardless of their backgrounds.