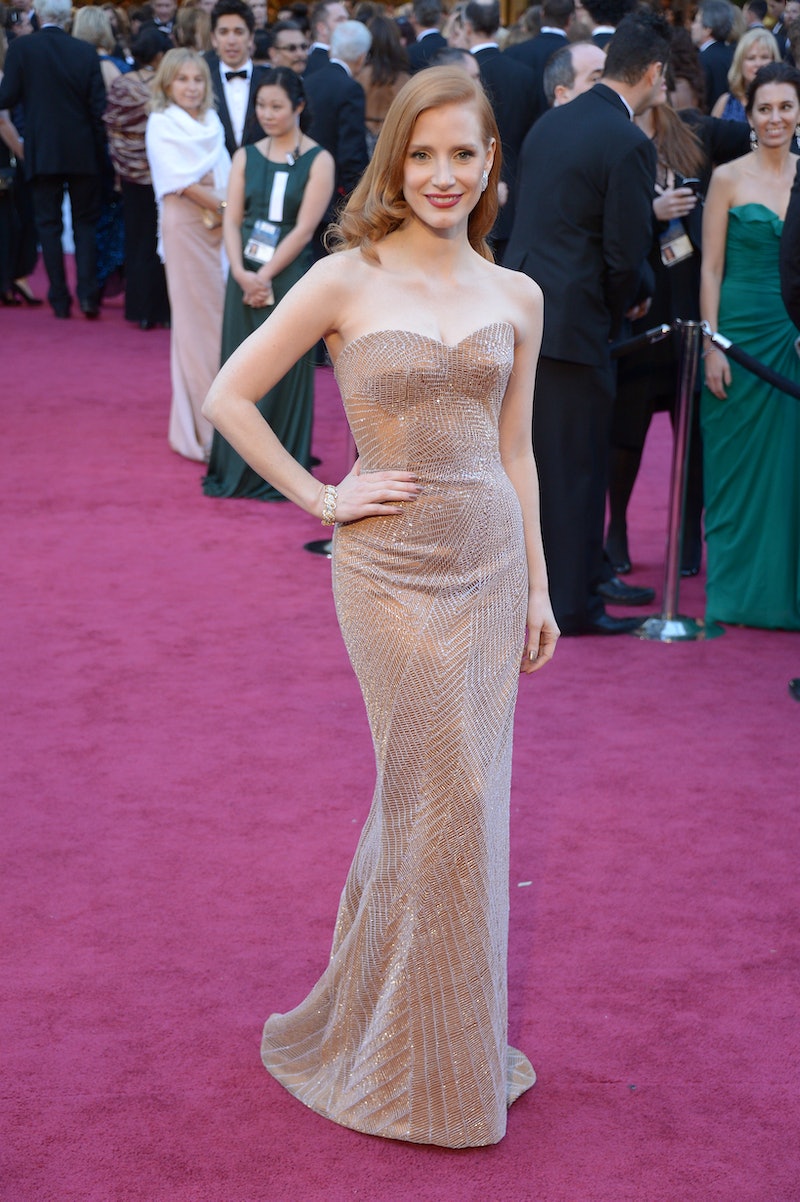 When the white-washed Oscar nominations came out this year, it seemed shocking, but when you think about it, there weren't many non-white actors leading the top films of 2015. Selma's snub for its incredible cast was awful, and additionally, aside from the Martin Luther King, Jr. film, all of the Best Picture nominees had primarily white casts. Even in The Grand Budapest Hotel, there was only one non-white star, and Tony Revolori was not recognized much for his role as Zero during award season. At the Critics' Choice Awards, Jessica Chastain urged Hollywood to push for more diversity, and to "stand together against homophobic, sexist, misogynistic, anti-Semitic and racist agendas," but she didn't mean just at award shows. Instead, she made a point that there should be more diverse roles (both in front and behind the camera) for people of color and women, which will in turn increase the odds for them to be represented in award nominations.

Chastain clarified this important point on Tuesday after receiving racist backlash from her speech, explaining that her words were not just about award shows. "To me awards are just a reflection. It's just a symptom of the disease and the disease is in the industry," she explained to the Associated Press. "If we had more diversity in our films it would be reflected in diversity in the nominees." Unfortunately, her powerful speech was not enough to sway everyone, and she was met by racist backlash — a clear sign that this issue is at an all-time high. "I've had really terrible people who are racists comment on the speech and say really terrible things," she explained. "I'm understanding that some people in this world, how much hate they can have."

Although Chastain knows she can't silence racist or sexist people, the first step to solving this issue is producing more movies with diverse casts and creative teams. Tackling the disease head-on, symptom by symptom and film by film, is the only way to do it, and that can start this year. Martin Luther King, Jr. was assassinated in 1968, yet it took 45 years — longer than the short 39 years of his life — to make a film about his incredible work for equality. The same went for Alan Turing, the gay code-breaker who was portrayed by Benedict Cumberbatch in The Imitation Game. He died in 1954, yet it took 60 years to make this film, and he wasn't given a posthumous pardon until 2013 by Queen Elizabeth II.

Those are just two examples of films that were made — imagine if more incredible roles were created for people of all different races, sexualities, and genders. Could a film as inspiring as Wild feature an Asian woman, or could the next Boyhood feature an Indian family? Even a quasi-superhero film like Birdman could try to feature a black actor, or better yet, let the next Marvel movie have a diverse crime-fighting team. Thankfully, Chastain revealed that she's been cheered on by many producers and stars that echo her beliefs. She hopes to band together with her colleagues so they can "work together to fix it," looking to become less of part of the problem and more of the solution, so here's to the years ahead of diverse films.