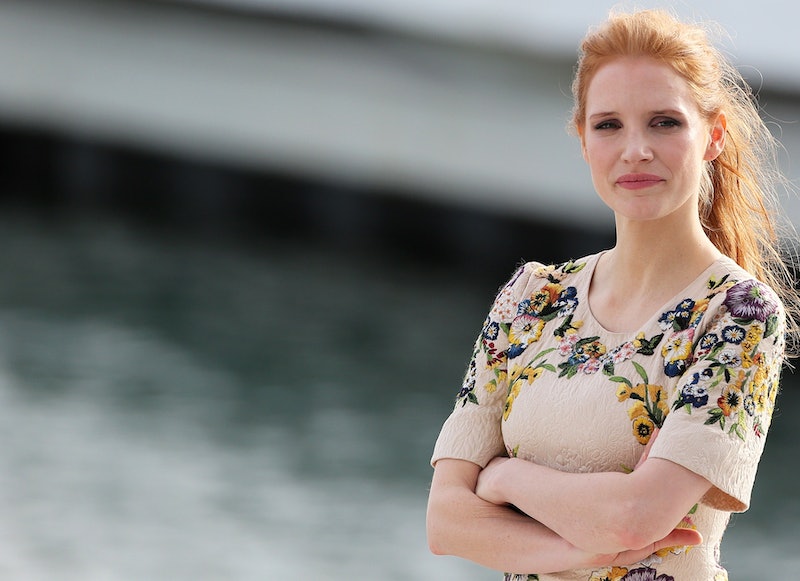 Thursday morning brought with it a huge backlash against the Academy Awards after the nominees for the 2015 Oscars were announced. Despite the large amount of actors of color who featured in films in 2014, and despite the Oscar buzz that Selma was receiving, not a single person of color was nominated for an acting award at the Oscars. This is the first time this horrifying phenomenon has happened since 1998 — and the Internet wasted no time in pointing that out with the trending hashtag #OscarsSoWhite. At the 2015 Critics' Choice Movie Awards, actress Jessica Chastain begged Hollywood to diversify while accepting her award for MVP.

"Today is Martin Luther King Jr.'s birthday, so it got me thinking about our need to build the strength of diversity in our industry, and to stand together against homophobic, sexist, misogynistic, anti-Semitic and racist agendas. I'm an optimist and I can't help but feel hopeful about the future of film, especially looking at all of the beautiful people in this room," said Chastain in her speech. "Martin Luther King Jr. said, ‘Our lives begin to end the day we become silent about things that matter.' and I would like to encourage everyone in this room to please speak up. Thank you."

Chastain herself might not be nominated for an Oscar this year — which, to me, would have made her speech just that much more powerful as it would have reflected that even the people vying for awards are disgusted by the sheer whiteness of the nominees in 2015 — but her speech was still an incredibly poignant. The Critics' Choice Awards have nothing to do with the Oscars and, despite the fact that it was Martin Luther King Jr.'s birthday, she didn't have to speak up about the diversity issue in Hollywood or quote Dr. King. She didn't have to do any of this, and I'm sure the audience at the award ceremony wasn't expecting it. The fact that she did do it reflects that this is an issue that is important to her, important enough to devote part of her routine thank you speech to it.

Even better than the fact that she spoke out is the fact that she proceeded to encourage everyone else in the room to speak out as well. It's the fact that she looked her audience in the eyes and said, yes, we are all here, and, yes, we are all being praised and celebrated, but that praise, those accolades, are coming at the expense of talented actors and actresses of color. These accolades are being given out under a basis of the erasure of minorities in Hollywood, and that needs to end. After all, what is an award worth if you didn't win it because you were the best but because of subtle racism on the part of the ones giving out that award?

Okay, so Chastain's speech didn't go that far, and she managed to remain more optimistic than I have about this whole situation, but it was still a great moment in Hollywood. It's not enough for outraged voices on Twitter to keep the hashtag #OscarsSoWhite trending for days. It's not enough for bloggers and journalists to write about the media backlash for a few days before more interesting stories need reporting. The conversation needs to stay open and more voices need to join it in order for any real change to take place in Hollywood.

Check out her speech below.