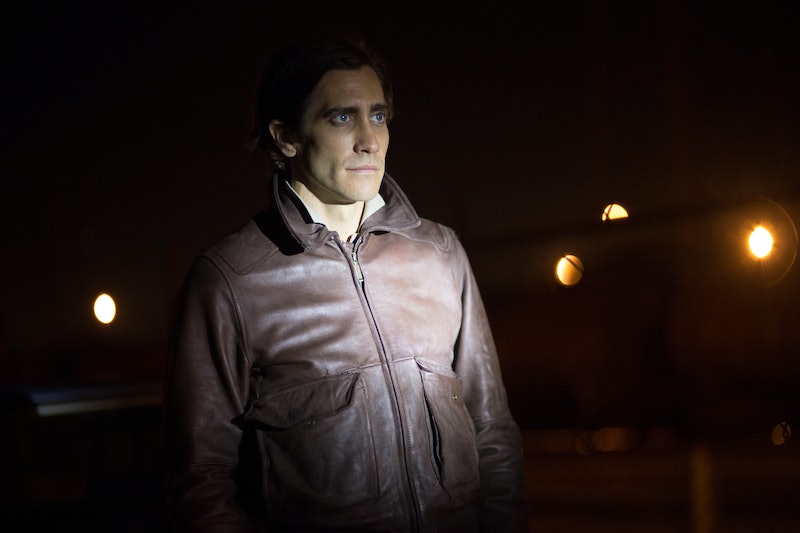 Oscars, Golden Globes, Critics Choice Awards, Screen Actors Guild Awards... How many different excuses does Hollywood need to throw a party and tell itself how awesome it is? (A lot, apparently.) With the first three months of each year jam-packed with awards shows, you'll be forgiven if they all start to run together. Obviously the Oscars are the premiere event of the season, but what's really the difference between the Academy Awards and, say, the SAG Awards, which will air this Sunday night on TNT and TBS?

For starters, the voting bodies are different. SAG membership consists entirely of actors, while the Academy is made up of 17 branches that represent the breadth of the film industry (actors, but also directors, writers, cinematographers, costume designers, and more). There are approximately 160,000 actors with SAG cards across the country; the Academy is much more exclusive, with just under 6,000 members as of a 2012 study.

SAG nominees are selected by a smaller committee of 2,100 members that are randomly selected anew every year. (A separate random sample of 2,100 members also votes on the SAG television awards.) Once that smaller sample chooses the nominees, the entire membership gets to vote on the winners. Conversely, Oscar nominees are selected only by their own branch: actors pick the acting nominees, directors the directing nominees, etc. Once the nominees are determined, the entire Academy votes on the winners. This year, the Actor's Branch of the Academy includes 1,176 members who will choose the Oscar acting category nominees, versus 2,100 choosing the SAG nominees.

Patricia Arquette, Keira Knightley, Emma Stone, and Meryl Streep should all look pretty familiar here. The only difference in this category is the surprise inclusion of Naomi Watts for her supporting role as a pregnant stripper in the Bill Murray dramedy St. Vincent. She's replaced on the Academy ballot by Laura Dern for her role as Reese Witherspoon's mother in Wild. What's so surprising here isn't that Dern didn't make the cut — she was far from a sure thing for the Oscar nom, either — but that Watts made it in over other strong contenders like Jessica Chastain for A Most Violent Year or Rene Russo for Nightcrawler.

This category matches up with the Oscars 100 percent. It's not surprising that the Academy threw a bone to a fixture like Duvall; at 84, he is now the oldest actor ever nominated for an Oscar. But it's disappointing that the often more adventurous SAG voters also recognized him for the lackluster The Judge over such deserving also-rans like Tom Wilkinson as LBJ in Selma or Japanese singer Miyavi as a cruel prison warden in Unbroken — or, heck, how about Andy Serkis' brilliant motion-capture work as Caesar in Dawn Of The Planet Of The Apes?

One of the biggest surprises when the Oscar nominations were announced last week was the inclusion of Marion Cotillard (who previously won the award in 2008 for the Edith Piaf biopic La vie en rose) for her role in the Belgian/Italian/French drama Two Days, One Night. Her nom came at the expense of Jennifer Aniston, who had only recently broken into awards consideration for her turn as a grieving mother battling chronic pain in Cake. Aniston herself was perceived as having bumped Amy Adams (as painter Margaret Keane in Big Eyes) out of the running... so Cotillard taking Aniston's place over Adams (who just won the Golden Globe, to boot) was particularly shocking.

Once again, a 4/5 match-up with the Oscars. The Academy's respect for all things Clint Eastwood lifted Bradley Cooper to his third Oscar nomination in a row after American Hustle and Silver Linings Playbook — a feat matched only by 14 other actors in history — over dark horse Jake Gyllenhaal for the thriller Nightcrawler. You'll notice that the Academy's egregious snub of David Oyelowo for Selma was repeated here; reportedly this was due to screeners of the film getting out too late. But regardless of the reason, given how closely SAG and the Academy usually line up, we really should have seen a snub coming.

Although the award for Outstanding Performance by a Cast in a Motion Picture can be considered the "Best Picture" prize of the SAG Awards, there is actually no direct correlation to this category in the Academy's roster. While Best Picture recognizes all the parts that make a film, including technical considerations, Best Cast strictly focuses on the acting — which is why it often helps to be a film about a sprawling cast of characters rather than one that's an intimate portrait of just a few. All five of these nominees are present in the Academy's list of eight Best Picture candidates. (Not included: American Sniper, Selma, and Whiplash.)

This is actually unusual: there is usually at least one film included in the SAG nominees thanks to its stellar cast that is ignored by the Academy for not being "prestigious" enough: like Lee Daniels' The Butler, The Best Exotic Marigold Hotel, and Bridesmaids in 2014, 2013, and 2012, respectively.

The SAG Awards typically do a very good job of predicting who will win with the Academy. Last year, all four SAG winners went on to take home Oscars: Matthew McConaughey and Jared Leto for Dallas Buyers Club, Cate Blanchett for Blue Jasmine, and Lupita Nyong'o for 12 Years A Slave. In fact, you have to go back to 2009 to find a year where only two of the four winners matched up between ceremonies — and even that was mostly due to confusion over whether Kate Winslet should be submitted in the Lead or Supporting category for her performance in The Reader. (She won the SAG Award for Supporting but took home the Oscar for Lead.)

So keep an eye on who takes home trophies this Sunday. The SAG Awards may not be as "important" as the Academy Awards, but the results from the ceremony this weekend could very well help you win your office Oscar pool on Feb. 22.