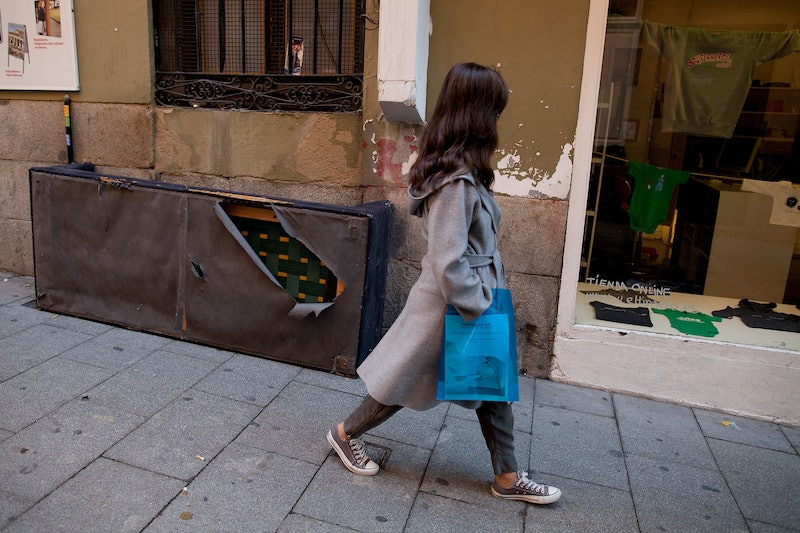 Often in trying to get men to understand how awful street harassment is, we use rhetorical techniques like "Would you talk to your mother like that?" But thanks to a project by Everlast, the men in this video really did catcall their mothers. The results are exactly as epic as you'd expect.

According to the video, 7 of 10 women in the city of Lima, Peru experience street harassment, which seriously sucks — though unfortunately isn't at all uncommon for a large city. Not even a little. In an effort to teach men who catcall women a lesson, Everlast decided to try an experiment. They located the mothers of several street harassers and enlisted their help. The women were given mini-makeovers to make them less recognizable and then headed out to walk past their children while the hidden cameras rolled.

Now, on the one hand I absolutely believe that the reason men should respect women isn't that we are "someone's mother/sister/daughter," but because we are people in our own right. On the other hand, I can think of no better way to scare street harassers straight than to let their mothers yell at them in the middle of the sidewalk.

So as the video says, men of the world, don't wait until you accidentally catcall your own mother to start respecting women. Street harassment is not a compliment. It is harassment.

Also, men should recognize that if women felt as safe shouting back at the men who disrespect them on a daily basis as they do shouting at their children, you would see a lot more scenes like this.