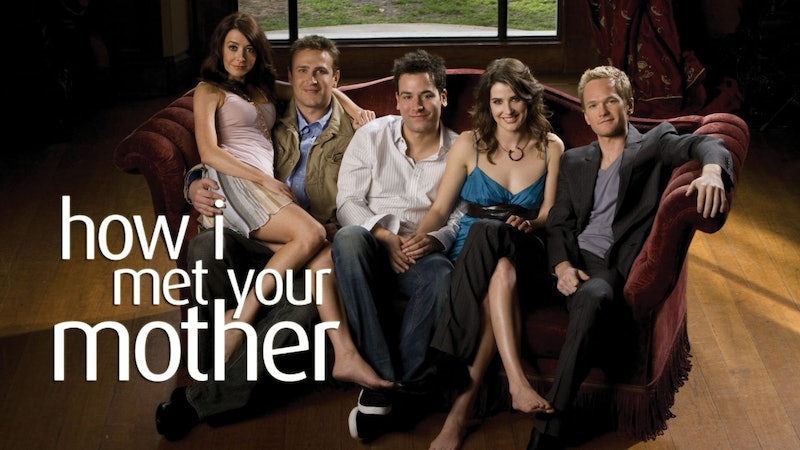 Well, the federal government has shut down. But you know what hasn't? America's need for recaps of How I Met Your Mother!

Last week offered a nice, low-key return to form for the long, looooooong-running series. The whole gang, minus Marshall, made their way to Farhampton for (the very beginning of) Barney & Robin's wedding. Lily got to meet the Mother, and we in turn got to see the Mother interact with at least part of the core cast. She felt like a believable and natural foil for Alyson Hannigan! So we can rest easy! Ted moped, but accepting that long ago was a pre-req for continued series viewing. Marshall became unlikely travel buddy to Sherri Shepherd. Typing it out makes it sound like the episode amounted to a series of "hey, these guys are still alive!" check-ins but it felt, to me anyway, like HIMYM rediscovering its sea legs after two many moons on dry land. In the realm of nine-years-running sitcoms, that might as well be a major victory.

Episode three, "Last Time in New York" gets less of a pass. Sure it offered the emotionally charged conversations, goofy flashbacks (swordfighting!) and patented "let's pretend this is a thing, and name it" takes on obscure social conventions that have been hallmarks of HIMYM forever. It's just hard not to feel like we're spending valuable episodes setting the table here, and for an event that's perhaps less immediately interesting to audiences than Bays & Thomas would think.

Barney and Robin spent the episode trying to have sex. Those guys! Not because they were feeling particularly randy, but out of fear that marriage would mean the end of a vibrant sex life. To render the event all the more urgent, all of their elderly relatives had already descended on the hotel and really begun to de-sex the whole place. For Barney and Robin, it was imperative that they lock this down NOW. Does this subplot go anywhere? Absolutely not.

Actually, even less engaging than Barney and Robin's desperation to find a sex room was Marshall driving through Green Bay Packers country with baby Marvin and Sherri Shepherd. That's what happened -- Marshall drove through Packers country with baby Marvin and Sherri Shepherd. They made some Vikings jokes. I guess they're closer to New York than they were last week. Next week they'll be even closer. Unless this builds to a point where Marshall and Sherri accidentally sleep together, then get married, I'm not sure I need to see much more. You could wholesale fast-forward through the Marshall segments and not miss anything at all.

Finally, Ted. It's him putting together the New York bucket list of the title, determined to finish some last minute business before escaping his past (escaping Robin) and moving to Chicago. Lily, forever the one who knows everything, encourages him to stay -- until she realizes the extent of his feelings for Robin, and the reason he needs to leave. "For a guy who loves New York this much to leave it…you must really need to go." All of which I find fine, except for the fact that this whole conversation takes place in the hotel dining room. That's the conceit of this last season -- all 25 episodes taking place, on some level or another, on wedding weekend. Flashbacks and -forwards and -sideways alleviate some of the claustrophobia of the Farhampton Inn, but there's no leaving its walls anymore (or so we're led to believe). Better get comfortable!

More like this
12 Documentaries & Films About Cults From Netflix UK To Hook You From Start To Finish
By Kay Leong
At 14, Kate Berlant Had A Wheelie Backpack & One Line In 'Lizzie McGuire'
By Samantha Rollins
Everything To Know About The Bear Season 2
By Brad Witter
Don't Expect To See Your Fave Modern Royals Depicted On 'The Crown' Season 6
By Jack Irvin
Get Even More From Bustle — Sign Up For The Newsletter