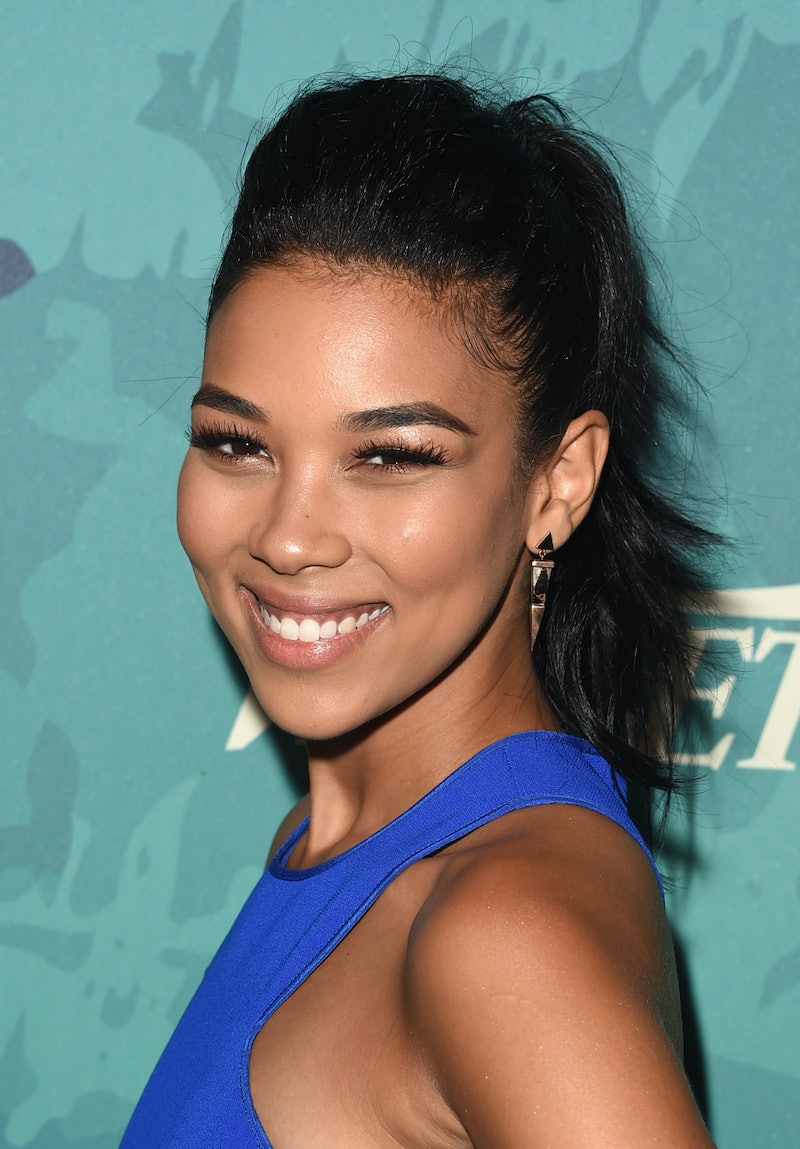 It is tough for the average American, in this post- Star Trek Into Darkness world, to trust any entertainment news circuit announcement about a major Hollywood franchise. Still reeling from the emotional damages incurred by J.J. Abrams’ duplicitous insistence that there would be no Khan Noonien Singh in his 2013 feature, we’re inclined nowadays to look for every conceivable undercutting loophole or technicality in a blockbuster press release that might render the news not quite what it seems. And man did we hit the mother load with this latest entry surrounding X-Men: Apocalypse.

Sure, Bryan Singer would have us believe that Nickelodeon star Alexandra Shipp is playing Storm, the weather-controlling mutant character immortalized in past ­X-Men films by Halle Berry. The franchise’s returning director revealed the news in a tweet, also mentioning Tree of Life, Mud, and Joe star Tye Sheridan as the movie’s new take on Cyclops, as well as Game of Thrones’ Sophie Turner as the next Jean Grey. And while the latter two casting bits seem airtight (for now), we’ve cracked a hole right through the deceit in which Shipp’s involvement in this film is ensnared. A quick jaunt over to IMDb will reveal that Shipp may not be playing Storm after all… but in fact, a character named Storn.

Yes, both the X-Men: Apocalypse feature page and Shipp’s personal page, the actress is listed as playing “Storn.”

A simple typo, you might say. Sure. Fine. Plausible… to those not well versed in the deception of the film industry. But I’m willing to consider that the whole thing may be a misunderstanding… as long as you’ll also hear out my other theories.

Let's start by entertaining the idea that Shipp is, in fact, taking on Berry's old role as the dutiful student of one Charles Xavier... considering it is, technically, the most "realistic" theory. The high profile character would be a big step for the young actress, whose roles up to this point have skewed a bit younger.

Shipp's entry into the X-Men universe might be overshadowed by the simultaneous announcement of Sheridan and (especially) Turner's casting, considering the performative esteem garnered by the first and the Game of Thrones fandom earned by the latter. That said, we shouldn't let Shipp fall out of mind. The fan favorite character Storm has been robbed of her due spotlight in the past few X-Men movies; perhaps some fresh blood will recharge the franchise's interest in developing the heroine.

Slightly less feasible, but hear me out! Who says that the time-jumping X-Men series can't shoot its characters to the dawn of the 3000s, a time of outer space colonization and intergalactic warfare? Perhaps the indestructible Wolverine will find himself hurling through the vast cosmos for one reason or another, eventually landing in the company of a member of Lord Storn's lineage.

All right, this is more than slightly less feasible ... moving on.

Sure, it'd be a nightmare to bust through all the legal barriers that'd keep a DC Comics character from entering a Marvel Comics cinematic property owned by 20th Century Fox... and not ostensibly worth the effort considering the diminutive notability of this particular superhero. But hey, they've got to do something to beat the Spider-Man/ The Avengers: Infinity Wars union to the punch.

In what superhero franchise would an evolution scientist be more at home than in one about freakin' mutants?! (I know, I know, it's not that kind of evolution...) The only question now: who'll play Storn's trusty sidekick, Ken Price?

Perhaps Apocalypse will mark a rare step away from X-Men's rigid science-fiction identity and into the realm of magic. If cold hard mutated genetics can't top the titular baddie, then perhaps the inexplicable mysticism of the Elder Scrolls world can! Granted, Shipp doesn't quite look the part for Storn Crag-Strider... but Jennifer Lawrence ain't really blue, either.

In the franchise's most "meta" move yet, perhaps the X-Men call upon renowned comic book character illustrator Cook to design a new set of swanky costumes for their uprise against the nefarious Apocalypse.

So what do you think? The DC hero? The scientist? The RPG character? ... Don't tell me you buy the whole typo theory, and that she's really actually just playing the X-Men character Storm. Talk about illogical.

More like this
The 'Hocus Pocus' Sequel Finally Has A Release Date & It Makes Total Sense
By Shannon Barbour and Radhika Menon
Emilia Clarke Shares More Details About The New 'Game Of Thrones' Series
By Maxine Harrison
“The Door Is Always Open” For Another 'Breaking Bad' Spin-Off, Says AMC Boss
By El Hunt
Everything You Need To Know About The 'Knives Out' Sequel
By Grace Wehniainen
Get Even More From Bustle — Sign Up For The Newsletter