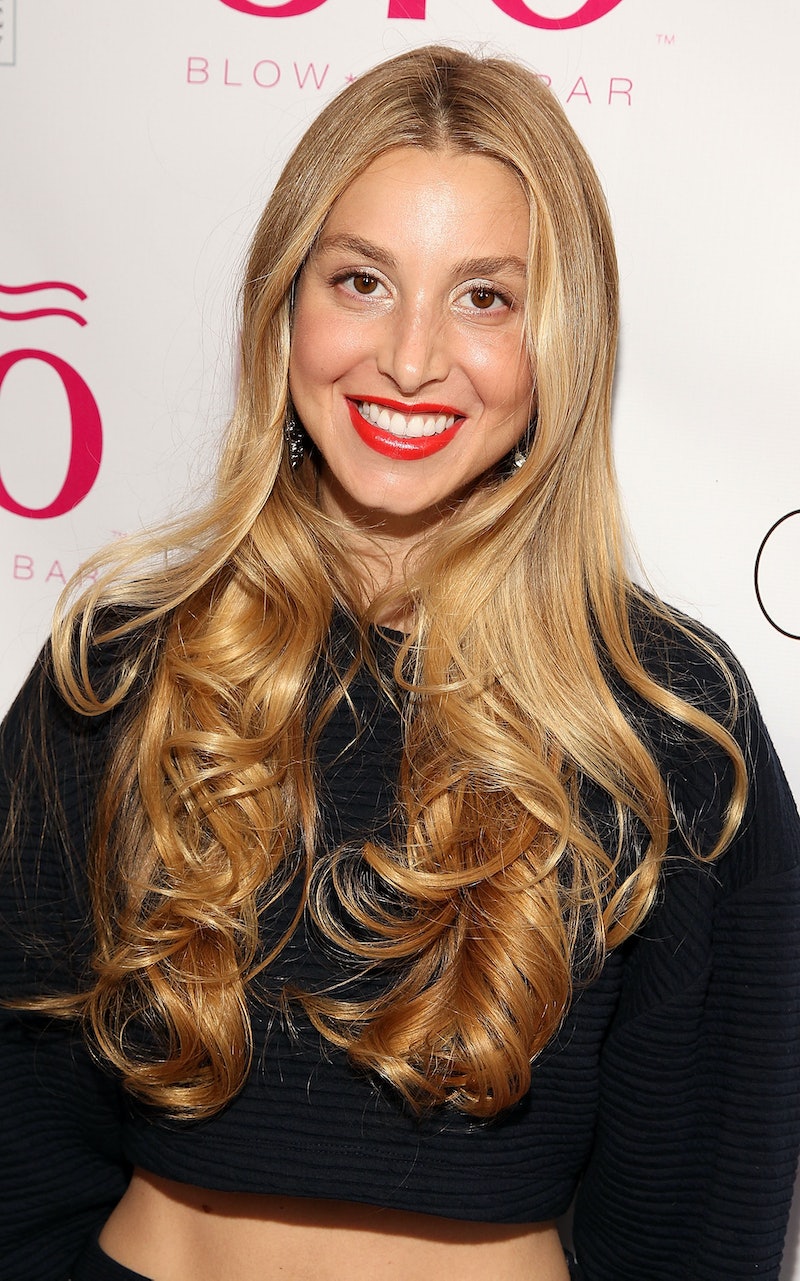 In case you've forgotten, or your Hills radar is on the fritz (in which case, get that fixed!), everyone's imaginary cool best friend Whitney Port is getting hitched and planning her wedding. I know, I know... She's still interning at Teen Vogue in my mid-2000s-oriented mind. But, alas, in the real world she's all grown up and she's not even the first person from The Hills to get married...or the second...or even the third. So yeah, this probably shouldn't hit as hard as it is, but I think it's just that the reality of adulthood sinking in. Us tweens and teens of the early to mid-2000s are getting old and no amount of The Hills reruns will reverse that, unfortunately.

Not to make this all about us and our feelings (even though it kind of is), I'm genuinely excited for Port and cannot wait to see all of the postcard-worthy pictures from the hallowed event. Especially after hearing what she told E!:

It will be a destination and it will be sorta medium size. We have a good amount of people that we would like to share the day with, so it will definitely be lots of friends and family.

Also, she's got some ambitious ideas for her day-of attire:

I don't think that I would necessarily be capable of designing a full wedding gown as that's not really my forte, but I have thought about designing it with another designer who specializes in that.

For reals, Whit, I'm sure it's going to be awesome, but I'm kind of more concerned about the emotional, totally irrational thoughts that your big day is spurning in my mind. Like, for instance, this unhealthy stream of consciousness:

It's cool that Whitney's getting married. She's way older and more experienced. I'm just not at that place in my life yet.

THIS ALL SEEMS VERY SUDDEN. Why didn't she give me advanced notice to prepare for something THIS monumental?

She's been engaged for over a year? Well, if I had gotten a Save the Date, maybe I would've known.

It's cool, you get it, the whole "love" thing. You were with someone for a while, too... Before you broke up.

And you don't regret it, like at all, when you're not under this type of emotional distress that Miss Whitney Eve Port has inflicted upon us all.

DON'T GO THERE GIRL. YOU ARE BETTER OFF.

He still wears his jeans from middle school. Remember that. Let that carry you through.

And he's nearly ruined the entire male species for you. So marriage? Not even a blip on your radar.

You're probably just going to get a few rescue dogs and qualify for an AARP card first.

But some of your friends are totally heading in the marriage direction. Is Whitney having LC in her wedding Party? Are your friends putting you in theirs?!

SO mad at this hypothetical betrayal right now. Honestly.

You're being ridiculous. Stop harping on your own issues. This is Whitney's time, and she was totally your Hills fave — aside from LC, of course.

Positive vibes only. You're never gonna get an invite this way, girlfriend.

Wait... The wedding is going to be "medium size?" Guess I won't be invited.

I wonder if they'll televise it...