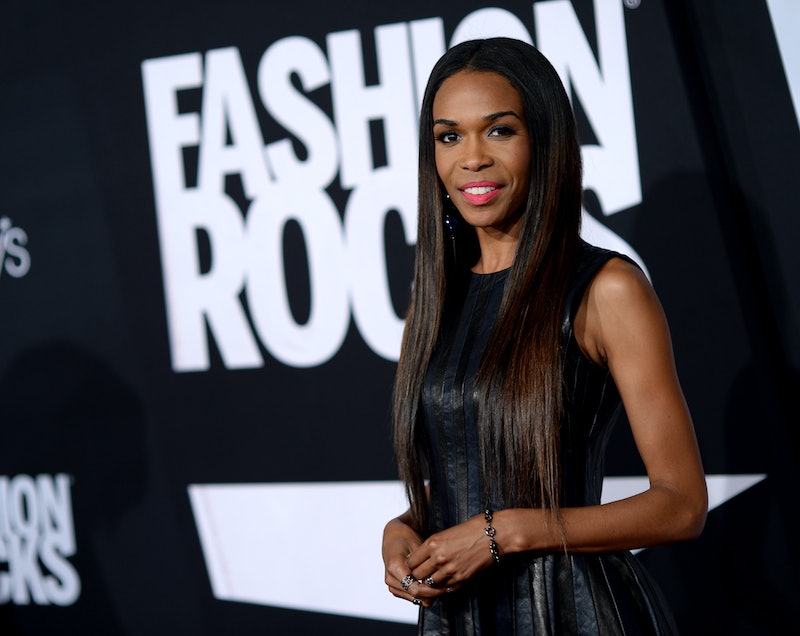 It's the paragraph heard 'round the world. What am I talking about? Oh, you know, the selection from God, Guns, Grits, and Gravy by Mike Huckabee in which he calls Beyoncé out for being a "stripper," says her husband Jay Z exploits her as a "sex object," trash talks her new music, as well as anything else you can think of that might be offensive and upset Queen Bey's fans. Well, during a Thursday appearance on The View, the hosts called out the former Arkansas governor for his word choices. He tried to defend himself, because, after all, he only wrote "half a page" about the singer. With that said, former Destiny's Child member Michelle Williams defended Beyoncé and told Huckabee that her friend is "amaaaazinnggggg!"

Williams wasn't taking any excuses from the author, and she even gave quite the statement, which I think any and all Beyoncé fans will agree with. Williams said,

As someone who has definitely come up in a group with her, has seen her hard work and who she is, I just feel like that album and those songs, it was that one moment where she decided to probably do some songs she has always wanted to do, to shed that "I’m a good girl [image]." She had some freedom and she owned it and she took it. I was definitely offended — I’m not the Carter spokesperson — but to hear some of those comments that you said, I thought were very, very low.

If you're wanting to high-five Williams right now, you aren't the only one. Many Beyoncé and Destiny's Child fans are bowing down to Williams for her remarks. Actually, some have even taken to Twitter to praise Williams. Here are a few of those tweets:

I'm not saying Huckabee can't have his own opinions or can't speak his mind, but he should know better than to mess with Beyoncé fans. That's a big no-no.