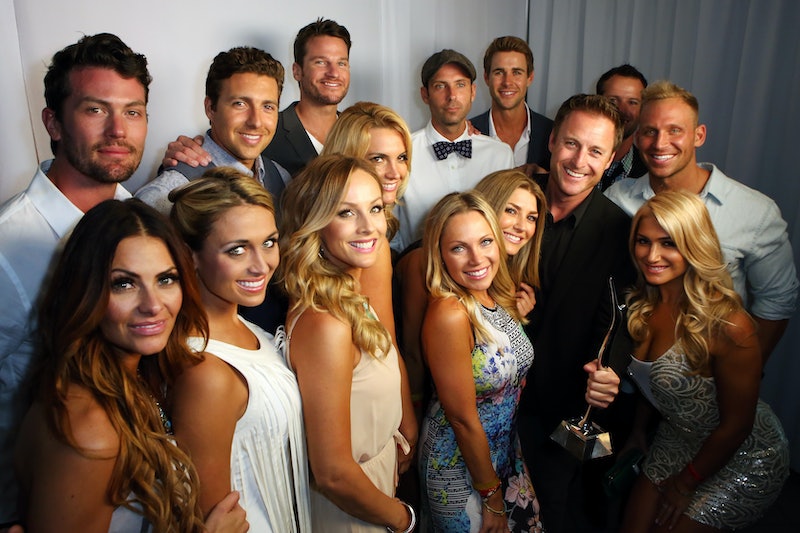 We are well into Chris Soules’ boring season of The Bachelor, and as eliminations pile up, attentions are fixed onto one room, a suite, actually, in particular: the Fantasy Suite. A fixture since the show’s inception, the Fantasy Suite allows Bachelors and Bachelorettes alike to spend some alone time with their final contestants. You know, to talk and watch the sun rise. While the rules of the Fantasy Suite don’t say sex is required, it’s the only alone time — without cameras — that anyone gets on this show, and we’re all adults here. It’s a room for doing the hibbity dibbity without saying that it is a room for doing the hibbity dibbity.

Normally, I would be fine with this: Like I said, we’re all adults here. Your business is your business, and if you’re going to “marry” this person, you’d better take the car out for a drive before you buy it. The Bachelor/ette , though, has a history of being really weird about sex. They give you a room to do it in, but they don’t want you to talk about it or really reference it in any way, unless you’re Sean Lowe and Catherine Giudici, in which case your newfound virginity and “grown sexy” wedding make for big ratings.

The Fantasy Suite makes for an interesting dichotomy on women and sex, one that is certainly mirrored in a world outside of Chris Harrison. On The Bachelor, the women on the show are all but required to accept a Fantasy Suite (er, sex) date. They are essentially beckoned, and if you want to make it to the final rose ceremony, you should really say "yes." Women who don’t put their sexual feelings in these boundaries are basically excommunicated.

Cheresse Pentella, a contestant on Season 6 of The Bachelor, turned down a Fantasy Suite tryst with Byron Velvick, citing that she couldn’t sleep with someone so early — in real life, it would be their third or fourth date. She was sent home that week.

Clare Crawley, who appeared on much-maligned Season 18 with Juan Pablo Galavis, invited Galavis for a midnight dip in the ocean during a trip to Vietnam. As they say on Seinfeld, that dip led to yadda yadda yadda and Galavis slut-shaming Clare after sex the next day. Galavis, who had no problems making out with like, every girl on the show, said he wanted to make a good example for his daughter, so his and Crawley’s rendezvous was a mistake. She was obviously upset and humiliated. Galavis also told Crawley he liked “[banging] her” when they were in a helicopter later that season. Cute, and not at all a mixed message, Juan Pabs.

On a later date, when Crawley acquiesces to the Fantasy Suite hullabaloo, Galavis tells her that because there are no cameras or anything, it’s now okay for them to have sex and for her to want sex. Because Crawley didn’t fit her sexuality into normal Fantasy Suite protocol, she was treated like garbage by both the show and Galavis, and rumors have flown that her Vietnam tryst was the reason she didn’t get picked as the next Bachelorette.

Bachelorettes don’t have it so easy, either. Our most recent Bachelorette, Atlanta-based DA Andi Dorfman, also made her debut with Galavis on his season of The Bachelor. Although she said yes to the Fantasy Suite date, she and Galavis did not consummate their relationship, mostly because he wouldn’t stop talking about himself. He also bragged that he had had sex with Clare the night before (he is a real charmer, isn’t he?). Fast forward to her cutting bait, becoming the next Bachelorette, and ending up at her Fantasy Suite week. Dorfman sent now-Bachelor Soules home, spending respective nights with both Josh Murray and Nick Viall, the final two suitors.

At the final rose ceremony, Dorfman picked Murray, and the nation was delighted at the new couple — until that is, the “After the Final Rose” live show that follows the proposal, where an understandably heartbroken Viall asked why Dorfman slept with him, too, if she wasn’t going to pick him. With this, social media went wild, judging both Viall for bringing it up (even though it’s a valid question) and Dorfman for “opening her heart,” in Bachelor-speak, to two men. Fox News host Bob Beckel even went so far as to call Dorfman a slut on his show, The Five. Had Dorfman been Andy instead of Andi and a Bachelor instead of a Bachelorette, I'm guessing it would have been uproarious to ask how he dares sleep with two women: He’s a Bachelor! Of course he must test out the merchandise!

Will Soules’ season fall into this sexist trap? So far, it seems like it. The show’s formula doesn’t adapt well to change (see: revealing 15 women first and then the following 15 women post-cocktail party on the premiere). Why should women subject themselves to this Victorian-era show? I guess they’re all doing it for the right reasons.