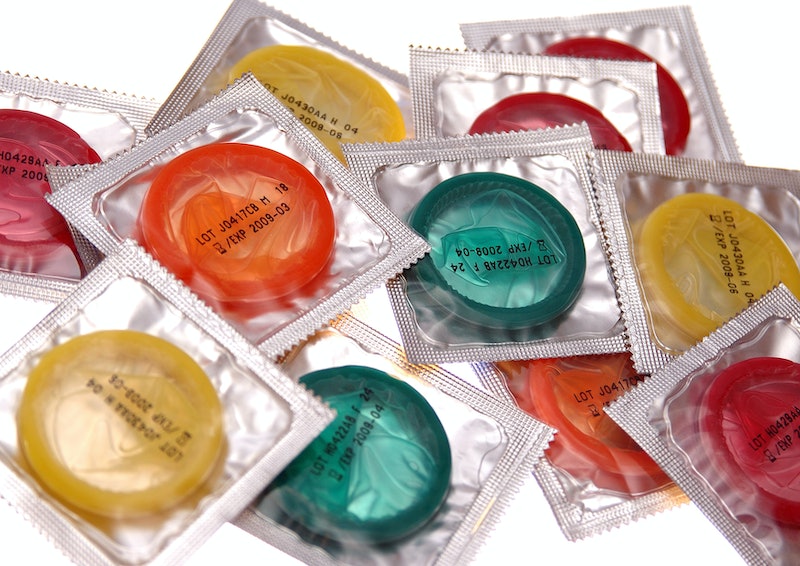 Paris' Men's Fashion Week is just wrapping up and penises were one of the hottest topics of the week. Rick Owens may have sent his models down the runway without any pants on, but students at Central Washington University are taking pantless-ness in fashion one step further by creating entire outfits out of condoms. Teams will be given 600 condoms to create clothing items to be showcased in a fashion show for their Sexual Health Week, reports Seattle Pi. From a fashion point of view, it definitely has the potential to be exciting: Seeing designers make garments from non-traditional materials is basically the whole premise of Project Runway, after all. Other fashion design competitions, like this one in China, have showcased some gorgeous, creative designs worthy of any runway as well.

From a sexual health perspective, the move might appear frivolous and pointless — or even like a waste of condoms! If you've ever bought a box of Trojans at the drug store, you're racking up the Proenza Schouler you could buy with what 600 condoms cost. But as a sometimes sexual health educator, I think that things like this are actually super important. The event brings the designers, models, and the audience in closer proximity to condoms. And ultimately, events such as this help bring contraceptives out of the spaces where we allow them to be stigmatized and left undiscussed, and literally into the light in a social context.

Perhaps this show seems like it will have little to no impact, and is just an excuse to let randy college kids make some dick jokes. But I assure you that those dick jokes actually lead to feeling more comfortable around condoms. When teenagers come to events in which I and other sexual educators are handing out condoms, almost all of them laugh and giggle uncomfortably — but almost all of them come back alone to grab a handful. The reality is that very often when people are having sex, they're only doing so with a condom about once every three times. So diffusing the discomfort that's still all too prevalent when it comes to talking about sex and condom use — whether by fashion or humor — is definitely an admirable goal: And it's also so necessary.