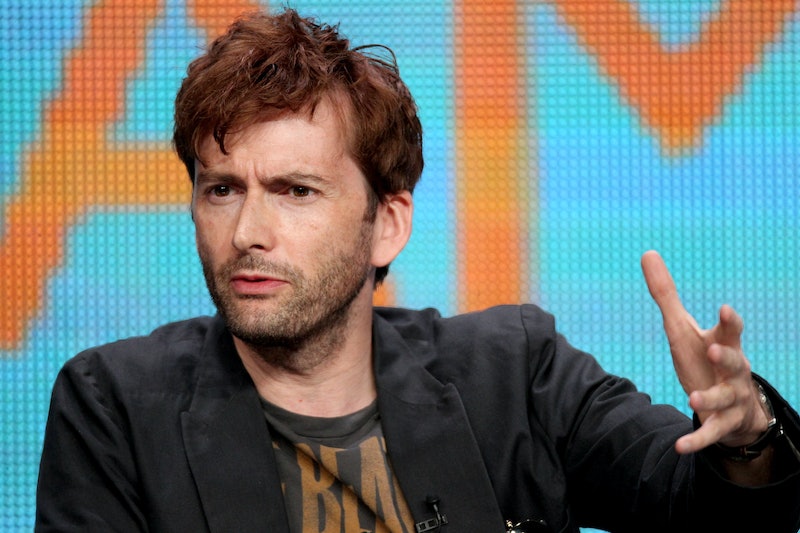 One man has taken another step in the longstanding battle for the Iron Throne of Geekdom. That man would be former/forever Tenth Doctor, David Tennant, who is coming to Marvel thanks to a role in the upcoming Netflix series AKA Jessica Jones . It's yet another case of geeky cross-pollination, though fans should know that he will hardly be playing a character reminiscent of his beloved Ten. According to The Wrap, Tennant will play the series' villain, Killgrave. And, I mean, if that's not a dead-on villain name then I don't know what is.

Tennant is iconic among genre fans for his stint as the Tenth Doctor in BBC's Doctor Who. More recently, he's been the star of BBC's Broadchurch and its Americanized version Gracepoint. From his Doctor Who days, he is known as a generally affable being, so seeing him take a villainous turn will be an interesting shake-up. That's especially true given the phrasing being used to describe his character's role in the series. The Wrap describes him both as an "enigmatic figure" and one whose presence "is said to send 'shockwaves' through the universe of the superhero-turned-private detective."

Tennant is hardly the first beloved Brit to make the move to Marvel — heck, importing British actors is even more of a Marvel trope than hiring muscle-bound blonde men named Chris. With the exception of Benedict Cumberbatch's Doctor Strange, they're largely cast as villains — see Tom Hiddleston's Loki. He's not even the first former Doctor to be a Marvel villain: Predecessor Christopher Eccleston (Nine) was one of the baddies in Thor: The Dark World . I wouldn't be surprised if Matt Smith (Eleven) announced a Marvel contract sometime soon.

Yes, a Marvel role seems like practically a rite of passage for the British thespian seeking an international audience, much like being in the Harry Potter series used to be. And hey, Tennant's already done that, in one of his previous villainous roles. You gotta remember Barty Crouch Jr. and his fascinating tongue problem.

Seriously, what was up with that?