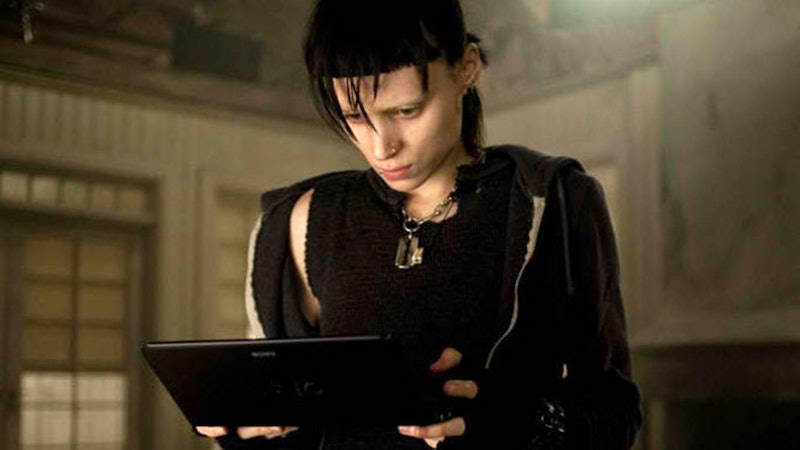 It's no secret that women have been viewed as less important in Western culture for centuries. Unfortunately, this also means that words for powerful, intelligent women are hard to come by in the English language. Even the so-called positive terms that do come to mind — queen, matriarch, madame — have such antiquated, politically incorrect roots they can hardly be used in a modern context.

The words we use today — “lady,” “babe,” “girlfriend” — are so vague and impersonal they fail miserably to capture a woman’s depth and complexity. Not to mention Hollywood’s proliferation of female stereotypes. We have so many great role models these days (Hillary Clinton, Jane Goodall, Tina Fey) — we need more terms to describe their all-pervasive awesomeness.

It wasn’t until recently, when I encountered the article “Margaret Atwood: Doyenne of Digital-Savvy Authors” that I began to think that maybe, words for diverse, strong-minded women had existed all along. I love how words like doyenne (a badass female leader) and virago (a woman of great strength) open up new ways for women to see themselves and to communicate. Which is why these 13 terms need to find their way back into everyday vocabulary — and society — stat.

Literally “fair lady” in Italian, belladonna refers to a deadly plant used to enhance beauty in the 15th century. According to WebMD, women used to squeeze juice from belladonna berries into their eyes to make their pupils larger. Though it can be poisonous, the plant has also been used as a pain killer. When it comes down to it, a belladonna, plant or not, is a force to be reckoned with.

I think the closest equivalent we have to colleen (from the Irish cailín) in our culture might be “virgin.” But that word has all sorts of strange and ridiculous baggage. I like this word’s simplicity: a colleen is merely an unmarried girl.

Meaning a woman who flirts lightly, coquette carries much more positive connotations than often used counterparts like “tease,” “harlot,” and “strumpet.” Not to mention, a tufted coquette is also an awesome hummingbird that flaunts orange and green feathers.

Though this word is often used in reference to a widow, a dowager can take the form of any high-class, wealthy, or dignified elderly woman — not just those with deceased husbands.

A doyenne is the feminine version of a badass leader who possesses the trifecta for power: seniority, authority, and rank. Merriam-Webster defines her as "a person considered to be knowledgeable or uniquely skilled as a result of long experience in some field of endeavor." In other words, she knows exactly what she's doing.

Synonymous with female guardians, duennas in popular literature include Minerva McGonagall from Harry Potter and Effie Trinket from The Hunger Games. Speaking of the Harry Potter series, if you want to read about all the times Professor McGonagall was an absolute badass, look no further. You won't be disappointed.

A particularly vicious older woman — the term harridan has a similar meaning to, but just sounds so much more inviting than “hag.” As vocabulary.com puts it, "you might call the old lady next door who yells at you to stay off her lawn a harridan." It went on to reference the Wicked Witch of the West. So while this term isn't necessarily complimentary, it's much more creative than calling someone a grump.

From the Irish for “my love” or "my darling," mavourneen is just a beautiful word. According to Merriam-Webster, it was first used in 1800, so it goes way back. It comes from the Irish word, mo mhuirnín.

The Girl with the Dragon Tattoo springs to mind for termagant, which means a trouble-making woman, prone to fits of violence or brawling. This word is a reminder, especially when it comes to characters in movies, that women aren't one dimensional and shouldn't be portrayed as such.

Regina has long been the official Latin title for a queen, as in “Elizabeth Regina” or “Mother of heaven, regina of the clouds” (Wallace Stevens) or “How’s it going you implacable Regina?”

I admit to being a bit of a slattern at times — an untidy or slovenly lady. And I'm okay with that. The dishes can wait until after I’ve ushered in a new world order.

The Latin roots (vir for man, as in virile) of virago once upon a time implied that a well-traveled woman, a virago, was manlike. We no longer compare women of mighty resolve to men, but we can keep the word. For examples of viragoes, see The Virago Book of Women Travelers by Mary Morris.

This term is so much cooler and more empowering than “nag.” A vituperator is a woman who speaks her mind, often with harsh or abusive language. Amy Schumer, this one’s for you.