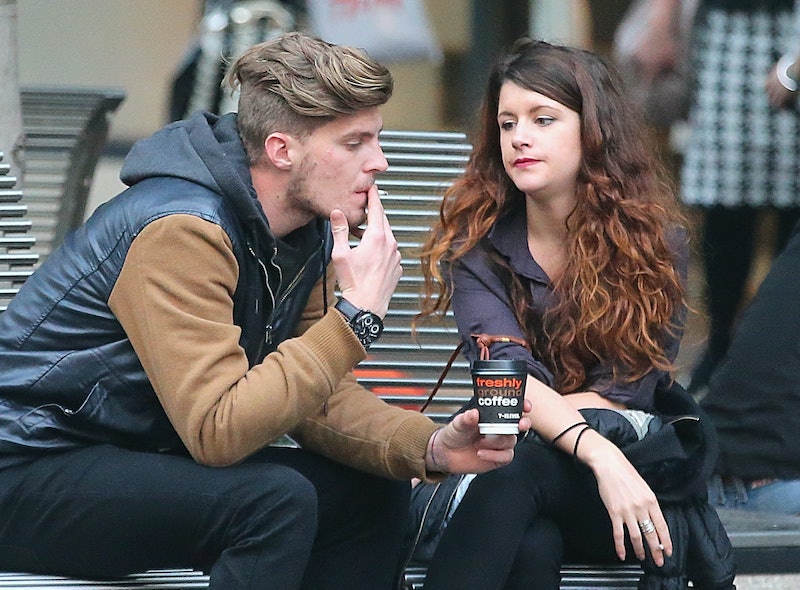 It's long been a common — if still confusing — truth that men often mistake women's vaguely friendly behavior for signals saying, "I must have you right now," but now there is actual science to back up this fact. According to research at the Norwegian University of Science and Technology, men are more likely to interpret friendly behavior as sexual interest from women. Women, on the other hand, are more likely than men to mistake signals of sexual interest as indications of friendship. So are we just doomed to a life of miscommunication, then? Well, hopefully not.

In the study, over 300 heterosexual participants between the ages of 18 and 30 were asked about their experiences with people of the opposite sex. Questions included things like, "Have you ever been friendly to a person of the opposite gender, and had your actions interpreted as sexual interest? If yes, how many times has this happened?" and "Have you ever been sexually attracted to someone and shown interest, and had the other person misinterpret your signals as friendliness? If yes, how many times has this happened?"

They found that, while both women and men had experienced both phenomenon, women were far more likely to have had friendly actions misinterpreted as sexual interest, and men far more likely to have their efforts to express sexual interest interpreted as the behavior of a friend. These results were consistent with a similar American study done in 2003, suggesting that this truly is a pervasive pattern in our society, not just a stereotype.

So why are we like this? Well, the researchers think it might be part of our evolutionary biology, especially since the results remain consistent in two different countries — especially since Norway is ranked as one of the most gender equal countries in the world, unlike the United States. Still, study author Mons Bendixen says that even though men might be evolutionarily primed to err on the side of optimism when it comes to seeking opportunities for sex, that doesn't by any means excuse the behavior of men who try to pressure or guilt trip women, or who won't take no for an answer when their mistake is pointed out.

“Even though evolutionary psychology and our findings can help account for some sexually inappropriate behaviour in men, it doesn’t mean that evolutionary psychologists defend this happening," Bendixen said. "Measures can be taken to prevent sexual harassment. It will help if we just teach men that a woman who laughs at your jokes, stands close, or touches your arm at a party doesn’t mean that she’s sexually interested, even if you think she is."

I would humbly like to add to this list also teaching men that "The Friendzone" is a stupid idea.

So guys, if you think a woman is interested in you and it turns out you got it wrong, just know that it's OK, it happens. What isn't OK though, is if you try to insist that she really is into you, or that she's a tease, or anything else that isn't a polite, "Oh, I'm sorry. My bad." Don't be that guy, OK? Just don't.

More like this
The Best Time To Date After A Breakup, According To Experts
By Bustle Editors
We’ve All Had Bad Sex. Nona Willis Aronowitz Is Talking About It.
By Sophia Benoit
How Do I Deal With Both ED & Premature Ejaculation?
By Sophia Benoit
7 Women Share Their Best Orgasm Stories
By Lexi Inks
Get Even More From Bustle — Sign Up For The Newsletter