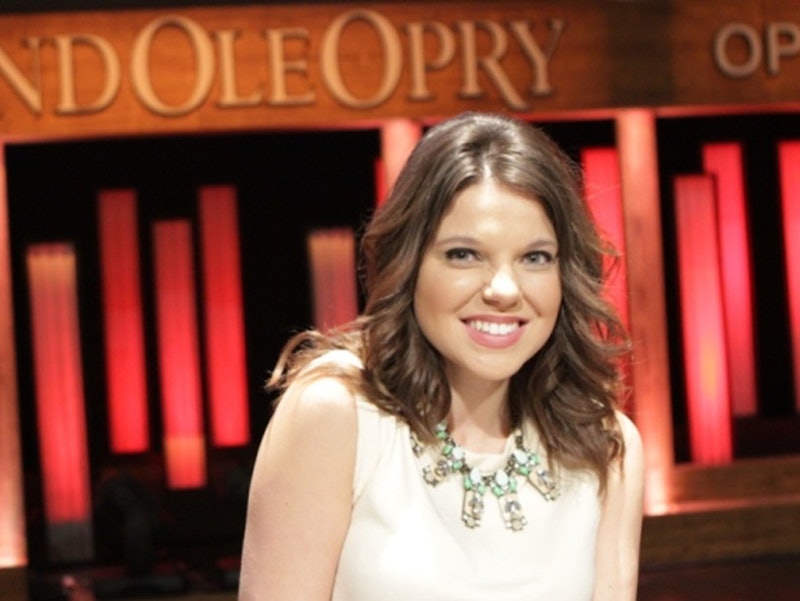 It turns out even the Duggars aren't perfect. Michelle and Jim Bob's niece Amy Duggar revealed that she was born out of wedlock, something that's shocking to many fans of 19 Kids and Counting. But apparently this is one tabloid rumor that was true, and Amy confirmed this on her Instagram account. She shared a photo of her parents and let her fans know the real story. "The tabloids are telling the truth, my mom and dad did have me out of wedlock," she wrote in the caption. "Just because we are Christians doesn't make us perfect, it just makes us forgiven. Just because I share the Duggar name doesn't mean my life is perfect!"

It's all too easy for people to assume the Duggars are doing everything right all the time. They're very vocal about the rules they abide by, including no drinking, dancing, and definitely no pre-marital sex. But Amy says she is proud of her mother's decision to follow through with the pregnancy even though it would expose her as someone who had sex before marriage.

"I'm extremely grateful to my mom for choosing to give me life. I'm sure she was scared, young, ridiculed, and felt ashamed," Amy's caption continued. "God's grace covered it though! She's beautiful inside and out. I'm also grateful that I have such an awesome relationship with my dad! Seriously he's the greatest!"

She ended with a #prolife hashtag, because if there's one thing the Duggars hate more than babies born out of wedlock, it's abortion.

And as for Amy? She's doing pretty well despite it all. She's following her dreams of being a country music star while continuing to appear sporadically on 19 Kids and Counting. And since coming out with this news, she's been active on Twitter reminding people to love first, instead of judge.

The rest of the Duggars have yet to comment on the situation, but they're all about family so I'm sure they'll stand by their niece's side through any criticism she and her family may receive. If there's anything the Duggars can count on, it's support from their loved ones.

More like this
Beyoncé & Madonna’s “Break My Soul” Remix Honors A Group Of Black Icons
By Stephanie Topacio Long
Who Is Camila Cabello Dating? She's Getting Cozy With Lox Club CEO Austin Kevitch
By Radhika Menon
Kim Kardashian & Pete Davidson’s Relationship Timeline From Start To Finish
By Jordyn Tilchen and Bustle Editors
'A League Of Their Own' Star Abbi Jacobson Is Engaged To Jodi Balfour
By Jake Viswanath
Get Even More From Bustle — Sign Up For The Newsletter