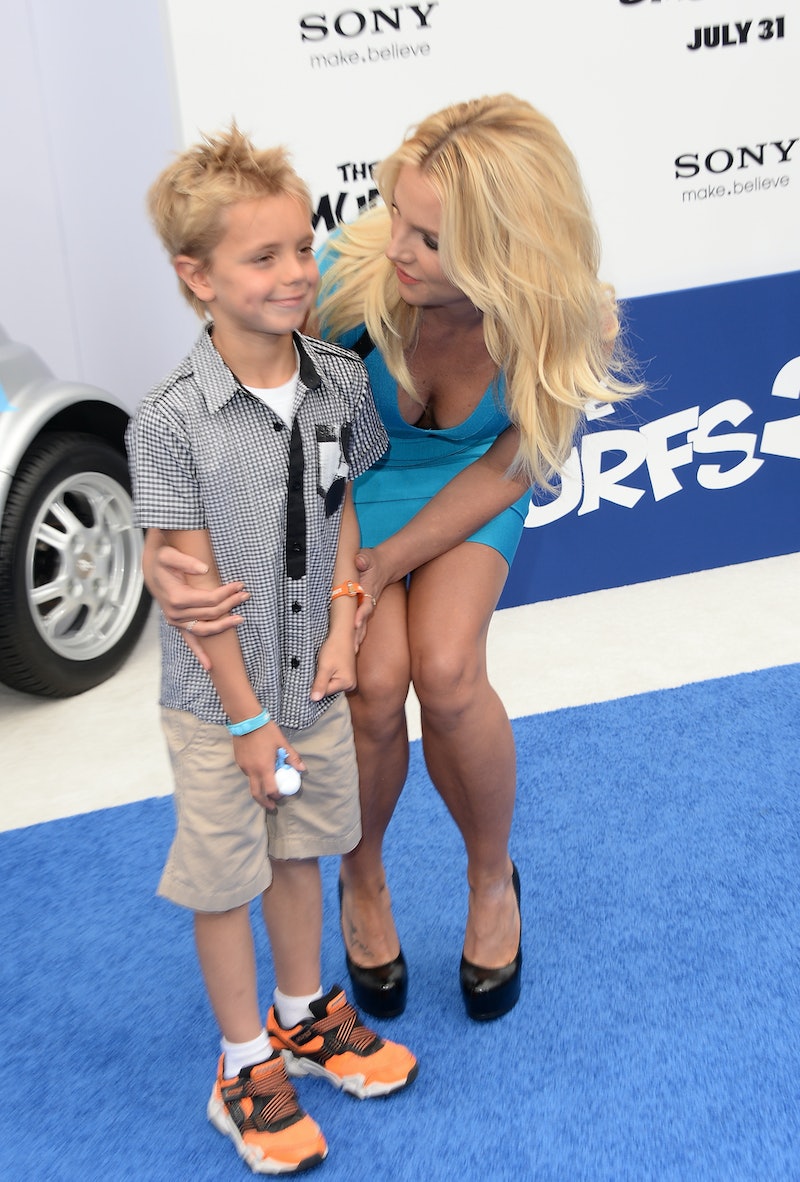 Since she first hit MTV in a sports bra and jogging pants, Britney Spears has been a part of almost every discussion of oversexed women in media. As her star grew and as her clothing shrank, the singer became synonymous with sex. She was dripping with it at every possible turn. But whether it's the wisdom of aging and motherhood or the fact that she's grown tired of pop music's impossible standards, Spears is finally taking a stand.

The singer did a phone interview with a Boston radio station Thursday (full audio available on TMZ) to speak about her new Las Vegas residency and her single "Work, Bitch." Though the DJs kept it playful, the beloved pop singer candidly unleashed some truths on her interviewers: She's been pressured to be sexual in her music videos despite her own wishes to keep it focused on the dance and the music. When the topic of her raunchy music video for "Work, Bitch" came up, BritBrit admitted that it could have been far worse:

Oh my god, we showed way more skin and did way more stuff for the video than what is actually there. Like, I cut out half the video because I am a mother and because, you know, I have children, and it’s just hard to play sexy mom while you’re being a pop star as well.

But it's what she said after that statement that's really striking. When the DJ asks, "Are they pushing you further than you wanna go and then you sit in the editing room and say, 'No, that has to go' and that's pretty much how that's all lined up?" Spears replies with a sheepish, yet very real "Yes."

It's a sad reality, yes. But the fact that Spears is being honest about it is important. Instead of journalists and advocates doing their best to peel back the curtain on how the sexy sausage is really made, Spears is putting it out there for us to examine. She's letting us backstage where we can see it's not all glitter and champagne: There's an ugly element that pushes women beyond their comfort zones — and not in a progressive, creative, "Work, Bitch" sort of way. Most importantly: The freedom to be as sexual as possible in music videos and performances no longer feels like freedom, but rather a set of heavy chains.

And this reveal couldn't have come at a better time: Just Thursday morning, the debate over fellow pop star Miley Cyrus' infinitely topical sexuality was reignited thanks to Sinead O'Connor's open letter. It opens up a sort of chicken or egg debate: Is Spears overly sexual because she's been taught to do so by the overly sexy media, or is the overly sexy media trying to stay overly sexy by coercing Miley into wrecking ball gyrations? We may not yet know the answer for Cyrus' world, but Spears' sure as hell just opened an interesting can of worms.

Luckily, she's got a solution that might not be the worst idea in the world. Spears says she wishes music videos could be more "old school" and I have to say, she's describing something of a fairy wonderland where the dream of the late '90s is alive once more.

More like this
Britney Spears Set A Wedding Date With Fiancé Sam Asghari & Previewed Her Dress
By Bustle Editors
Britney Spears & Sam Asghari Announced Their “Devastating” Pregnancy Loss
By Stephanie Topacio Long
Spice Girls’ Net Worth: The Richest Member Is Wealthier Than The Rest Combined
By Hugh McIntyre
Is Megan Fox Pregnant? MGK Gave A Shout-Out To Their “Unborn Child” Onstage
By Hugh McIntyre
Get Even More From Bustle — Sign Up For The Newsletter