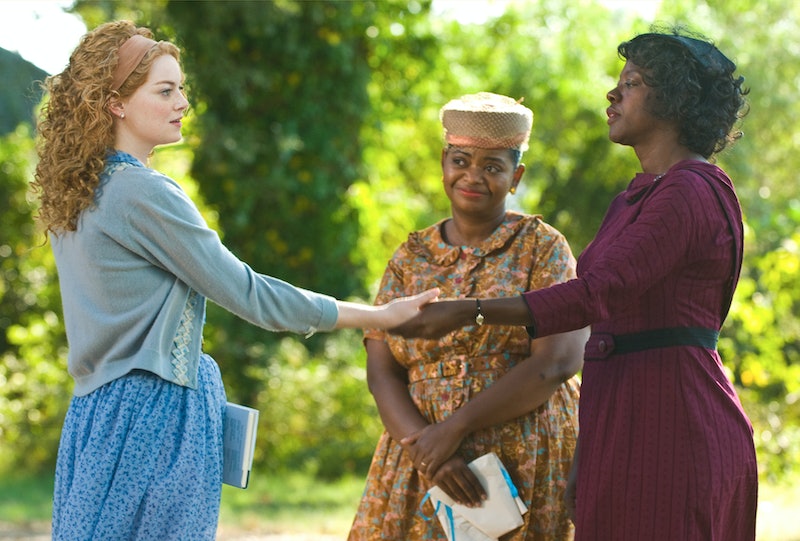 Of all the many issues with this year's crop of Oscar nominations, one of the most disturbing was the total lack of female-led films in the race for Best Picture. Of the eight movies nominated, every single one was a story about a boy or man, with women relegated to supporting roles or, in a sad few cases, hardly represented at all. Only a handful managed to even pass the Bechdel test, and several of them received flack for their depictions of women upon release. Even the film that arguably portrayed its female characters in the most equal light, Boyhood, is, well, called Boyhood; in order to see Oscar-nominated movies with women in the lead, you'd have to go over to the Best Actress section, where films like Wild, Still Alice, and Gone Girl snagged honors.

The lack of female-led films in this year's biggest race frustrated me, as I'm sure it does you, and it also raised some questions: do the Oscars have a history of ignoring women in its Best Picture nominees? Or was 2015 an anomaly, and could viewers look forward to future races filled with feminist, female-driven movies?

As it turns out, the answers weren't as simple as that. Through researching the history of female-led Best Picture nominees, I discovered that the Academy tends to honor more movies starring men than women, yes, but that a year like 2015, with no female-led films in the mix, is rare. Other interesting points: 2013, with women starring in four out of nine Best Picture nominees, was the best year for that since the millennium; in the '30s, a large portion of the female-led films had "girl" or "women" in the title; by this standard, 1978 and 1940 were the most feminist years in Oscar history.

Perhaps most surprisingly of all, I learned that the percentage of female-led Best Picture nominees would be far less if I didn't include movies starring both men and women, like American Hustle or Lost in Translation. I haven't traced the numbers on nominated films with solely women in the leading roles, but judging from the information I found, the answer would most certainly be distressing.

Overall, the Academy's history with female-led Best Picture nominees is relatively poor; for the majority of years, half or less of the nominated films starred women, and, as we all know, incredibly few of the female-led films were directed or written by women. The Oscars still have a long way to go before equality is achieved in its biggest competition, and unfortunately, the chart below shows exactly just how far.

Before the graph, a disclaimer: I researched the nominees myself to determine which ones had female protagonists, so I'm sure there's going to be a few items on the list that are up for debate. I expect some may have a problem with my inclusion of American Beauty, for instance, a film I picked for the screen-time given to Thora Birch and Annette Bening, despite its "star" being Kevin Spacey; others might not understand why I didn't include Network, which earned Best Actress for Faye Dunaway but I felt revolved mainly around Peter Finch's and William Holden's characters. Yet even if there are a few disagreements here or there, the point is the same: when it comes to honoring female-led movies, the Oscars, as the graph shows, are in need for a major change.

More like this
The 'Hocus Pocus' Sequel Finally Has A Release Date & It Makes Total Sense
By Shannon Barbour and Radhika Menon
5 Ways To Stand In Solidarity With Women In America From The UK
By Sophie McEvoy
How To Fight For Reproductive Rights, Based On How Much Time You Have
By Courtney Young
What Is Miles Teller's Net Worth? How The 'Top Gun: Maverick' Star Made His Millions
By Meg Walters
Get Even More From Bustle — Sign Up For The Newsletter