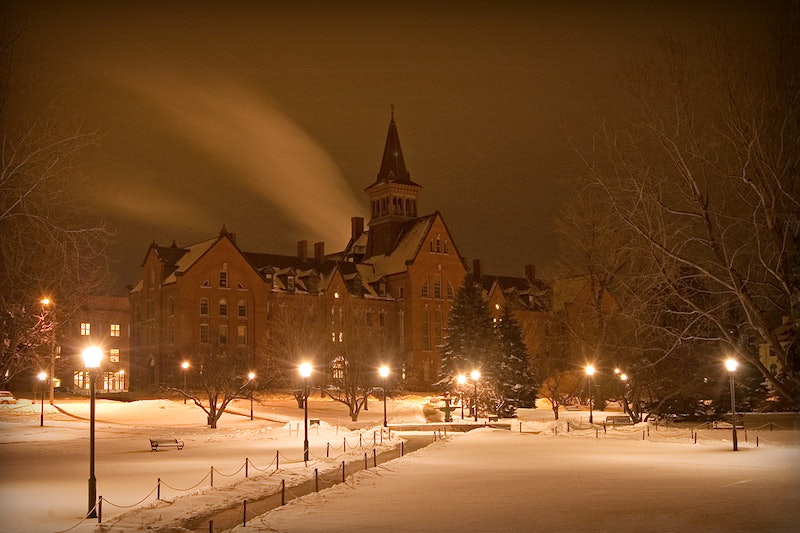 It took several years, but the University of Vermont now recognizes a third gender, and it's a really big deal. The school has decided to let students choose which gender appears on their student records: male, female, or a third option, alternately referred to as transgender or genderqueer. Some colleges have policies dealing with issues of gender identity, and if they don't, they're aware they will have to deal with the issue sooner rather than later. To have a university as venerable and as prominent as Vermont validating this third gender option can only lead to more colleges following suit.

The New York Times spotlights student Rocko Gieselman, who identifies as transgender. For Gieselman, the word transgender has a slightly different connotation than it might for others. Rather than trying to correct their birth gender through hormone treatment and surgery, Gieselman prefers to view themself as a distinct third gender, neither male nor female. Now the University of Vermont allows students like Gieselman decide how their gender identity will appear in the university's records and which gender pronoun they prefer to use (for many, neither "he" nor "she" is a good fit).

That said, it's not a perfect arrangement: There are many different kinds of gender identities, and a better solution would have been to allow students to identify as any one of them, rather than just male, female, or "transgender" or "genderqueer." But it's yet another step in LGBT rights in the United States. Last month, President Obama was the first president to use the word "transgender" in a State of the Union address. And while many states have legalized gay marriage, laws banning LGBT discrimination vary widely from state to state.

Other countries have made a lot of progress on the issue of formally recognizing a third gender. Transgender people in India are now granted the same protections as other minority groups, after an April ruling by that country's Supreme Court officially recognized a third gender. Although employment discrimination against transgender is prohibited in the U.S. by the Equal Employment Opportunity Commission, there's no legal status for a third gender.

As of last month, Nepal's passports also offer a third gender option, eight years after the country's Supreme Court ordered its government to amend existing laws to protect LGBT rights. Australia and Germany have both offered third gender options on their passports for several years.

It seems like American colleges should be the ones leading the conversation about gender identity issues, but like students figuring out who they are and what gender means for them, many colleges still struggle with the fundamentals of how to be inclusive. NPR reported recently that women's colleges are trying to decide whether to update admissions policies to accommodate transgender students.

The New York Times reported that about 100 schools allow students and some staff to choose a name other than their legal first name, a step in the right direction, and are following Vermont's lead on allowing students to choose their own pronouns, including the gender neutral "ze."