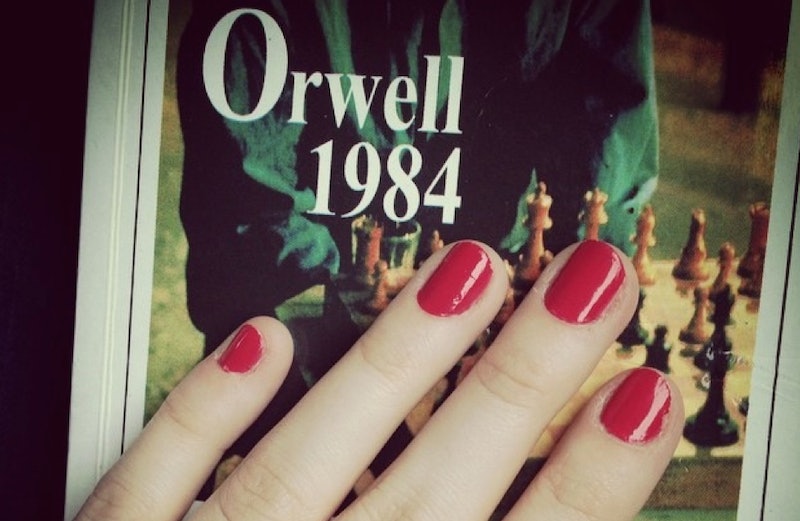 Harper Lee almost broke the Internet when the news came out that 50 years later, she would be releasing a sequel to To Kill a Mockingbird, her beloved classic. Hitting shelves this July, the book will be a look at Scout's life as an adult, long after the events of Mockingbird.

This book already has people expecting huge things of it, as it's been a long time in the making, and with those expectations will also probably come record-breaking release stats. (It's already shot to the top of sales on Amazon — can you believe it?)

July is only five months away, a short time to wait for what is sure to be one of the biggest books of the year, but in the mean time, let's take a look at some other classics books that definitely need sequels of their own. Because let's be real: We need a Mr. Darcy and Elizabeth Bennet honeymoon story ASAP.

Why we need a sequel: Pride and Prejudice was just the beginning! We need a day to day look at Elizabeth and Mr. Darcy. We need a honeymoon phase, and family, and maybe even BABY DARCY. Yes, there are countless re-tellings and "sequels" already out there, but nothing compares to Jane Austen's original.

The Count of Monte Cristo by Aleandre Dumas

Why we need a sequel: This classic has everything that makes for a good story: a vendetta, revenge, a love story, success, heart break, the list goes on. But what is Edmond Dantes up to now? There are so many details from the original that can be expanded upon and continued well into the future, and a novel as exciting as The Count of Monte Cristo is timeless.

The Catcher in the Rye by J.D. Salinger

Why we need a sequel: I think we're all wondering how Holden grew up. Was he able to make peace with himself? Did he stop calling everyone a phony? Most importantly: Did he ever find out where the ducks went? This was the essential coming of age story, and I need more.

Why we need a sequel: One of the few Shakespeare plays where there are enough people alive at the end to even have a sequel, A Midsummer Night's Dream is one of the most fun plays around. The antics of Bottom and his crew, along with Puck, Oberon, and of course Hermia and Helena could continue long after that one evening in the woods. Think of the mischief Puck could be causing among the couples after the wedding!

A Tree Grows in Brooklyn by Betty Smith

Why we need a sequel: Every book-lover has a little bit of France Nolan in her heart. This sequel could take place right after Harper Lee's: Francie years in the future, children and a husband of her own. I can see her now reading books to her kids, trying her best to give them everything she never had growing up.

From the Mixed Up Files of Mrs. Basil E. Frankweiler by E.L. Konigsburg

Why we need a sequel: Show me a child who didn't want to live in a museum for a couple of days after reading this book and I will show you a liar. Mrs. Basil E. is one of the quirkiest fictional characters I've read, and I think we would all love to see what became of her after the novel's conclusion.

The Scarlet Letter by Nathaniel Hawthorne

Why we need a sequel: Hester Prynne was a Very Bad Person by Puritan standards, but today she is the perfect example of a woman doing exactly what she wants and not caring what anyone has to say about it. A sequel could explore all the lessons that Pearl learned from having such a powerful mother and what happened to her after The Scarlet Letter left off. (Although, granted, some people might be a little less than excited they'd have to read another one of these.)

Why we need a sequel: Book or movie, Jesse was the best part of the story. The Tucker family is one of the most memorable, fun-loving families in literature, and since they will live forever, their story should continue, too.

Why we need a sequel: Milo made our childhood imaginations run wild. He took off in his magic tollbooth and embarked on adventures the rest of us could only dream about. What happened after he grew up? Did he have kids of his own? Maybe they somehow had a tollbooth. More adventures could ensue and a whole new generation could be both of this magical novel!

Why we need a sequel: In a generation that loves the dystopian novel, George Orwell would be thriving. A sequel, 2004? 3084? could look at an even more distant future, and the ways humans will run amok. With all the technology we have now, the mind can't help but wonder what Orwell would think of it all.

Why we need a sequel: Huck Finn was so young when the book was taking place, and there are endless possibilities for what he did at the conclusion. I would love to see where he ended up, and a sequel featuring an adult Huck with a son that takes right after him would be nothing short of amazing.