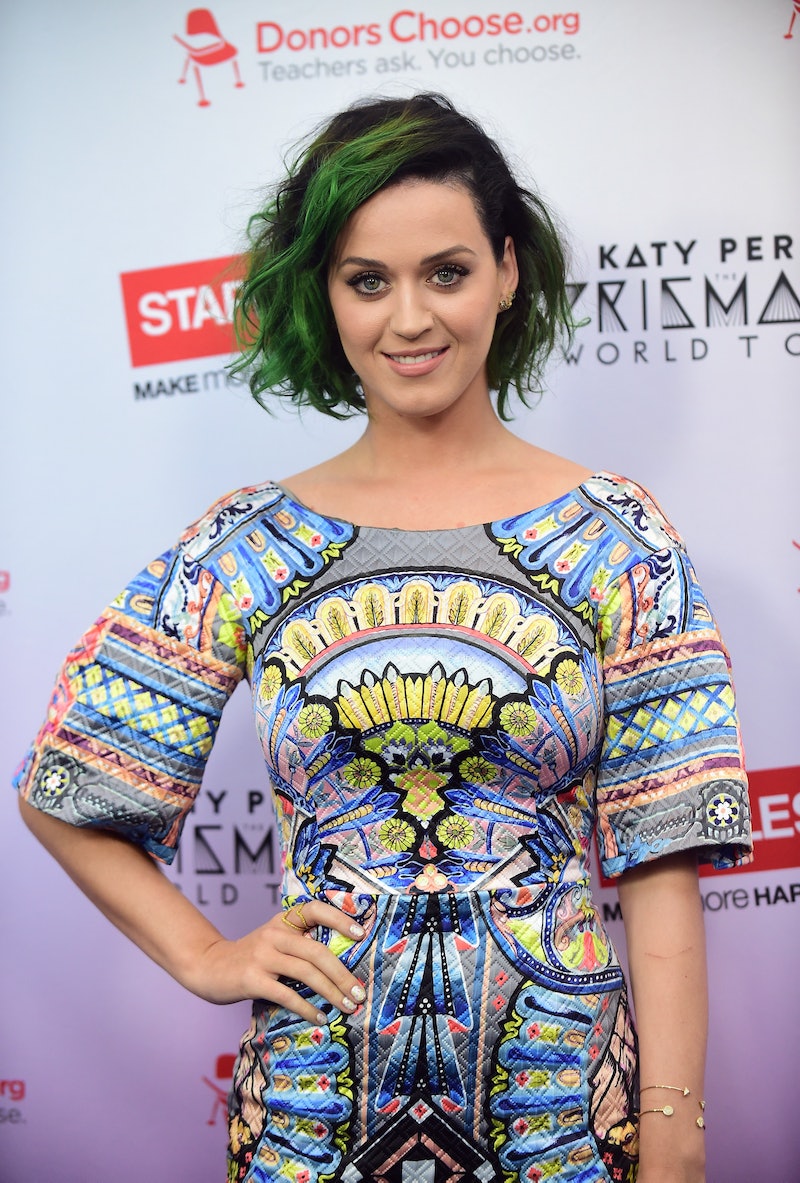 I was thinking that Katy Perry would address the nuanced symbolism of left shark/right shark in her next bout of press, but I guess that was just a foolish dream. In her interview for the March issue of Elle magazine, Katy Perry mentions Taylor Swift and prolongs this whole alleged blood feud between the two stars. Why can't we all just wear high-waisted skirts and get along, you guys?!

Although the whole interview comes out next week, Elle released a handful of entertaining sound bites from the profile on Wednesday. The singer tells an anecdote of fellow artist Adele "stealing her after-show burrito" when she came to one of her shows, which made her think "Adele is so real." 'Kay! She also talks about how hard it is to be a pop star. Then, she goes on to talk about the media's tendency to distill pop stars to one-dimensional character archetypes, which is where Swift gets a mention.

OK, Katy, we weren't gonna ask about Taylor, but tell us how you REALLY feel.

Of course, it's possible that the lead-in question to this, was about Taylor Swift and Kanye West in particular and what roles they play — it's not printed with the interview clips thatElle published online. But either way, it definitely seems like Perry is giving into this, and didn't have to comment on Swift and the role Perry sees her playing in the media.

My main issues with this odd, subtle, maybe-dig at Taylor Swift are, first, that two wrongs never make a right, and second, that I think Perry knows full well that she's setting the publicity wheel in motion here.

Perry has every right to defend her honor, given the heavy hints that Swift has dropped about a supposed arch-enemyship between the two pop stars. However, doing this in a passive-aggressive, underhanded way, just when people are sort of starting to forget about it, is tipping off the folks in the media that something is still going on. In my mind, this was a strategic mention, just as Swift's probably was.

We are, after all, talking about the woman who brought Riff Raff to the VMAs likely just for the street cred. But as long as she's playing this game, it would be nice if she didn't do so in the same breath that she's decrying the sensationalist media. Because, clearly, she's benefiting from it.