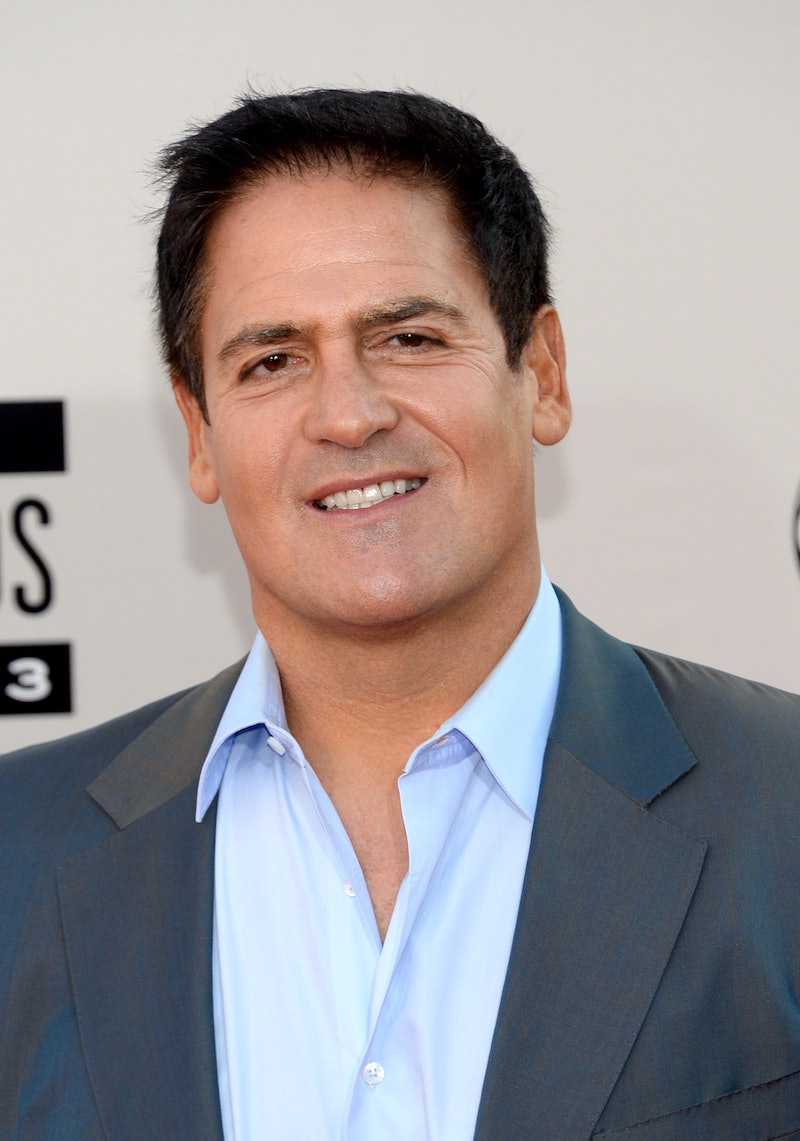 All of the "sharks" on Shark Tank are awesome, but when it comes to Mark Cuban, his role on Shark Tank is overly-warranted. The business experience from the sharks includes years of investing and successful business ventures, but Cuban's "years" of business ventures have actually spanned almost his entire life. The 56-year-old is one of the richest men in the world, with a net worth of $2.7 billion, according to Forbes. That's billion with a "b." So how did Cuban make all of that money?

If you've ever dreamed of going on Shark Tank and pitching your idea for some really weird concept that has a "niche audience," and you're shut down, I highly suggest you heed the advice Cuban and the other sharks give you, because they know what they're talking about. From a very early age, Cuban has been involved in businesses, and from the looks of it, almost all successful businesses (by successful, I mean profitable). Take a look at how Cuban made all that moolah and continues to be one of the wealthiest people in the world.

I wasn't exaggerating when I said he's been running businesses for his entire life. At age 12, TribLive reports, Cuban started selling powdered milk and garbage bags, which might not be that glamorous of products to sell, but hey, if there is a market for it...

Also according to TribLive,at Indiana University, Cuban made money ($25/hr, to be exact) by giving sorority members disco lessons. It kind of sounds like a win-win for both parties, making money and dancing with Mark Cuban.

Cuban also opened up a pub in Bloomington, Ind., where Indiana University is located, called Motley's. So not only was he a college student, but he also owned a bar... which Cuban's statistics professor told TribLive was really popular with both students and professors.

Out of college, Cuban also started a computer consulting firm, which he had no experience in, and was able to sell it in 1990 for $6 million, as reported by USA Today, and the money he made from that went straight to other investments.

His Love For College Sports Earned Him Billions

This might be the most impressive thing Cuban has ever done. In 1995, Cuban wanted to listen to basketball games in Indiana on the radio, but at the time he was living in Texas, so he created Broadcast.com. He eventually sold the radio site to Yahoo! for, wait for it... $5.7 billion. BILLION. He didn't pocket all of that money; a lot of it went to employees at Broadcast.com, making some of them instant millionaires.

In a "no big deal" sort of way, Cuban bought the Dallas Mavericks in 2000 for $285 million. Cuban has also been interested in buying an MLB team, putting bids on the Chicago Cubs and Texas Rangers that ultimately didn't work out. Can we get this guy a baseball team?